Radhika Pandit took to her Instagram handle and shared a series of pictures with her husband, Yash and children, Ayra and Yatharv to wish everyone on Ugadi and Gudi Padwa. Check it out!

South Indian star, Naveen Kumar Gowda aka Yash, is a big brand name in Tollywood. He enjoys a massive fanbase, and they commonly call him 'The Rocking Star'. After his film K.G.F had hit the theatres, people had lauded the actor with praises from all corners. However, the actor's personal life is quite blissful. He had met his soulmate, Kannada actress, Radhika Pandit on the sets of her television serial Nandagokula in 2007. Soon they had started dating and the rest is history.

For the unversed, Yash and Radhika Pandit had got married in a private ceremony on December 9, 2016. They had embraced parenthood for the first time with the arrival of their baby girl, Ayra, on December 2, 2018, and later they had become parents to a baby boy, Yatharv, on October 30, 2019. Since then, Yash and his wife, Radhika, often share pictures of their family moments on their respective social media handles. A few hours ago, Radhika Pandit took to her IG handle and shared a series of pictures with her husband, Yash and their two little munchkins, Ayra and Yatharv. The photos were taken during their lunchtime. In the pictures, we can get a glimpse of the delicacies they were having plated on a banana leaf. 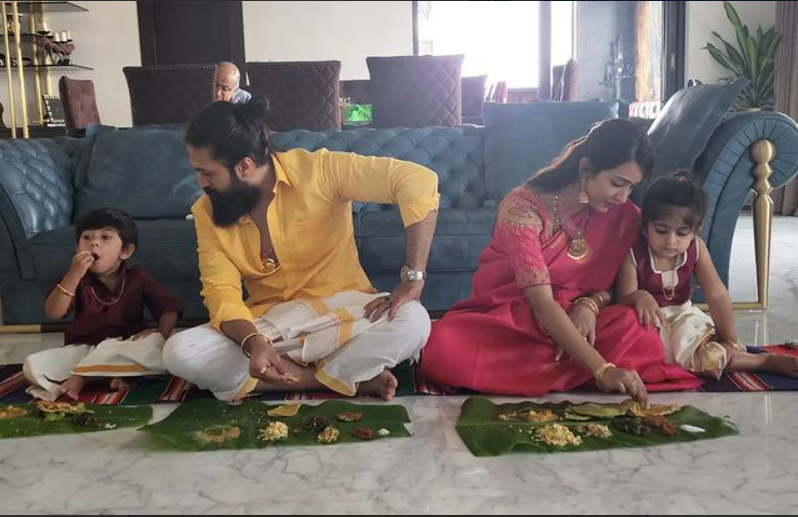 Radhika looked very pretty in a pink-coloured silk saree which she paired with an embroidered blouse, temple jewellery and minimal makeup. While Yash looked handsome in a mustard yellow-coloured kurta and white and golden bordered dhoti. On the other hand, Ayra looked adorable in a maroon and cream-coloured lehenga, and Yatharv looked stunning in a twinning outfit with his sister. In another photo, Yash and Yatharv twinned in their pose, like father like son. Sharing the pictures, Radhika wished her fans on Ugadi and Gudi Padwa. She wrote:

"E Varsha Beviginta bella jaasti irali.. Tumba obattu tinni. Yellarigu UGADI habbada shubhashayagalu!! To everyone out there celebrating.. a very happy Gudi padwa ( have lots of Puran poli today) after all that's what festivals are all about.. Happiness, togetherness and FOOD." 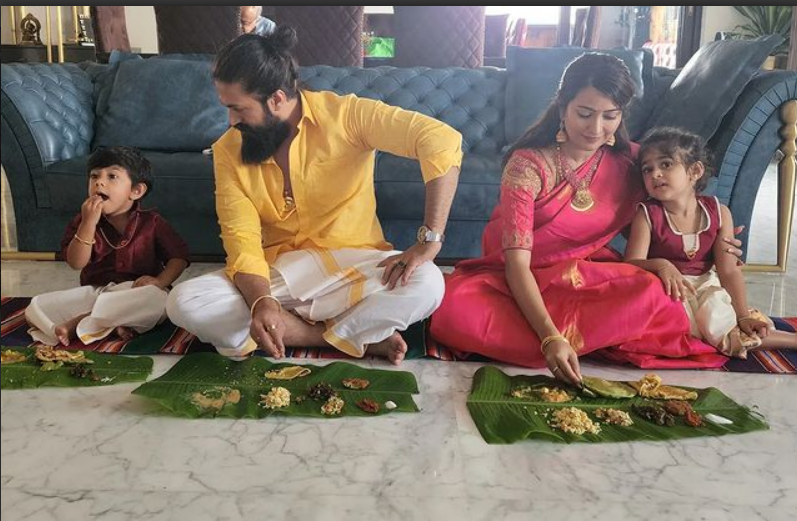 As Yash had turned 36 on January 8, 2022, his wife, Radhika Pandit had shared a glimpse of their midnight celebration on her IG handle. Taking to her IG stories, she had shared a video of Yash’s K.G.F.-themed birthday cake with a ‘Happy Birthday Rocking Star Yash’ tag on it. Radhika had also shared a picture of Yash’s second cake made with fruits and ‘Happy Birthday Dadda’ written on it. We had also got a glimpse of the birthday card their kids, Ayra and Yatharv, had given to their daddy. The star kids had made their hand impressions on a paper surrounded by a red heart and had written: 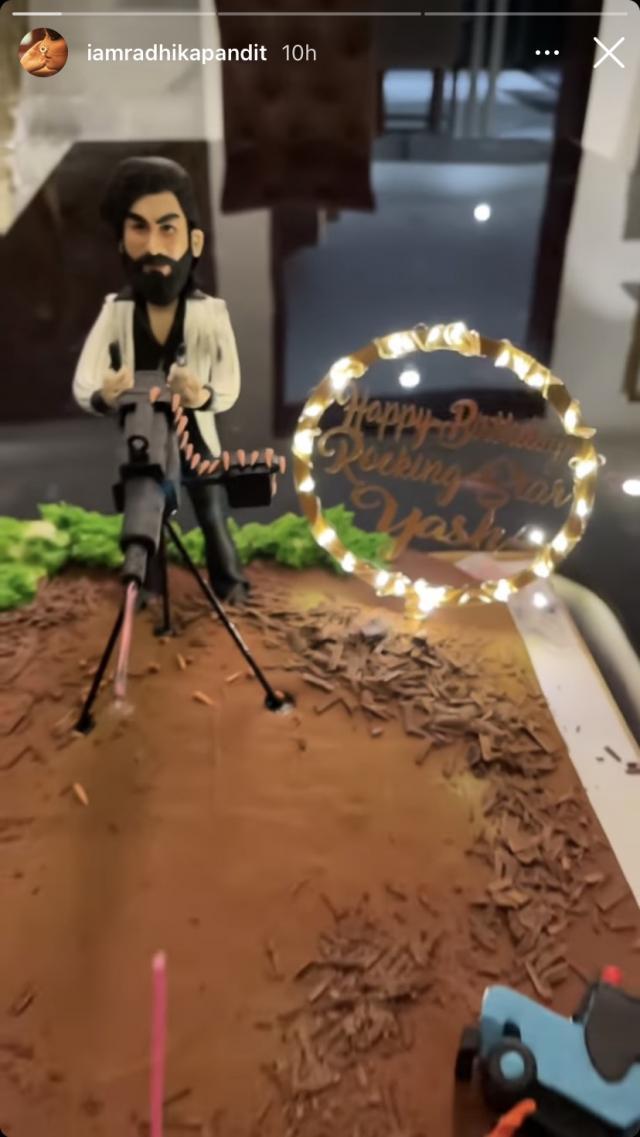 Well, we are in love with Yash and Radhika's pictures with their munchkins. What about you? 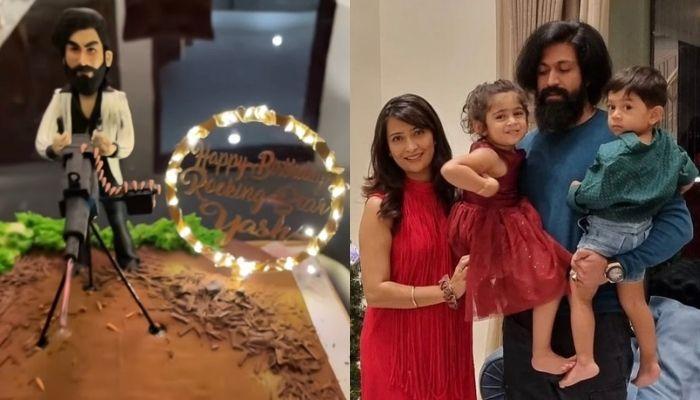 Naveen Kumar Gowda, known by the stage name Yash, is one of the most popular names in Kannada cinema. K.G.F. star, Yash had met his soulmate, Radhika Pandit during a shoot and their first impression was completely opposite. Later, the two had become friends and after an engagement in Goa, the two had