Katrina Kaif's Pregnancy: Netizens Doubt Whether Her Absence From Media Glare Is Due To This Reason

Katrina Kaif's Pregnancy: Netizens Doubt Whether Her Absence From Media Glare Is Due To This Reason

Katrina Kaif has been absent for quite a long time from social media, and she was also not spotted at any event or outside the airport. And netizens found a solid reason for this. Check out!

Bollywood actress, Katrina Kaif had tied the knot with the handsome hunk, Vicky Kaushal on December 9, 2021, in a super-secretive wedding. Since then, the couple often delights their fans with their mushy romance and cute PDAs. However, just like any other celeb couple, rumour mills have been looking for Katrina's pregnancy since they got married. And now, gossipmongers have found a solid reason to suspect the same.

Last time, Katrina Kaif was spotted with her husband, Vicky Kaushal at the filmmaker, Karan Johar's 50th birthday bash on May 25, 2022. Karan's birthday party was indeed a star-studded one. For the event, Vicky and Katrina had also turned heads with their respective attires and presence. The paps stationed outside the venue managed to delight us with the duo's glimpses wherein, Katrina donned a white-coloured midi dress with a feather feature attached on one of its shoulders. On the other hand, Vicky looked dapper in a black-coloured tuxedo. Check out the duo's glimpse:

Also Read: Raveena Tandon Wishes Her Son, Ranbir Thadani On His Birthday With A Video, Pens An Emotional Note Afterwards, Katrina Kaif isn't papped at any event, she was not even spotted outside the airport or has updated anything on her social media lately. With her absence from the media glare, gossipmongers guessed the real reason might be that the actress is pregnant. Though some of her fans are devastated as they aren't getting any glimpse of Katrina's life, the other side of netizens are suspecting that she and her hubby, Vicky Kaushal might be expecting their first baby. Check out the netizen's reaction to a poll based on Katrina's absence, created by the ETimes: 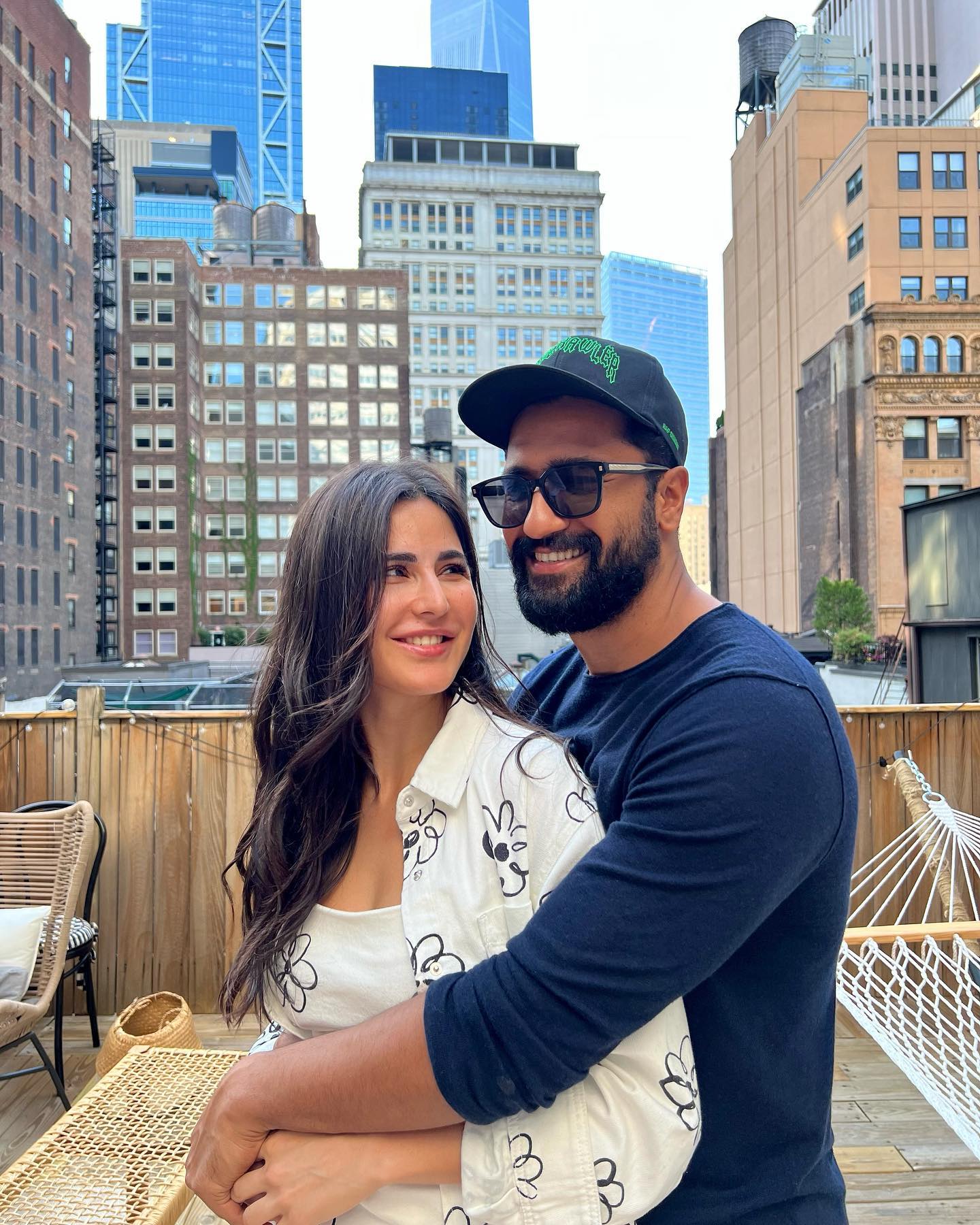 However, Katrina and Vicky's fun banters are still found on their respective social media handles. On May 30, 2022, Katrina had taken to her Instagram stories and reshared a Reel posted by her ZNMD co-star, Hrithik Roshan, in collaboration with the brand, Beardo. Along with it, she pointed towards Hrithik's beardo look, and mentioned her love for it. Following this, she tagged her hubby, Vicky and teased him for the same. Atop it, she had written, "@vickykaushal09 hmmmm", followed by a thinking emoji. However, the doting hubby reshared the story and responded to it with a hilarious note. Vicky had written:

"@beardo.official we need to talk!!" 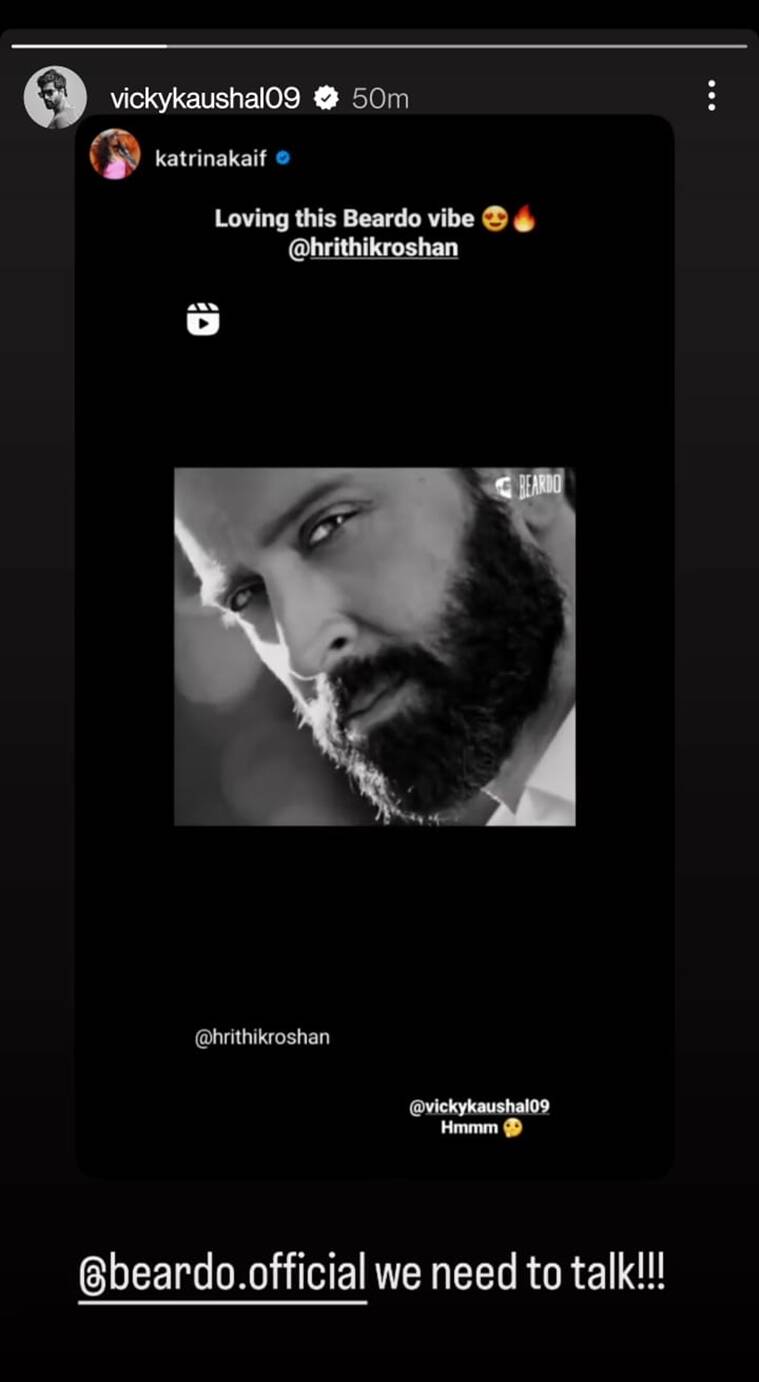 Vicky indeed took note of his wife, Katrina's wish to see his beard look and has quickly grown it within a month. On July 9, 2022, taking to his IG handle, he shared a Reel flaunting his beard look. Vicky's montage video comprised some of his recently clicked pictures, and he was wearing a black T-shirt paired with a checkered suit, a black hat and silver jewellery. However, his caption, especially mentioning the same beardo company, caught our attention. He had penned:

"This is just the beginning… @beardo.official !!!"

What do you think might be the reason for Katrina's absence from the media glare? Let us know!

Next Read: Ranveer Singh-Deepika Padukone's Adventurous Trip: From Cycling To Swimming And Kissing In The Wild 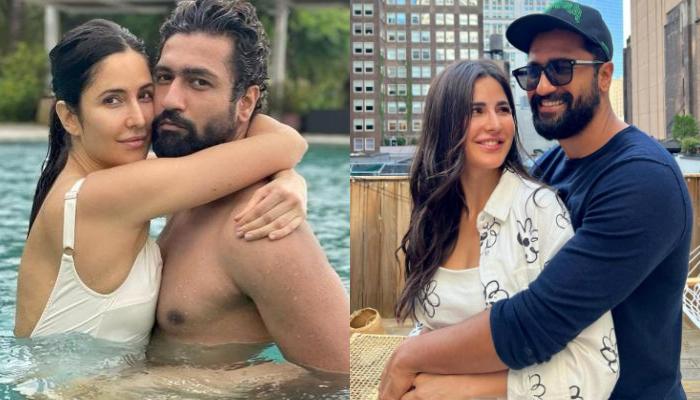 When the most glamorous actress, Katrina Kaif took pheras with the man of her dreams and the most handsome actor, Vicky Kaushal, it was their massive fanbase who couldn't believe their eyes and were left in a meltdown. Well, it was on December 9, 2021, when the madly in love