Katrina Kaif shared why her husband, Vicky Kaushal danced to all of her songs for 45 minutes on her birthday. The reason behind it would melt your heart!

After keeping their fans guessing over their relationship status for several months, Vicky Kaushal and Katrina Kaif had got hitched on December 9, 2021, in a hush-hush wedding ceremony. Their out-of-the-blue marriage had taken the entire nation by a pleasant surprise. Whether it’s learning to cook or following every ritual, Katrina Kaif has been the perfect Punjabi bahu ever.

For Koffee With Karan 7’s episode, Karan Johar invited the incredible cast of the film, Phone Bhoot, to his couch. On the show, Katrina Kaif, Siddhant Chaturvedi and Ishaan Khattar made several revelations about their exes and love life, which is unmissable. During one of the segments, the newly married actress shared how her hubby, Vicky had done something incredible to make her smile on her birthday.

Recommended Read: Alia Bhatt Complains Of Back Pain As She Returns From Ujjain, Fan Says, 'Never Seen Them Relaxing' On Koffee With Karan 7, Katrina Kaif talked about her married life with Vicky Kaushal in length. During the rapid-fire round, she spilled the beans and shared the sweetest gesture that Vicky has done for her so far. As we know, she was diagnosed with covid-19 in June 2022, and after recovery, she celebrated her birthday in the Maldives with Vicky Kaushal, her devar, Sunny Kaushal, Illeana D’Cruz and her close ones on July 16, 2022. Even after the recovery, the actress had fatigue and weakness. And to lift her mood, it was Vicky who performed for 45 minutes on all of Katrina’s songs, just to make her smile. Katrina can be quoted as saying:

“On my birthday, I was just recovering from being very unwell. I had a very tough time with Covid. He could sense that I was not having a good time and somehow, he just turned the switch. He did a 45-minute concert of every single song of mine and danced entire songs. And everyone sat down, and stopped dancing. Everyone was like, ‘How does he know every step?’ The steps weren’t perfect but he just got the vibe, and danced it through. But the reason behind it was to make me laugh.” 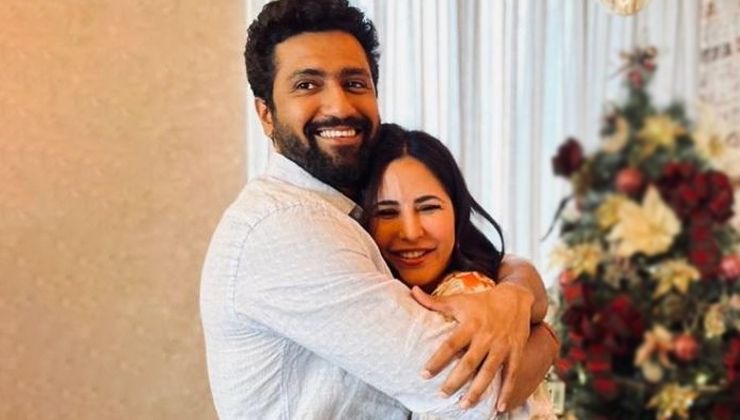 The lovebirds, Katrina and Vicky had broken stereotypes by tying the knot even after belonging to two different religions. In the same conversation, Karan Johar quizzed the actress about the same. To which, Katrina shared that the one thing which impressed her was Vicky’s polite behaviour with his parents. She added that Vicky was a bit restrictive at the beginning of the relationship because of the respect he holds for his mom and dad. In her words:

“The most important thing is how Vicky is with his parents—it’s so incredible, at some point, even if he was a bit restrictive at the beginning of the relationship, this is the kind of respect and loyalty he gives to his family. This is what he’ll do after marriage. His principles and values are so strong, that was overwhelming.”

Also Read: Sonam Kapoor Ahuja Makes A Cutesy Revelation After Her Son's Arrival, It's Every New Mom Ever Karan Johar’s 'Koffee couch' is called the couch of manifestation, as every time a celebrity makes a wish, it gets fulfilled over a period of time. Vicky and Katrina’s love story had also started from the same 'Koffee couch'. Talking about the same, the doting wifey said that she knew nothing about Vicky before meeting him, but once they met, she was indeed in love. Katrina added how everything aligned beautifully, making her realise that marrying Vicky Kaushal was in her destiny. She stated:

“I did not even know much about him. He was just a name I had heard but had never associated with. But then, when I met him, I was won over. It was my destiny and it was really meant to be. There were so many coincidences that at one point all of it just felt so unreal.” 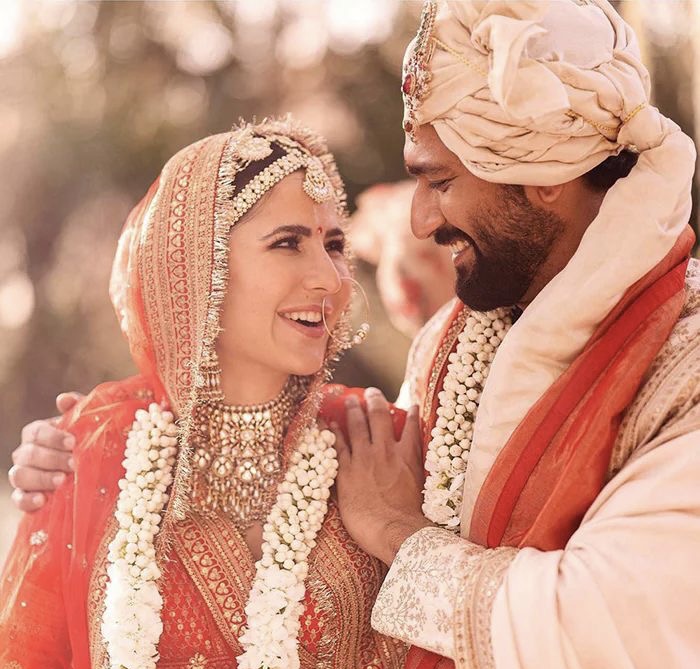 We love how Vicky made a special effort to bring a smile to the face of his ladylove, Katrina! What about you?

Next Read: Amitabh Bachchan Shares What A Friend Told Him After His Father's Demise: 'Aapko Khush Hona Chaiye'