Kashmera Shah and Krushna Abhishek are considered to be one of the power couples of the television industry. Recently, Kashmera revealed the reason for not visiting hubby, Krushna on the sets.

Some love stories have to go through the tough times and cross all the hurdles. Not every relationship is blessed with a steady and smooth beginning. The television couple, Krushna Abhishek and his wife, Kashmera Shah, too have faced the hurdles in the beginning of their relationship. They had a roller coaster love story but had crossed all the hurdles to be together.

Their love story started with a one night stand evolved into a perfect marriage. Kashmera Shah was earlier married to Brad Listermann, but the two had gotten separated in the year 2006. Post her separation from her first husband, Kashmera had moved to Mumbai. Krushna and Kashmera had met on the sets of the movie, Aur Pappu Pass Ho Gaya. Krushna was head-over-heals in love with Kashmera and post her divorce with Brad, the two had started dating. (Recommended Read: Raj Kundra Shares His Radha, Shilpa Shetty Kundra's Dance Moves With Him On Ganesh Chaturthi)

Kashmera Shah Reveals Why She Wants To Be A Full-Time Mother To Her Sons, Rayaan And Krishaang 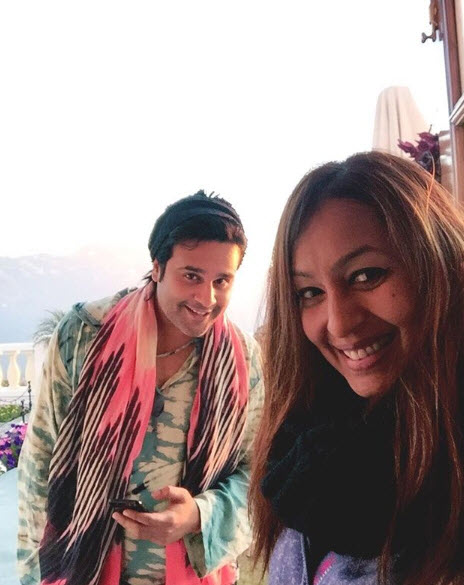 Kashmera Shah and Krushna Abhishek are one of the power couples of the television industry. However, we have never seen Kashmera on the sets of Krushna’s show, The Kapil Sharma Show. In a recent interview with International Business Times, Kashmera revealed the reason behind her absence and was quoted as saying, “I have been there once, with my kids. I am a working person myself and I get very hassled when somebody comes on my set. Then I have to entertain them too and it's my workplace. So hence, I don't really go with the kids or don't go there myself to sit there and disturb them. Vo bhi hai plus Krushna will get conscious if he has to romance someone. So, I don't want to be a burden on them or disturb them or affect their performance in any way by my presence." 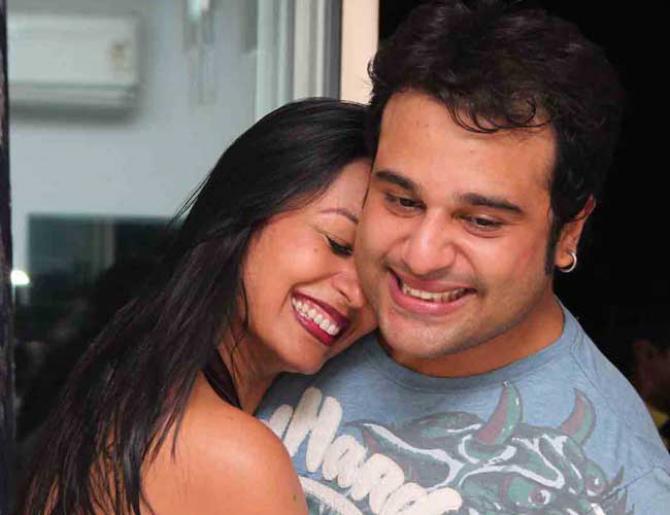 Kashmera Shah further revealed that she has been on the show once and the reason behind her visit was Salman Khan. She revealed, “And I don't go around giving advice to people. I don't do that. I completely support them in everything. I watch and enjoy their episodes but, I don't go there. Main kya karoon wahan jaake? The only time I went there was when Salman had come and wanted to meet the kids. I had just come from abroad that day and we went there, stayed there for almost an hour, the kids met him, and we came back. That was it." 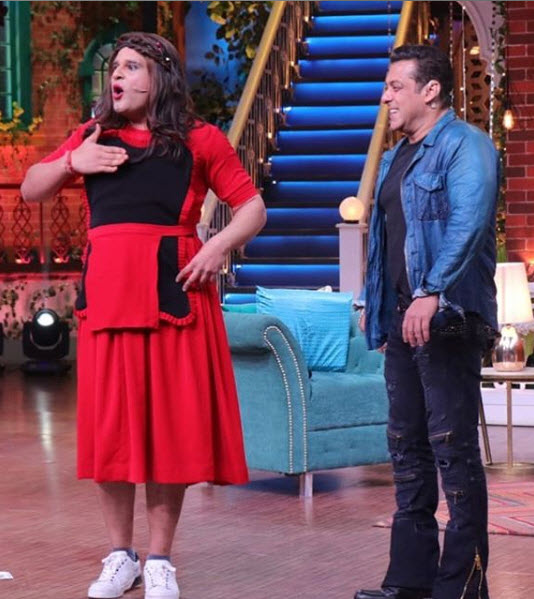 Kashmera Shah also talked about her equation with other stars of the show. She said that she has a lot of love and respect for all the stars of the show and they all share an amicable and friendly equation with her too. In a throwback interview, revealing how their love story began, Kashmera had said, “Before we landed on the sets of a film we were to do together, I didn’t even know him (Krushna). I knew I was to work with Govinda’s nephew in the film, that’s all. I never carried high heels hence. It was a one-night stand for both of us.” (Must Read: 'Mahadev' Actress Neha Kaul Chooses Hebrew Name For Newborn, Shares Baby's First Complete Picture) 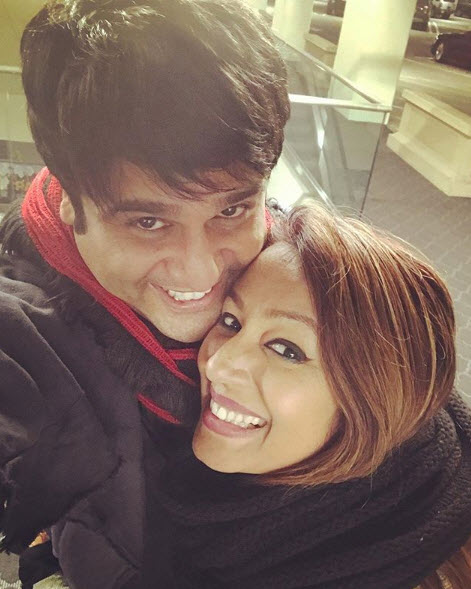 Krushna had also spoken about the incident and had revealed, “Actually that is how it happens with everyone… it is just that they do not admit. But after that night, she got a lot more caring towards me… bringing me khaana and all. Actually, Kash was giving me hints from the beginning itself. There was this once when we were seated in the van and the lights went off and I said, ‘Ab kya kare?’ Now that is something anyone would have said in that circumstance, and very suggestively our lady here said, ‘Kyun, kuch kare?” Kashmera Shah and Krushna Abhishek had tied the knot in the year 2013. After 14 failed attempts, the two were blessed with twin boys, Ryan and Krishank through surrogacy in the year, 2017. Talking about her sons, Kashmera had said, “One is Ryan, the other Krishank. Ryan is demanding like me, Krishank is the quiet one like Krushna. Ryan means Sultan. We call him Sultan at home. Krishank is called Chiku. So, Chiku Sultan it is.” The couple plans to adopt a baby girl soon. (Suggested Read: Siddharth Chopra, Priyanka's Brother Spotted With Mystery Lady At Antilia After Calling Off Wedding) 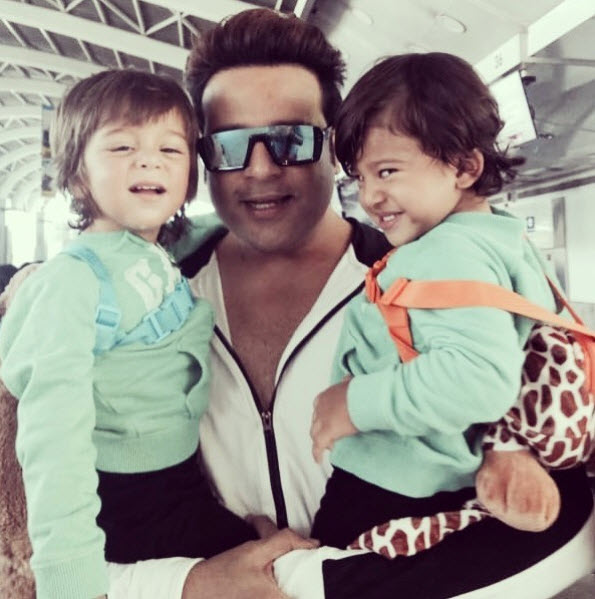 On the auspicious occasion of Ganesh Chaturthi, Kashmera shared a lovely family picture on her Instagram handle from their celebration. She captioned it as, "With Ganesh ji and my family by my side I don't need anyone else. God bless my small family and let them always have happiness and success in their lives. Here is beginning a new year with auspicious Shree Blessings." Such a lovely family. What do you guys think?