On 22 August, 2019, Kartik Aaryan and Sara Ali Khan were spotted outside a Mumbai hospital. Why did they go there? Check out the story to find out. Luka Chuppi actor Kartik Aaryan has come a long way and there is no looking back for him. His closeness with Sara Ali Khan has always made it to the headlines. Kartik is a hot favourite in Bollywood now, thanks to his chocolate- boy image and astounding fan following that seems to include Sara Ali khan. Fans enjoy the photos and videos of the actor that surface on social media from time to time.

Kartik, just like any other person is extremely close to his family. Known for their touches of sarcasm and puns, fathers undoubtedly are the best teacher one can have. They also sometimes go the extra mile to imbibe new things and teach the same to their kids. Kartik is close to his family and has shared pictures on his social media accounts to prove the same. Kartik has always made it to the headlines not only because of his professional life but also due to his personal life. And if rumours are to be believed, Kartik and is currently dating Simmba actress Sara Ali khan and the two are spotted together at many occasions during their casual outings. ( Recommended Read: Sara Ali Khan Opens Up About Her Equation With Kareena Kapoor Khan) 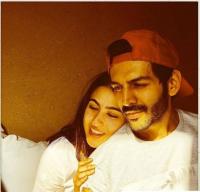 On August 22, 2019, the duo was spotted outside a Mumbai hospital. The two were clicked post visiting Kartik's daddy who has been hospitalised in Mumbai. Here are the pictures and videos of the two outside the hospital: 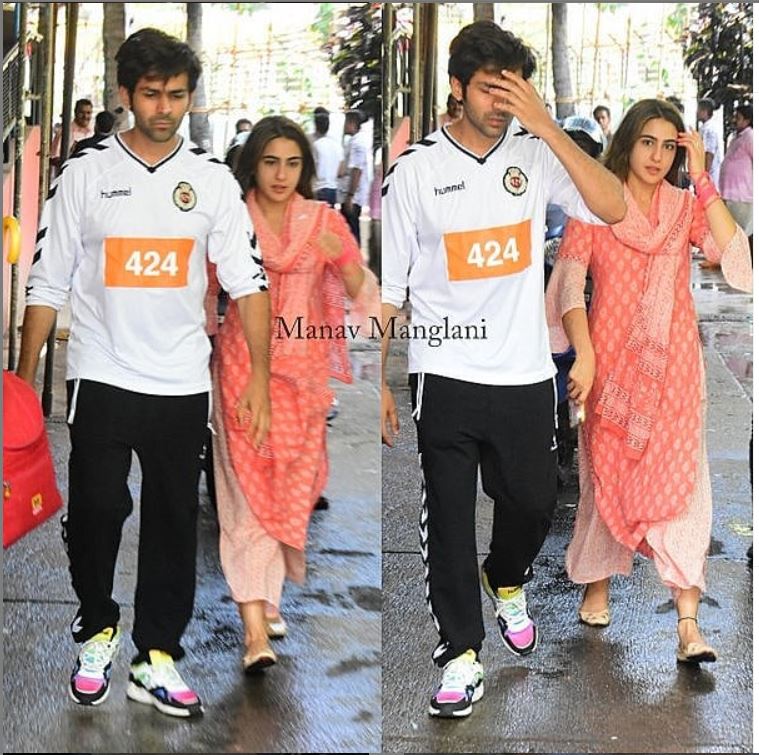 Kartik and Sara have been turning heads with their public appearances. On Sara’s birthday, Kartik had shared a photo with the 24-year-old actress and called her "Princess”. The two also exchanged sweet words for each other after wrapping up the shooting of Imtiaz Ali’s Aaj Kal. (Do Read: This Bride Wore A Green Lehenga With Minimal Makeup On Her Wedding, Looked Her Elegant Best) Coming back to Kartik and his relationship with his father, the two share a warm bond. A few months back, Kartik had celebrated his father’s birthday and as a gift, his father had reportedly asked him to stay away from his phone when he is with the family and Kartik had agreed to it. While the actor has gained so much popularity lately, he still appears to be humble and family-oriented. In an interview with an online portal, Kartik had revealed about who is more lenient amongst his parents and had said, “She was very strict. While growing up, I used to sleep at 8 pm and get up at 4 am to study. And this was until I was in class 10, as she wanted me to score big in board exams. But I’d secretly watch wrestling and cricket on TV when she wasn’t around, and she used to catch me and tell me that I need to study first. Now, I realise that it actually helped me grow and inculcated discipline in me.”

In another interaction, Kartik has also spoken about his bond with his mother, Mala Tiwari, and was quoted as saying, “She is my best friend the strongest woman I’ve ever known in my life. She’s supportive, independent and from my childhood days till today, I’ve seen her struggles and I think that has made her stronger. The positive attitude she has towards everything even if it’s not working, I’ve adopted the same. I am a reflection of my mother.” 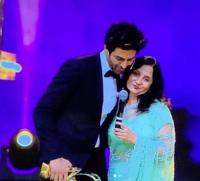 Kartik had once shared a cute video on Instagram where his father was seen helping him tie a necktie accurately. The video was from Kartik’s earlier days in the industry and he looks quite young in the video. He had captioned the video as, “Happy Father’s Day Papa! Thanks for always being there even when u had no clue. Throwback to my initial red carpet days when he was my stylist." #Favbaapbetavideo. The catch is Kartik’s father himself did not know how to do it. The video had featured his father watching a video and helping Kartik to tie the tie. The father-son duo had seemed perplexed but still, his father had continued to give instructions to Kartik. (Suggested Read: Kapil Sharma Reveals If He Wants A Boy Or A Girl On Embracing Fatherhood Soon, Says We Are Waiting)