Kartik Aaryan took the blessings of Lord Ganesha at his home before starting the shooting of his film, 'Satya Prem Ki Katha', opposite Kiara Advani, and the interior of his home is winning hearts.

Popular actor, Kartik Aaryan has taken the industry by storm as his film, Bhool Bhulaiyaa 2, was one of the rare films in 2022 so far which wasn't boycotted by the cinema lovers, who are currently in a war against the B-town. The actor also announced on September 3, 2022, that he has started shooting for his next big project, Satya Prem Ki Katha, in which he will be sharing the screen with the ever-so-gorgeous actress, Kiara Advani. The fans receive the announcement with open arms as they cannot wait to see this lovely pair on the big screen again.

For the unversed, Kartik Aaryan had made his acting debut in the Hindi film industry with the film, Pyaar Ka Punchnama in the year 2011. Since then, he had worked in numerous hit films like Pyaar Ka Punchnama 2, Sonu Ke Titu Ki Sweety, Luka Chuppi, Dhamaka, and many more. No wonder he is currently one of the leading young male actors, who are the audience's favourite and holds the talent to fill the theatres. On September 3, 2022, Kartik Aaryan took to his Instagram handle and shared a picture that is doing rounds all over social media at the moment. In the picture, Kartik can be seen praying in front of Lord Ganesha's idol, which is placed on a beautiful round table. The actor looked handsome in a white T-shirt and blue denim, and what caught everyone's attention was his pawdorable dog, Katoori, who can be spotted lying just behind him. Apart from Kartik and Katoori, the house's interior made everyone fall in love with this picture. Whether we talk about the texture of the wall just behind the Ganpati idol or the ceiling that was covered with flowers, Kartik's house is simply unmissable. 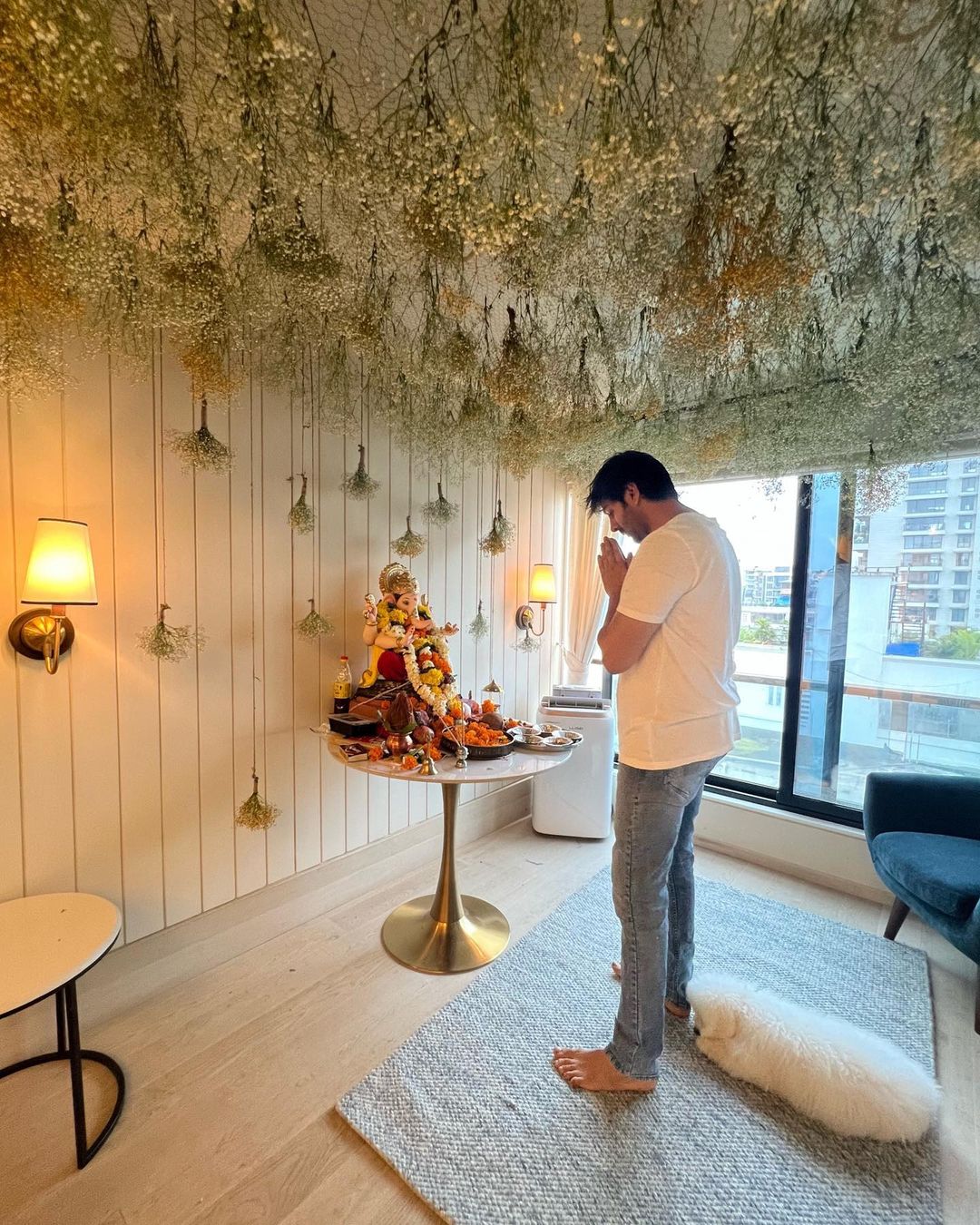 This isn't the first time people are talking about Kartik Aaryan's Mumbai apartment, as he had shared multiple glimpses of his house on social media during the nationwide lockdown. As per a report in DNA, the actor had purchased the luxurious flat for a whopping amount of Rs. 1.60 crores. Apart from the jaw-dropping interiors of the apartment, Kartik's home is a sea-facing property and is located in Versova, Mumbai. Kartik lives with his parents Manish Tiwari, Mala Tiwari, and his younger sister, Kritika Tiwari. In a conversation with Film Companion, Kartik Aaryan talked about his professional success and shed some light on the upcoming projects in which he is currently engaged. However, he also talked about his personal life and confirmed that he is single at the moment and isn't dating anyone. The actor also opened up about his breakup with his ex-girlfriend, Sara Ali Khan and admitted that he had hardly dated anyone since then. Although the actor first stated that he had dated no one for the last 1.5 years, he soon corrected it to 1 year and explained that he doesn't think it's that precise. To support his relationship status, he added that the last dialled number in his call log is of his mother. 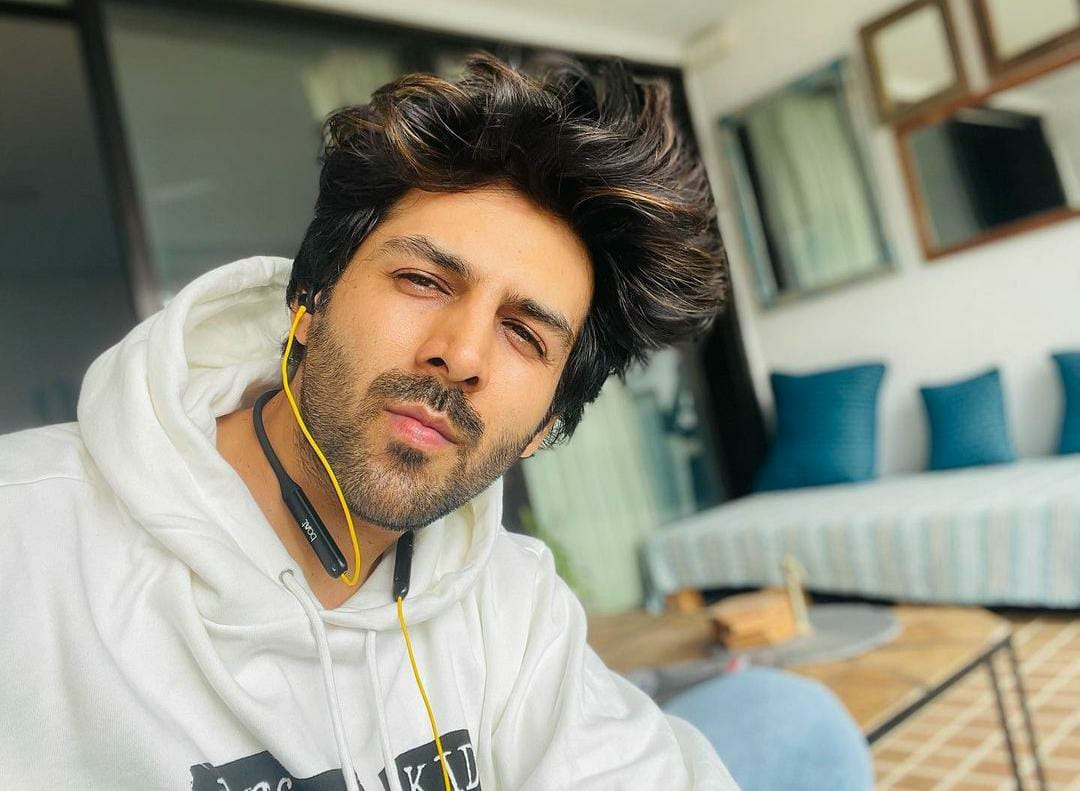 Apart from his professional commitments, Kartik Aaryan is enjoying his singlehood at the moment. Despite so many reports and speculations of him being in love with Janhvi Kapoor, the actor had clarified the same in numerous interviews and media interactions. A few weeks ago, in a conversation with the Film Companion, Kartik had once again confirmed that he is single and isn't dating anyone. In the same interview, he also talked about his ex-girlfriend, Sara Ali Khan and admitted that he hadn't dated anyone since his relationship with her. On the professional front, Kartik Aaryan will be next seen in the film, Shehzada, opposite Kriti Sanon.