'Love Aaj Kal' actor, Kartik Aaryan is currently busy in the shooting of his upcoming film, 'Bhool Bhulaiya'. However, the actor has recalled his first meeting with Taimur Ali Khan recently. When Saif Ali Khan and Kareena Kapoor Khan had announced the news of Bebo's pregnancy, we were not able to keep our excitement under control. Everyone wanted those nine months to get over as soon as possible so that we could get the first glimpse of chote nawab. And that lucky day had come when Nawab of Pataudi, Saif, and his Begum, Kareena had graced the balcony of their Mumbai residence with their little cotton ball in Saif’s arm safely. Taimur Ali Khan, who had become an overnight internet sensation, has been ruling our hearts with his beautiful smile and royal antics. (Recommended Read: Divyanka Tripathi Dahiya And Vivek Dahiya Shift To Their New Lavish 4BHK Apartment, Details Inside)

Well, Taimur has overshadowed his parents' stardom, as every interview of Saif and Kareena looks more like a chitchat session about their son, Taimur. Everyone wants to know where Taimur is going on vacations and how he is going to spend his birthdays. On top of this, we have recently seen a lot of celebrities cutting some time out of their busy schedules to meet Bollywood’s cutest baby. Now, the latest name that has added into that list of celebrities is of Love Aaj Kal actor, Kartik Aaryan and he has revealed some details of his interaction with Taimur Ali Khan in his recent media interaction. 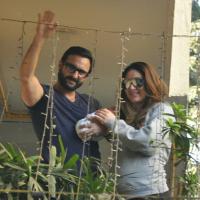 Kartik Aaryan is currently busy in the shooting of Bhool Bhulaiya’s sequel and pumped up to replicate the incredible performance of Bollywood’s khiladi kumar, Akshay Kumar in the original film. However, the actor took some time from his busy schedule and went to see his ex-rumoured girlfriend, Sara Ali Khan’s half-brother, Taimur Ali Khan. Kartik has revealed that he was shooting for his another upcoming film, Dostana 2 in Chandigarh and Kareena Kapoor Khan was also shooting in the same city for her next film, Laal Singh Chaddha. Thus, he decided to pay a visit to the little bundle of happiness and has revealed that the first conversation between him and Taimur went well and with a burst of huge laughter has revealed that the only thing he said was ‘Ka Ka Ka Ka’. Well, this is hilarious and reminds us of Bollywood’s king khan, Shah Rukh Khan’s legendary stammer from his film, Darr, where he used to say ‘Ki Ki Ki… Kiran’. (Don't Miss: Sanjay Kapoor Shares A Throwback Childhood Picture Of Girl Gang, Janhvi, Shanaya, And Khushi Kapoor) 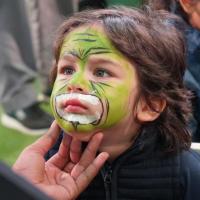 Well, some days ago on February 20, 2020, Salim Merchant had met Taimur outside his building and just like all of us, he fell in love with his cuteness too. The singer had posted a couple of pictures on his Instagram handle and had written a small caption that could be read as "Look who I met in my building, Sabse Chote Nawab, he’s such a cutie! #taimuralikhan.” In the pictures, we could see Taimur looking adorable in his dinosaur print white t-shirt and a contrasting pair of shorts teamed with juttis. Also, we cannot miss his usual naughty smile. Take a look at it below: 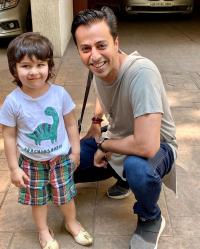 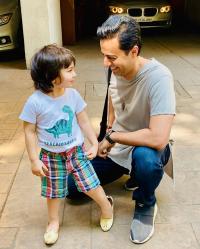 The little bundle of happiness, Taimur has become the favourite celebrity kid of the entire nation. We remember in an interview with Rajeev Masand, Kareena had talked about her son, Taimur and how he adorably he tries to mimic his parents. She had shared, "Now he is going through that phase where he says, ‘Mama, don’t laugh’, ‘Mama don’t cough’, everything we are doing and he says ‘Mama, don’t do that’. I think it’s because we are always like ‘Taimur, don’t do that’ so he is now picking it and telling us." In the same interview, Kareena had also revealed that Taimur's father, Saif thinks that she is the one, who is spoiling their son, Taimur. Kareena had stated, "But I think he has more experience and he is doing a wonderful job because he is giving so much time to Taimur." (Also Read: Mahhi Vij's Droolworthy Picture Of Her 'Best Friend For Life', Tara Jay Bhanushali Is All About Love) 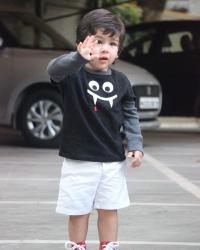