As December 14, 2021, marks the 97th birth anniversary of late Raj Kapoor, his granddaughter, Karisma Kapoor penned a sweet note for him.

Born on December 14, 1924, Raj Kapoor was the eldest of his six siblings and was the grandson of Dewan Basheshwarnath Kapoor and great-grandson of Dewan Keshavmal Kapoor, part of the famous Kapoor family. Raj Kapoor had made his debut at the age of 10 in the 1935 film, Inquilab, followed by his big break in the film, Neel Kamal (1947). A legacy that his father, Prithviraj Kapoor had started in the silent era, Raj Kapoor had taken it to great heights and now his children and grandchildren are continuing to do the same.

The Kapoor sisters, Karisma and Kareena, are family-oriented people, and never shy away from showering love and praise on their family members on their social media handles. Be it festivals or birthdays, the Kapoor clan celebrates every little occasion together and share glimpses of their happy moments with their fans. And, as December 14, 2021, marks the 97th birth anniversary of late Raj Kapoor, his granddaughter, Karisma Kapoor penned a sweet note for him. 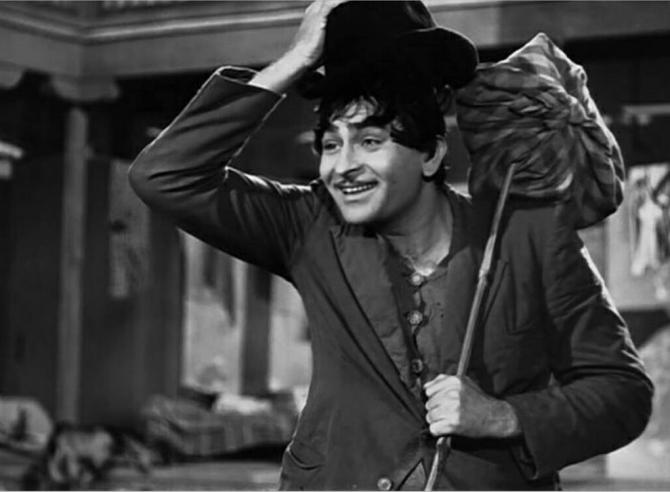 A few moments back, Karisma Kapoor took to her IG handle and shared a sweet remembrance note for her beloved dadaji, late Raj Kapoor. Sharing a monochrome picture of little Karisma hugging her grandpa, Raj Kapoor tightly, the doting granddaughter penned the caption as:

"To infinity of love... Remembering Dadaji on his birthday.. #grandpalove #legend."

It was Raj Kapoor's 96th birthday on December 14, 2020, when the Kapoor sisters, Karisma and Kareena had taken to their respective IG handles to remember him. Karisma had posted a throwback picture with her dadaji, cuddled in his arms and had captioned it as

“So many learning’s from my Dadaji… remembering you on ur birthday… #grandpalove #legend.” While posting a picture of her dadaji, late Raj Kapoor, Kareena had written, “There will never be another... Happy birthday Dadaji.” Riddhima Kapoor Sahni too had posted a throwback picture on her IG stories and had written, "Miss you" atop it. 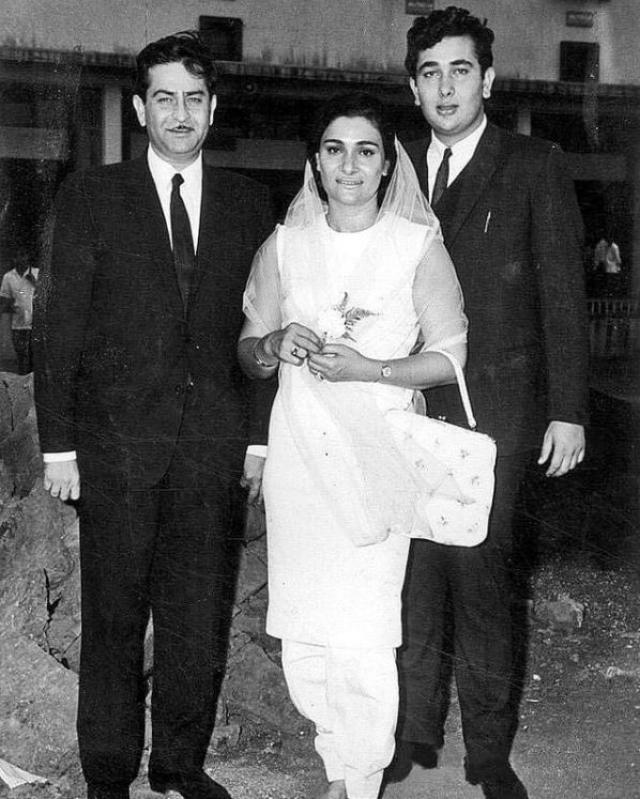 On April 4, 2020, Karisma Kapoor had posted a throwback picture with her grandparents, Raj Kapoor and Krishna Raj Kapoor, her sister, Kareena Kapoor Khan and her cousins, Riddhima Kapoor Sahni and Ranbir Kapoor. Karisma had captioned it as:

Hailing from the legendary Kapoor lineage, Karisma Kapoor had broken the norms of her family and made her name in the Bollywood industry, proving to be a ‘No. 1’ heroine of all times! In her Humans of Bombay post, Karisma had revealed how her grandfather, Raj Kapoor had reacted when she had told him that she wanted to be an actress and his golden advice stayed with her forever. Karisma had said:

"Growing up, I used to visit my granddad on set—& his talent would leave me mesmerised. Once I was there when he was directing ‘Ram Teri Ganga Maili’. I loved the sets, camera & lights! I knew I wanted to become an actor & contribute to the family legacy. When I told my granddad, he said, ‘It’s glamourous but it’s not a bed of roses—you will have to work very hard.’ That stayed with me."

Which is your favourite Raj Kapoor film? Let us know!

Don't miss: Rewards Given To Miss Universe: Crown Worth Rs. 37 Crores, Free Travel For An Year And Much More 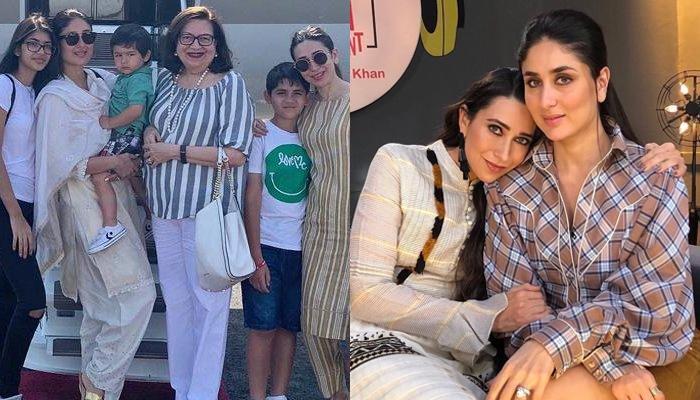 Sisters before misters- any day! Time and again we have seen Karisma Kapoor and Kareena Kapoor Khan bonding together and giving us some major #SissyGoals. Not only do they resemble each other to a large extent but they also are each other's pillar of strength. From being each other's biggest