Karishma Tanna turned 38 years old on December 21, 2021, and her alleged beau, Varun Bangera shared a cosy picture to wish her.

Born on December 21, 1983, in a Gujarati family, Karishma Tanna is a popular name in the television industry. Karishma had participated in some of the biggest Indian reality shows, including, Nach Baliye, Bigg Boss 8, Jhalak Dikhhla Jaa, amongst others. Moreover, the actress was the winner of Khatron Ke Khiladi 10, and has been ruling millions of hearts since then.

The actress turned 38 years old on December 21, 2021, and wishes are pouring in from all around the globe. However, the most special wish came from her alleged boyfriend, Varun Bangera. For the unversed, Karishma had met Varun Bangera through a common friend, and the two have been growing stronger together. They have been dating for a while now.

Recommended read: Alia Bhatt Turns Bridesmaid For Her BFF's Wedding: Glows In A One Shoulder Suit For 'Haldi' Function 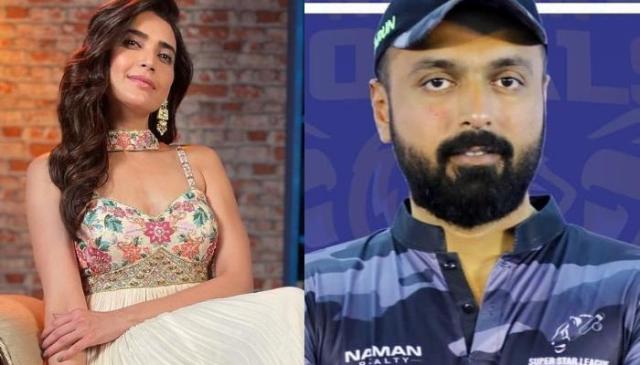 A few moments back, Varun Bangera took to his IG handle and shared a cosy picture with his alleged girlfriend, Karishma Tanna on his IG story. In the picture, we can see Varun and Karishma sitting on the front seats of a car, and he kissed Karishma on her forehead. Along with it, Varun wrote, "Happy birthday Love", atop it.

On the other hand, Karishma took to her IG handle and shared a series of pictures from her late-night birthday celebration. In the pictures, we can see the actress posing next to her birthday cake in a t-shirt with her hair left open. In another picture, she can be seen clapping her hands joyfully as she blew the candle. Along with the pictures, she thanked her alleged beau, Varun Bangera in the caption and wrote:

Earlier a report in ETimes had stated that Karishma Tanna will tie the knot with her longtime boyfriend, Varun Bangera on February 5, 2022, in Mumbai. The report had further added that the pre-wedding rituals will start from February 4, 2022, with mehendi and sangeet ceremonies, and haldi and shaadi on the following day. The couple will also host a reception party for their friends on February 6, 2022. However, on November 14, 2021, when reports of Karishma Tanna and Varun Bangera's engagement had flashed the headlines, their common friend, Suved had shared a cosy picture of the couple on his IG handle. In the picture, we could see the couple lost in each others' eyes as they snuggled together. Along with it, Suved had written:

"Two hearts one beat two bodies on soul. Congratulations to my man @varun_bangera and my KT.....the rumours should stop now." 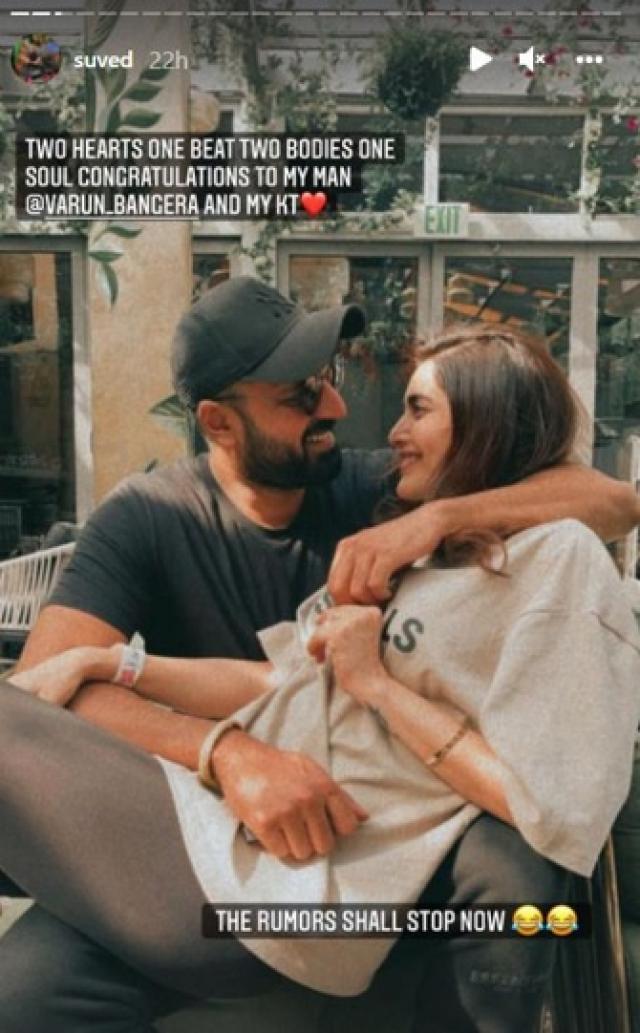 In a 2015 interview with the PTI, Karishma Tanna had revealed her thoughts on getting married. She had shared that she wants to concentrate on her career as marriage is not running anywhere. The actress had said:

"Right now, we are working very hard... Marriage is not running away. It is not the ultimate thing for us, it is not like marriage will define our relationship. We are in a committed relationship and in a happy space. Let's see what future holds for us... One also needs to find enough time to get married as it is not a single-day thing." 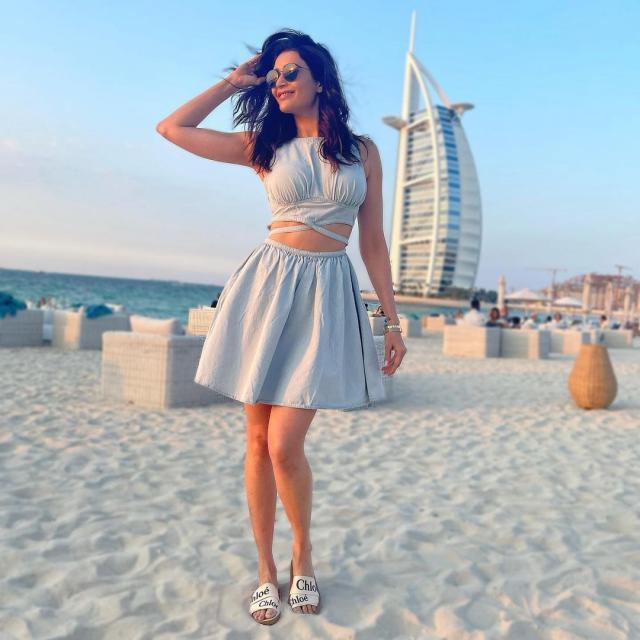 Don't miss: Athiya Shetty Opens Up About Being Body Shamed As A Child And Reveals How She Regained Confidence