Kareena Reveals Feelings About Being Away From 'Pati' Saif, Even During Shoot And It Is So Touching

Kareena Reveals Feelings About Being Away From 'Pati' Saif, Even During Shoot And It Is So Touching 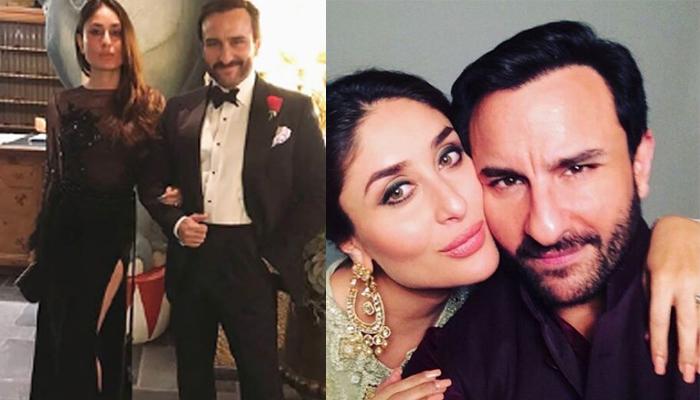 They are one of the couples from B-town duniya who don’t just look royal together but they complement each other and give strong relationship goals too. Yes, we are talking about none other than Nawab Saif Ali Khan and his Begum, Kareena.

Saifeena, as they are fondly called by their fans, tied the nuptial knot in 2012 but the couple has been together for at least a decade. The way they support each other in every aspect of their lives, be it their commitment towards work or the way they talk about their bond and love is simply awe-inspiring. In a recent interview with Pinkvilla, when Bebo was asked how her relationship with Saif has evolved over these many years, what she replied was extremely cute and truly tells us how fond they ofare  each other. She was quoted as saying, “I cry every time Saif Ali Khan leaves; even if it's for a shoot." She also said, “I cry and miss him whenever he’s out.”

Isn’t that very cute? Their relationship is an epitome of commitment and dedication towards each other and not just this; they are the doting parents of their son Taimur Ali Khan too. The cutesy couple was blessed with the baby boy, son Taimur on December 20, 2016. And guess what, from the time the little Nawab has arrived, his fan following has raised the bar being the most popular star kid on the internet and he has a lot of fan pages on various social media platforms too! And in every sense, the star kid Taimur is stealing all the limelight more than her star parents. Truly, a proud moment for Saifeena, right?

For those who don’t know, Saif and Kareena’s love story started doing the rounds on the sets of movie Tashan. In spite of their not so strong chemistry on-screen, they real-life love and chemistry definitely inspired others and was fascinating too. They clicked with each other instantly and slowly and steadily fell in love. The duo started dating in October 2007 and after being together for five years, the two tied the nuptial knot on October 16, 2012, which was a star-studded affair.

They are a hot couple of Bollywood and in every phase of their lives, Saif makes sure to make the best for Kareena, be it their babymoon in Dubai, to Taimur’s first birthday in a grand way with the Pataudi clan. Every chapter of their lives was celebrated in a unique manner, which gradually strengthened their relationship more and more.

You both truly give strong relationship goals!