The famous actress, Sara Ali Khan is celebrating her 27th birthday today. Sara made her acting debut in 2018 with Abhishek Kapoor's film, Kedarnath. The star daughter has made her name in Bollywood with some successful films like Simmba, Coolie No. 1, and Love Aaj Kal. Moreover, the Atrangi Re actress enjoys a huge fan following on social media, and she often keeps mesmerising her fans with her stunning pictures.

As the Pataudi princess turned a year older on August 12, 2022, she received a lot of wishes from her family and friends from B-town. Many Bollywood stars have taken to social media to send wishes to Sara on her special day. However, her stepmother, Kareena Kapoor Khan's adorable wish caught our attention.

Sara Ali Khan Shares A Beautiful Picture With Baby Brother Jeh, As She Wishes Abba Saif On His 51st

Also Read: Sara Ali Khan's Iggy Has The Sweetest Wish, Shares A Throwback Photo Of Lifting Her On His Shoulder 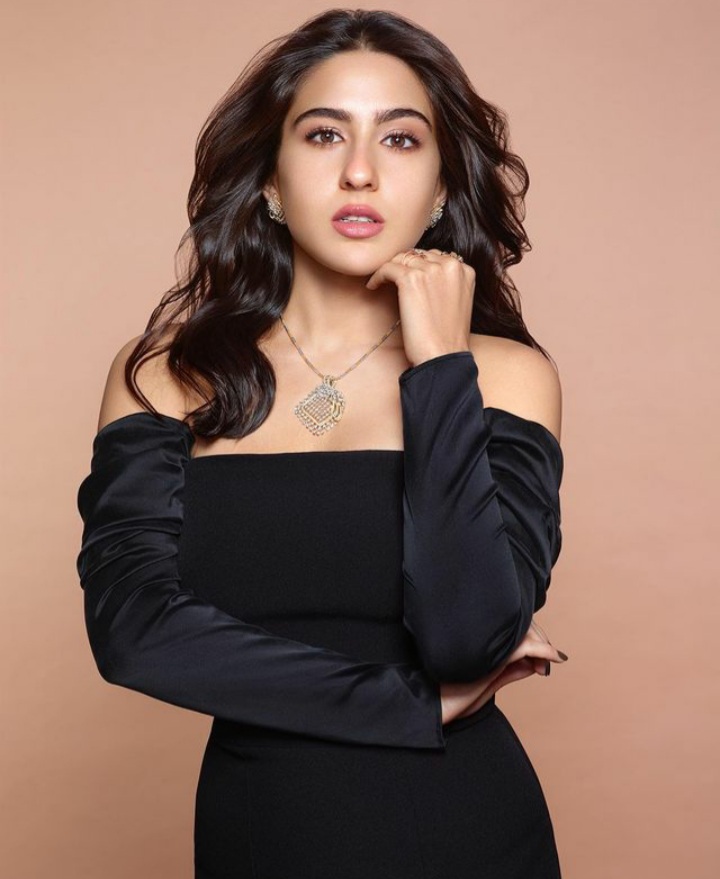 The Begum of the Pataudi family and famous actress, Kareena Kapoor Khan penned a beautiful birthday wish for Sara Ali Khan on social media. The Laal Singh Chaddha actress shares a friendly bond with Sara. Taking to Instagram, Kareena shared an adorable childhood photo of Sara with her dad, Saif Ali Khan and sent her love on her special day. Atop it, Kareena wrote: 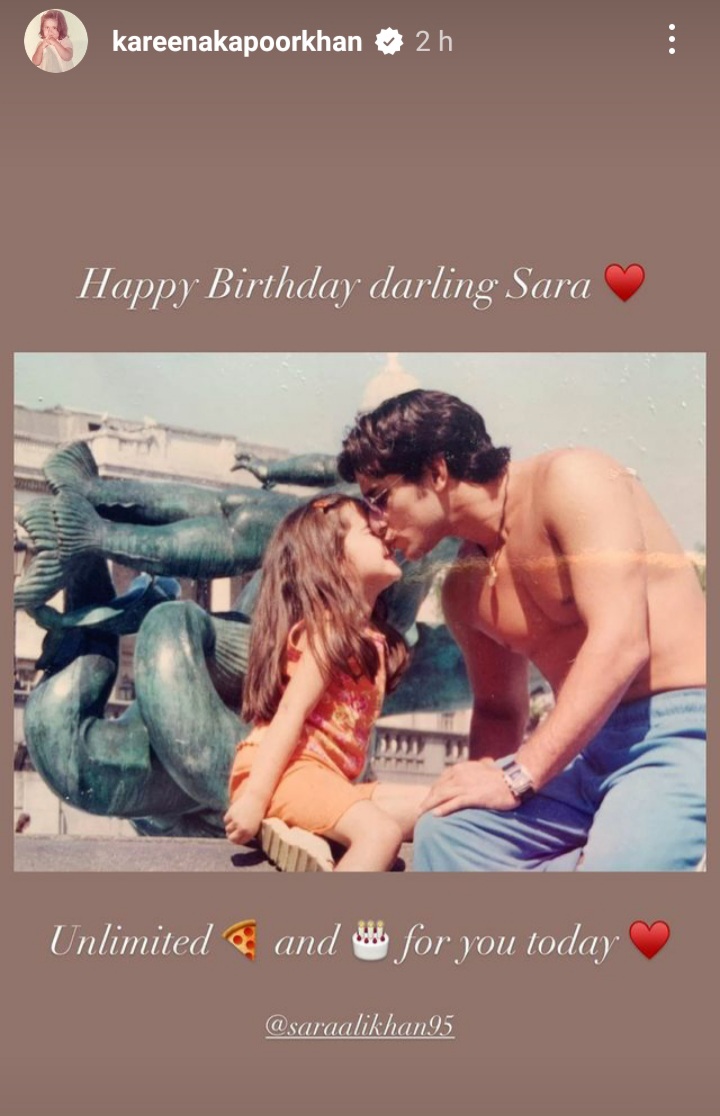 Earlier, in an interview with Femina, Sara Ali Khan had spilt some beans on her relationship with his father's wife, Kareena Kapoor Khan. She had shared that she is friends with Kareena and added that she respects her. In Sara's words:

"I do think that Kareena is my friend, but more than that, she is my father's wife. I respect her and realise that she makes my father happy. We belong to the same profession, and have a similar world, thus, our conversations include that as well." 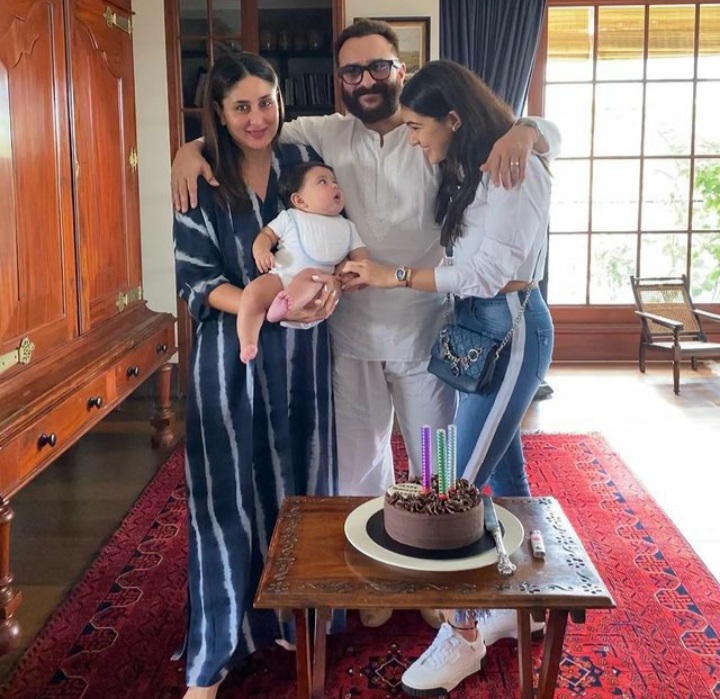 Kareena Kapoor Khan and Sara Ali Khan share a lovely equation. In an interview with Filmfare, Sara had opened up about her equation with her stepmother, Kareena Kapoor Khan. The actress had shared that she is a big fan of Kareena and added that they share a healthy relationship. In her words:

"Even today there is an element of surprise that Poo from Kabhi Khushi Kabhi Gham is my stepmother. People say I willed it to happen. I must have. After Sridevi, I am a Kareena Kapoor Khan fan." At midnight on August 12, 2022, the Simmba actress took to social media and wished herself. Sara shared a photo of herself posing in the gym and penned a short note. Her note can be read as:

"Happy birthday Sara! Always love yourself - and when you forget workout for your body mind, and soul." 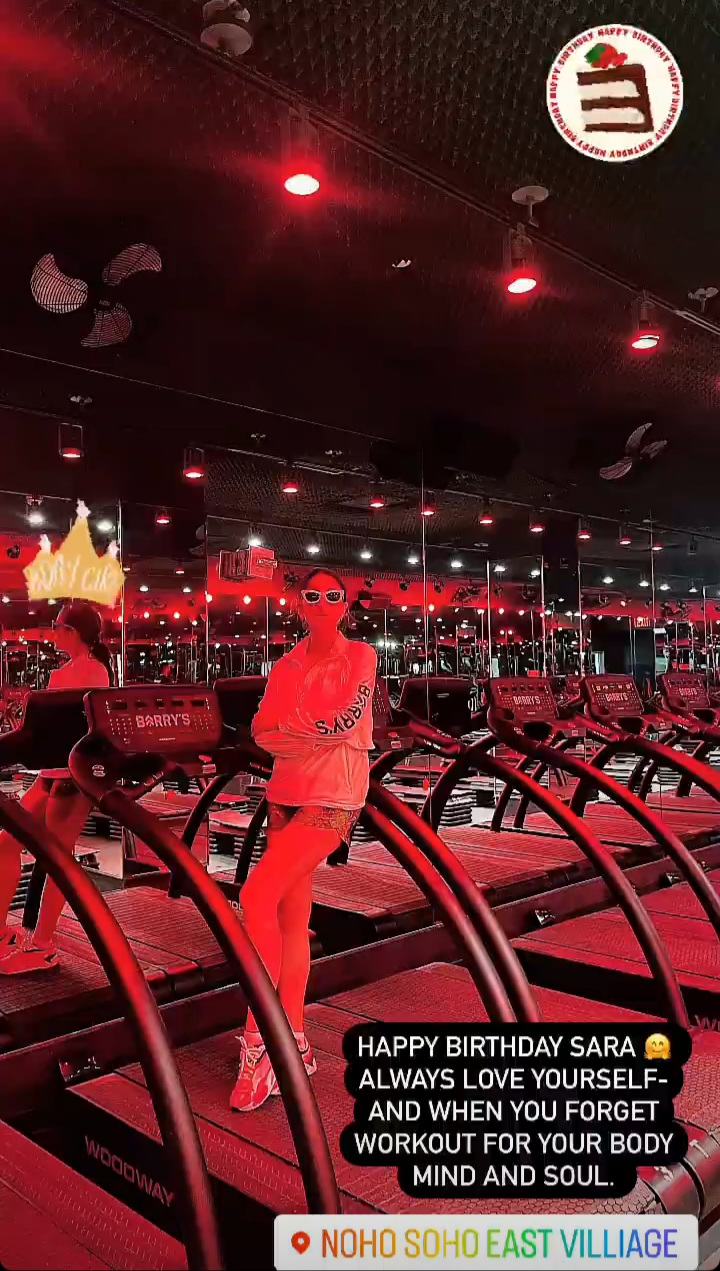 On the work front, Sara Ali Khan will be next seen in Laxman Utekar's film, Gaslight.

Next Read: Sara Tendulkar Flaunts 'Mehendi' With Sister, Who Is Getting Married, Clears Air About Her Wedding