Guess who paid Kareena Kapoor Khan a visit on the sets of 'Dance India Dance 7'? It is none other than her little bundle of joy, Taimur Ali Khan. Scroll to see their adorable picture from the set. 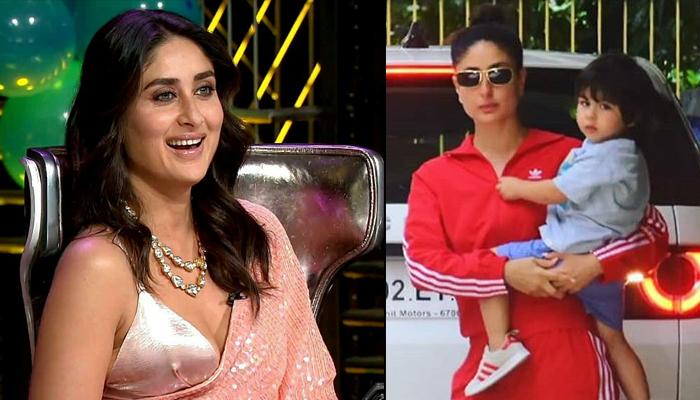 If we ever talk about maintaining a perfect balance between personal and professional life, Kareena Kapoor Khan gets a prominent mention. We have, time and again, seen Kareena giving some major goals on how to strike a perfect balance, be it flaunting her 9 months of pregnancy like a pro, stepping out within 40 days after her delivery for a ramp walk, rigorously working out in gym to resume work or amidst these professional commitments, not forgetting her family at home and spending ‘quality time’ with them. In true sense, Kareena is a ‘wonder woman’! (Also Read: Misha Kapoor And Brother, Zain Kapoor Celebrated Their Combined Birthday Party [Pictures Inside])

Kareena Kapoor Khan has been juggling between her chock-a-block schedule, as she had wrapped up the shoot for Good News opposite Akshay Kumar and Angrezi Medium starring Irrfan Khan. Kareena will soon start shooting for Dharma Production film, Takht, but is currently busy with the shoot of the reality show, Dance India Dance 7 as a judge. After rejecting a plethora of offers, Kareena made her TV debut as a judge for Dance India Dance 7. 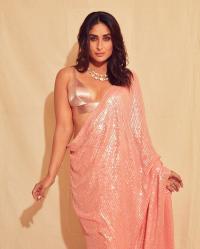 And guess who paid Kareena Kapoor Khan a visit on the sets of Dance India Dance 7? It is none other than her little bundle of joy, Taimur Ali Khan. A black-and-white picture of Kareena cuddling baby Tim has gone viral on social media. Costume designer and make-up artist, Mickey Contractor took to his Instagram and gave a glimpse of the mother-son moment on the sets of Dance India Dance 7. He captioned it, “We have the cutest visitor on set today” followed by a heart. 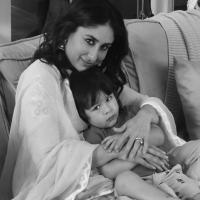 This is not the first time when Taimur Ali Khan had paid his star mommy, Kareena Kapoor Khan, a visit on her shoot. A few months back, Kareena’s Good News co-star, Kiara Advani had shared an Insta story with baby Tim, wherein they could be seen enjoying a race in between the shoot. Kiara had written, "The real star on the set! Keeping up with Tim Tim" atop the video.

From May 31, 2019, to August 21, 2019, Saif Ali Khan and Kareena Kapoor Khan were on a work-cum-leisure trip in Tuscany, Italy and London, along with their soon-to-be three-year-old son, Taimur Ali Khan. In the series of pictures and videos that had gone viral from their London diaries, one glimpse of baby Tim from the sets of Saif’s upcoming film, Jawaani Jaaneman had stolen our hearts. In his fun time with Kareena and Saif, Taimur could be seen clinging on to his father’s leg and just can’t let go off his abba. (Also Read: Amy Jackson Begins Her Countdown Towards Welcoming First Baby, Enjoys A Splash With Beau In Pool)

Kareena Kapoor Khan, the fabulous mama and an all-rounder superstar, has completely transformed herself from a mere human being to the Begum of Pataudi, and we are in awe of her! Even her husband, Saif Ali Khan and their son, Taimur Ali Khan are also fitness freaks. Proving this with an instance sometime back, Kareena’s nutritionist, Rujuta Diwekar had shared a picture of Bebo’s mirror selfie, wherein we could spot baby Tim and Saif in the mirror. While we can’t take our eyes off the hot and sensuous Kareena, all we can say after this glimpse of the Khan-Pataudi family workout is ‘family that sweats together, stays together’! 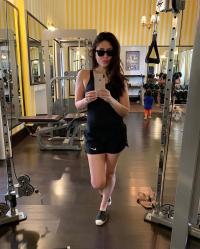 In a throwback interview with the DNA, Kareena Kapoor Khan had revealed how she manages to strike a perfect balance between her personal and professional lives. Bebo had shared, “I love doing nothing and being at home, just with my son, Taimur. But again, I also know that I can’t always do that. So, the idea is to find that balance. Strangely and honestly, I’ve found the perfect balance between my personal and professional life. For instance, if I’m working back-to-back for four-five days, I take the next two-three days off because I want that downtime. I need to have my family and friends around because my life revolves around them. I need to feel like a human being. I can’t treat myself like a robot because this industry and the atmosphere pushes you to become one. People are always on the go — if you’re not at work or a set, you’re on digital platforms like Instagram and Twitter or talking somewhere and giving your comments.”

Post all hectic work schedules and professional commitments, Kareena Kapoor Khan was striving hard to keep pace with her shoots as well as son, Taimur Ali Khan, who was in London with daddy, Saif Ali Khan. About the same, a source close to Bebo had shared with the DNA, “Kareena has always balanced her professional and personal life well. She has a choc-a-block schedule ahead with four big movies coming up. She is likely to shoot for Angrezi Medium either in July-end or August, then there’s Takht and Lal Singh Chaddha with Aamir Khan. Her film, Good News, with Akshay Kumar will release at the end of this year for which the promotions will begin a month before." The source had further added, "She is flying down from London only for a day so that she can spend more time with Taimur. Besides, she endorses 17 brands, so there will be quite a few campaigns that she will be shooting for." Such an amazing mommy, isn’t she? (Also Read: Chhavi Mittal Shares A Beautiful Sister-Brother Moment Of Areeza And Arham, Talks About Their Bond)

We are in awe of Kareena and Taimur’s black-and-white picture! What about you?