Anushka Sharma had treated her fans with a beautiful picture from the beach, caressing and adoring her baby bump. Kareena Kapoor Khan commented on her post, beautifully praising her fellow preggers. 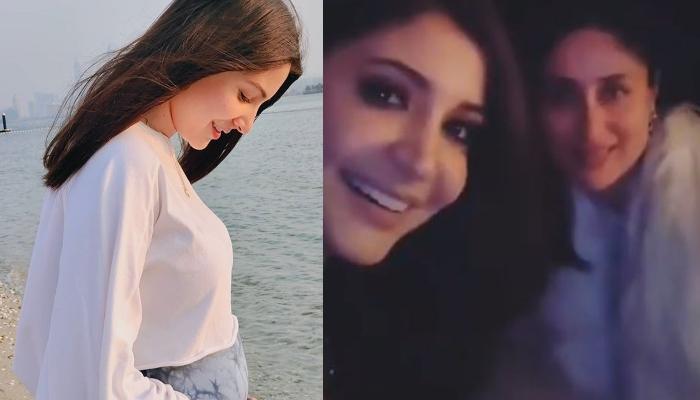 Announcing pregnancy can be exciting but brainstorming too, especially when you are a celebrity and you have to inform the world about the same in the most creative way. Babies on board! The year 2020 has delighted us with two major pregnancy announcements, one from the royal couple of B-town, Saif Ali Khan and Kareena Kapoor Khan and the other one from our most favourite couple, Virat Kohli and Anushka Sharma. In the midst of grim news in the media, Saifeena and Virushka’s pregnancy announcements had left us beaming with joy! (Also Read: Taimur Ali Khan Showered With Hug From Kareena Kapoor And Kiss From Randhir Kapoor Screams Pure Love)

It was on August 12, 2020, when Saif Ali Khan and Kareena Kapoor Khan had confirmed the reports of their second pregnancy. Releasing a media statement confirming that their soon-to-be four-year-old son, Taimur Ali Khan will become a big brother in 2021, Saif and Kareena had said, "We are very pleased to announce that we are expecting an addition to our family !!Thank you to all our well wishers for all their love and support." This was followed by an announcement of Anushka Sharma and Virat Kohli being pregnant. ‘And then, we were three! Arriving Jan 2021.’ – said a tweet by Anushka and Virat, which had taken the social media by storm. It’s raining pregnancy announcements in the Tinseltown and no we aren’t complaining at all! 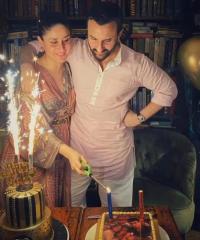 While Kareena Kapoor Khan has resumed her professional commitments after the lockdown got lifted and is often spotted at shoots or visiting her sister, Karisma Kapoor’s residence, Anushka Sharma had jetted off to Dubai where Virat Kohli will be playing the Indian Premier League 2020. On September 13, 2020, Anushka had treated her fans with a beautiful picture from the beach, caressing and adoring her baby bump. Anushka had captioned her post as “Nothing is more real & humbling than experiencing creation of life in you. When this is not in your control then really what is?” Anushka’s post was flooded with lovely comments and the best one had come from her hubby, Virat, who had written, “My whole world in one frame.” Kareena too, commented on Anushka’s post and we couldn’t agree more with how beautifully she has praised her fellow preggers. Kareena commented, “Bravest of them all.” 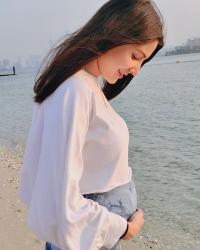 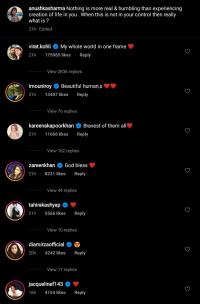 Finding out that you are soon going to be a mommy is a feeling that takes time to sink in. And for your partner too, the feelings aren’t different. In an interview to RCB Bold Diaries, on the YouTube channel of the IPL team he represents, Royal Challengers Bangalore, Virat Kohli had revealed his and Anushka Sharma’s reaction when they had found out about her pregnancy and his feelings on becoming a father. Virat had expressed, “It is an incredible feeling. It puts things into perspective for you. It is a beautiful feeling. It is difficult to describe how you feel, but when we found it, we were over the moon. When we announced, the kind of love that was showered on us it was amazing. People were genuinely so emotional and happy for us. We are looking forward to the third member joining the clan.” (Also Read: Aamir Ali's Mother Adoring His One-Year-Old Daughter Ayra Ali Speaks Volumes Of A Grandmother's Love)

In a conversation with Anupama Chopra, Kareena Kapoor Khan had revealed her soon-to-be four-year-old son, Taimur Ali Khan’s reaction on welcoming his little sibling next year. When asked if Taimur, who will be turning 4 in December 2020, is excited to welcome his little sibling, Kareena had retorted, “He is figuring out things. He is very ahead of his age. We never treated him like a kid. We treated him like an equal and adult. He is very friendly; a giving boy and I think he is ready.” 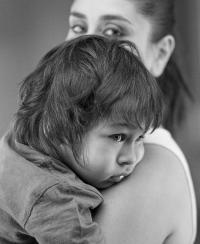 In case you have missed it, Kareena Kapoor Khan, Saif Ali Khan, Virat Kohli and Anushka Sharma had welcomed 2020 together in Switzerland. Joining them on their New Year bash was Varun Dhawan and Natasha Dalal. Taimur Ali Khan too, had accompanied his star parents to the New Year party. Anushka had posted a group picture with her fellow Bollywood-mates and had captioned it as “Happy New Year”. Anushka had also posted an IG story wherein the stars had wished everyone on New Year. Saif had said in the video, “Hi Guys, to all our loved ones all over the world, you know who all these people are and you might have seen them somewhere. Wishing all of you a very happy new year. Love to all. Love and Peace to all.” And in the end, everyone had shouted and cheered ‘Happy New Year’ in unison. (Also Read: Puja Banerjee's Baby Shower Cake Gives Hilarious Glimpse Of Hubby, Kunal Verma's Role In Labour Room) 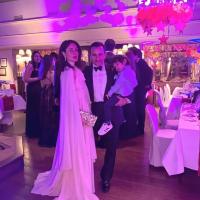 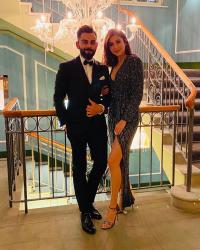 We can’t wait to see junior Saifeena and junior Virushka! We wish both the couples a happy and safe pregnancy!