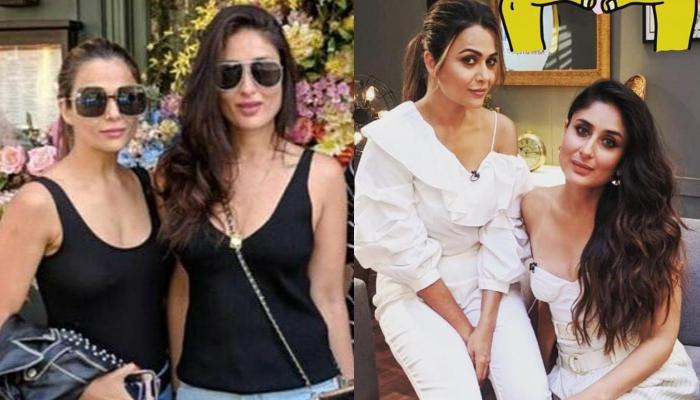 In the Bollywood industry, we have seen tons of friendships and have learned a lot of things from them. But the one friendship we absolutely love is the bond between Kareena Kapoor Khan and Amrita Arora. Kareena Kapoor Khan and Amrita Arora are not only BFFs but are also each other’s pillars of strength. Over the years, Kareena and Amrita’s friendship has aged like wine and the duo never leaves a chance in giving their fans some major #FriendshipGoals. Whether we talk about their holiday trips, celebrating career milestones with a grand party, get-togethers, or gyming, Kareena and Amrita are just perfect exemplars of ‘BFFs for life’! (Recommended Read: When Alia Bhatt Had Picked Ranbir Kapoor As First Contestant For Her 'Swayamvar' If It Ever Happens)

Now a throwback picture from one of their post-workout session is getting viral on the internet. Another reason behind this picture getting tons of likes already on different social media platforms is that it brings back all the memories of the time when everything was normal. Scroll down to see the lovely picture of these two divas of the Bollywood industry. 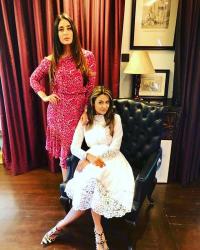 On May 30, 2020, popular fan page of Kareena Kapoor Khan took to their Instagram handle and shared a cute throwback picture of the actress with her BFF, Amrita Arora, from one of their post-workout sessions. In the picture, we can see the BFFs twinning in black with their gym bottles in their hands, the two can be seen sharing a burst of big laughter. The throwback picture surely brings back the memories of those carefree days that we used to have before the entry of this deadly coronavirus pandemic. Take a look. (Don’t Miss: When Amrita Singh Had Blushingly Sang 'Tum Aa Gaye Ho' For Saif Ali Khan, His Reaction Was Priceless) 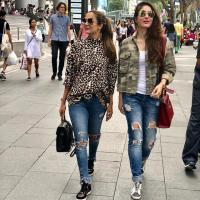 Speaking about the importance of female friendship in her life, Amrita had said on the show that apart from husbands, every woman needs a friend, who understands her without judging like the others. The actress had explained, “Who would you share your deepest, darkest secrets with? Apart from our husbands, we all need that one friend with whom we confide about everything, without being judged. Sometimes we want a friendly opinion so it’s important for a girl to have that rapport where she can pick up the phone and call someone with whom she can smile, cry and be silly with.” 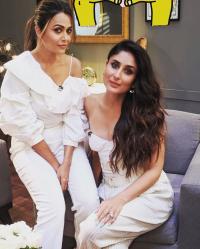 Moving forward in her conversation on the show, Amrita had also reflected on the much-asked question of jealousy in friendships and had stated, “I think the beauty of it all is we get everyone together. It’s not segregating. The beauty of our friendship is we have integrated all of us as one big good gang.” Amrita had further added, “There are times when Bebo is forming new friendships and I do get a little jealous. When we have a conversation after a day of shooting when you say ‘oh I like her’ and I think ‘she is going to be in the fortune heights.” To which, Kareena had replied, “I always message Amu ‘You are being replaced’.” (Also Read: Bhagyashree Had Warned Salman Khan To Maintain Distance To Avoid Link-up Rumours Between Them) 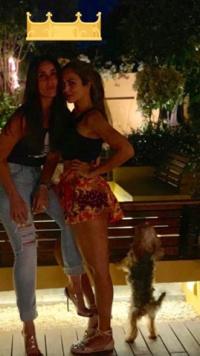 Do you also have a BFF in your life? Let us know!