Kareena Kapoor Khan has become the style leader with her glamorous fashion choices and amazing acting skills. She redefined the role of heroines with her popular rom-com movie, Jab We Met. And, not just that the actress has been living her life on her own terms and challenged the societal norms at every step of her journey. (Recommend Read: Arjun Kapoor Escorts Rumoured Girlfriend Malaika Arora Out Of Gauri Khan's Party, Video Inside)

Kareena has never shied away from speaking her heart out, in fact, time and again she had openly talked about her thoughts of working mothers. And, in her recent interview, too, Bae-bo discussed the same. The actress, who was called as a celebrity guest on Miss Malini’s Girl Tribe series, shared the guilt she constantly feels while leaving his baby, Taimur alone. 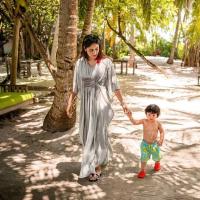 The Veere Di Wedding actress said, “I think the most important thing for a working mother is to believe in herself. Even when I leave in the morning, I am constantly worried about what Taimur would be doing at home. There is that looming guilt that is sometimes on your head.” She went on to add, “But I think there's nothing and I have always said it, there's nothing more important to your child than a happy mother - especially a working mother.” (Also Read: Deepshikha Nagpal Shares She Still Believes In Institution Of Marriage, Despite Being Divorced Twice)

Kareena also explained that being a working woman you are also helping your child understand the women better and the importance of work she loves the most. She said, “I think your child will grow up realising, respecting and understanding a woman so much more that when she goes out to work and comes back home, she is still happy. Even though she could be tired, but she is still happy because she is doing what she loves the most.” She concluded the talk show by saying, “Be happy, believe in yourself and I think your child will automatically flourish.” 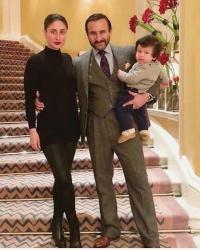 Recently, in an interview with PTI, Kareena talked about being the star of her own story, and said, “The fact that I am aware about my strengths, makes me secure. I am never looking at what others are doing, which films they are choosing, the directors or actors they are working with. All these things never bothered me. I am the star of my life story. Nobody else can dictate my choices.” (You May Also Like: Tusshar Kapoor Reveals Why He Finds It Odd To Call Newborn Ravie Kapoor, Ekta Kapoor's Son)

Kareena further talked about how important it is to be self-content about your choices, she stated, “As a person, I am very comfortable in my space. I have always been content with the choices I made in my career as well as my personal life. I was never aspiring to be someone. I was always working and will keep working towards being the better version of me.” 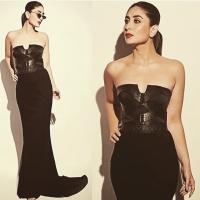 Recently, in an episode of her radio show, What Women Wants, Kareena opened about people who shame celeb moms. She shared an incident where she was trolled, and said, “I have to address one thing… recently I got trolled on a photo where I was getting into a private jet… and the trolling was about how apparently, I’m a careless mother who’s letting my kid be brought up by nannies.” 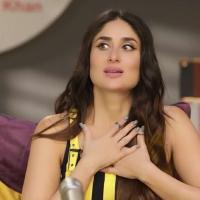 Kareena gave a befitting reply to all those who think she is a careless mom, the actress was quoted as saying, “To you judgemental folks who know nothing about my life, please note that there’s a finger I’m showing you in my mind right now.” Wow, you go girl! On a lighter note, Kareena also spilled beans about her husband, Saif Ali Khan and his desire to spend all his time with baby Tim. She said, “He's like obsessed. I have to push him out. Woh Bhuj ja rahe the shoot ke liye, and he was like ‘Nahi nahi, cancel the shoot. I can’t go. I can’t leave Taimur’. And I’m like, ‘You have to go. You have to work.’ I have to tell him, I have to be with you also sometimes alone (laughs)”.  (Don't Miss: Ranveer Singh Sends Kisses To Deepika Padukone On A Video Call While Promoting 'Gully Boy')

Well, Kareena can definitely write a whole book on herself and her excellent life choices! What do you think? 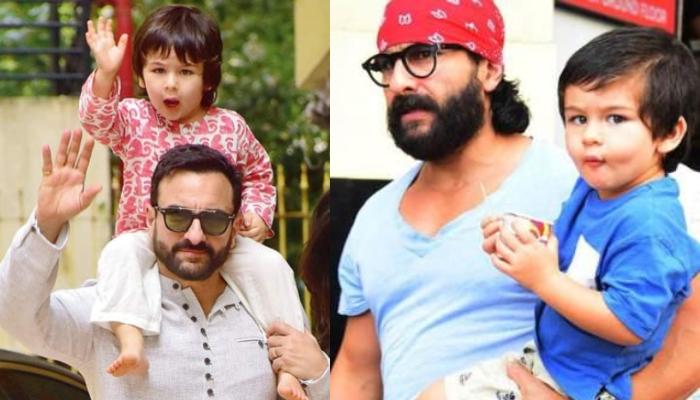 When you're winning, there are tons of people all around you, behind, and with you. But when you're broken with your failures, only your family will be there for you. That is the reason why we should always look after our family members. One such adorable family, who always have