According to reports, Bollywood's 'begum', Kareena Kapoor Khan and her 'nawab', Saif Ali Khan are all set to welcome their second baby on this time. Find out!

Popular Bollywood actress, Kareena Kapoor Khan is often regarded as the queen of fashion and style in India as she has proved the mettle of her fashion quotient time and again, be it in her normal days to pregnancy days. The expecting actress breaks the internet with her every outfit and is giving tough competition even to non-preggers with her every outing. Whether we talk about her makeup, styling, attires, or pregnancy glow, it's impossible to find any flaw as she looks perfect all the time. (Recommended Read: 'Ishqbaaaz' Nakuul Mehta Showers Love On His Wife, Jankee After Becoming Parents Of A Baby Boy)

For the uninitiated, after almost four years of Kareena Kapoor Khan and Saif Ali Khan's first child, Taimur Ali Khan's birth, the couple had announced the news of their second pregnancy back in August 2020 with an official statement, and it could be read as "We are very pleased to announce that we are expecting an addition to our family!! Thank you to all our well-wishers for all their love and support." Since then, Kareena's beautiful pictures have become a source of positivity and happiness for us! According to a report in Bollywood Life, Kareena Kapoor Khan and her husband, Saif Ali Khan are all set to welcome their second child next week itself. Yes! A source close to the publication has revealed that Kareena had wrapped all her professional commitments on February 6, 2021. Kareena is getting all the essential things needed at the time of delivery in the right place. The source also added that Saif and Kareena have already decorated a crib for their newborn baby and are super-excited as the day of delivery, for which they had anxiously waited for the last nine months is on edge now. The actress is spending some time alone before seeing her baby for the first time after her delivery. Also, Saif and Taimur are equally excited to welcome a new member in their family. (Don't Miss: Rubina Dilaik And Abhinav Shukla Contemplating Divorce Shocked Her Parents, Actress' Sister Reveals) 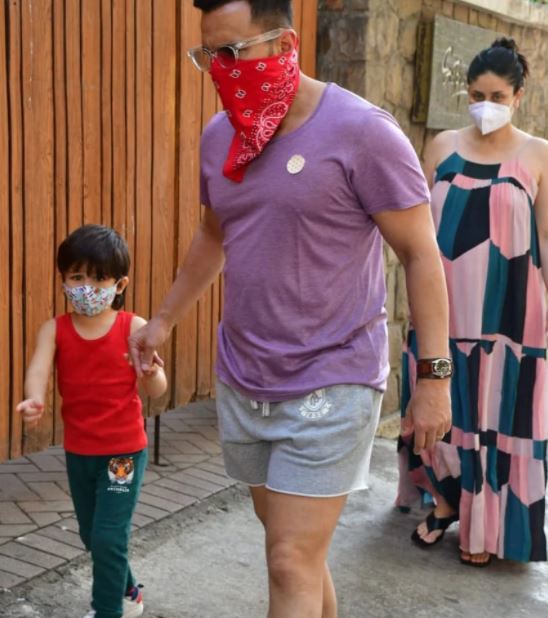 A few days ago, a video from Kareena Kapoor Khan's shoot had gone viral over the internet as the expecting mommy could be seen caressing her baby bump and loving her soon-to-be. Kareena could be seen wearing a pink gown with grey stripes on it for the shoot. Amidst the shoot, the actress could be seen lovingly looking at her baby bump and caressing it, and it had almost looked like she had felt an immediate rush of love for the baby and it was not at all for the camera. Kareena had also shared a Boomerang from the same shoot, holding her baby bump in a powdered blue gown and had written, "9 months and going strong #NotGivingUp #FunTimes #BTS." Take a look:

The Laal Singh Chadha actress, Kareena Kapoor is inarguably the first Bollywood actress to celebrate her pregnancy as a showstopper on the runway as she has proudly flaunted her baby bump in public. Once in an interview with ScoopWhoop, Kareena was asked to throw some light on the same and her experience of walking on a ramp during her pregnancy. She had said, "Everyone is just asking me this one question, 'Oh! how are you walking while you are pregnant' and my answer is, 'don't tell me how to walk, you expect me to just fly or lie down on a couch?' As a brand ambassador, I am representing someone who believes in the philosophy of a young, working, independent woman. And it looks like I am going to take this opportunity into a historic one as this has been the first-ever moment when an Indian actress actually you know walked the ramp at this stage." (Also Read: Anam Mirza Wishes FIL Mohammad Azharuddin On His Birthday, Thanks Him For Treating Her Equal To Asad) 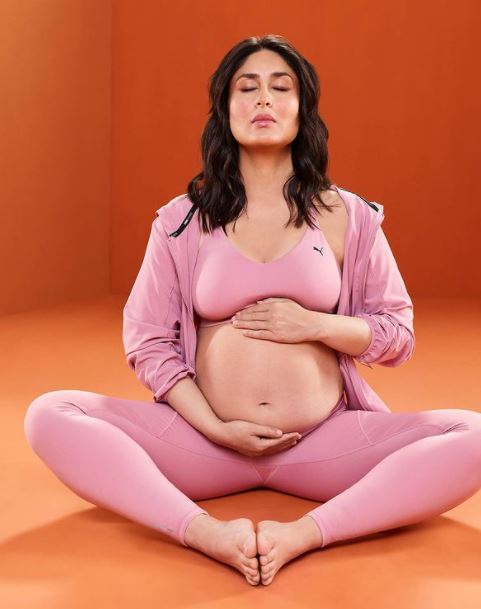 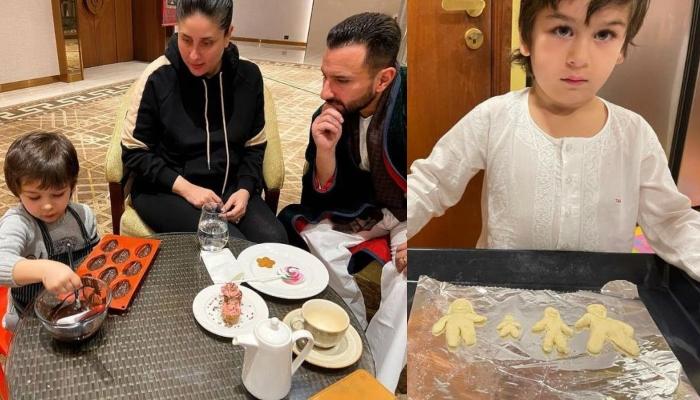