Kareena Kapoor Khan Reveals The Reason Behind Marrying Saif, Says It Is Not A Crime To Fall In Love

Kareena Kapoor Khan Reveals The Reason Behind Marrying Saif, Says It Is Not A Crime To Fall In Love

Saif Ali Khan and Kareena Kapoor Khan are one of the most adored couples of Bollywood. Recently, Kareena talked about her decision of marrying Saif while she was at the peak of her career. 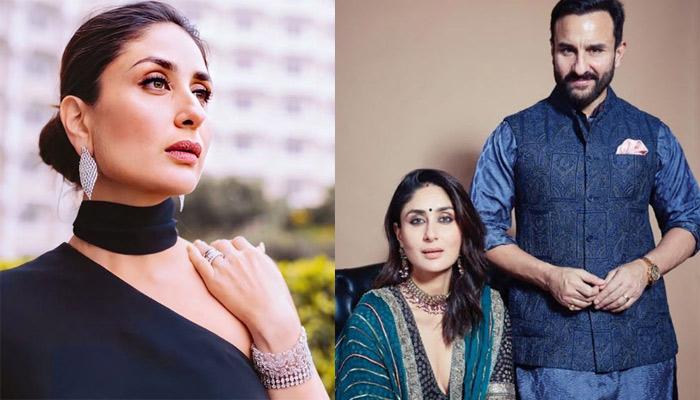 True love is ethereal, pure and it doesn’t bound you, it sets you free! The moment you find your life partner, you start to feel liberated and stretch your wings open in the sky to fly. True love gives you fuel to fulfil your dreams and desires. Being deeply loved by someone gives you the strength to fight with the whole world and make yourself your priority. When you finally meet your soulmate, you automatically know that he/she is worth the wait. A perfect exemplar of such kind of bond and relationship is Nawab and Begum of Pataudi, Saif Ali Khan and Kareena Kapoor Khan. (Recommended Read: Parth Samthaan Opens Up On His Relationship Status And Dating Rumours With Ariah Agarwal)

The royal couple of Bollywood, Saif Ali Khan and Kareena Kapoor Khan perfectly fits in all the categories of hashtags. They are the epitome of how a relationship should be and what kind of understanding is required to maintain a relationship. They have made people understand the amount of love and care that is required to keep the spark alive in the relationship. Kareena had taken the decision of tying the knot with Saif while she was at the peak of her career and followed her heart when everybody suggested that she should wait. 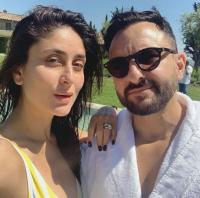 Kareena Kapoor Khan recently attended Hindustan Times Leadership Summit 2019, in New Delhi with Akshay Kumar for the promotion of their upcoming movie, Good Newwz. During the event, she opened up about her personal life and the decisions that she has taken up till now. When asked about why she had taken the decision of marrying Saif while she was at the peak of her career, Bebo revealed, “The decision to get married was...it is not a crime to be in love and if nobody wants to work with me because I am in love and I am married then don’t because I will do whatever I want. Everyone said your career is over and I said if it is so, be it. But this is what I want to do, this is the person I want to spend the rest of my life and I will do it. I think it the best decision I have made, as of now." (Suggested Read: Arjun Kapoor's Sister, Anshula Cannot Stop Praising His Acting Skills In The Latest Film, 'Panipat')

Do you know Akshay Kumar was the first person to know about the brewing romance between Saif Ali Khan and Kareena Kapoor? The love between Saif and Kareena blossomed while working for the movie, Tashan in the year 2008. Akshay too was a part of the movie and during the summit, Kareena revealed that Akshay was the first one to know that she was in love with Saif and he did a good job in keeping it a secret. Akshay interrupted Kareena and stated that it is so because his room was next to Saifs. Kareena and Saif had initially kept their relationship a secret and it was much later that they had made it official. 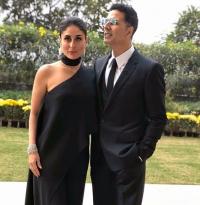 Saif Ali Khan and Kareena Kapoor Khan were blessed with little munchkin on December 20, 2016, and named him, Taimur Ali Khan. Taimur is unboundedly one of the cutest star kids on the block. Kareena is a hand-on mother and has been juggling between fulfilling her work commitments and nurturing her little bundle of joy, Taimur. We have often spotted Taimur accompanying his parents on the sets and spending time with them. Unlike few B-town celebs, who prefer to keep their kids hidden from the paparazzi and media glares, Saif and Kareena have been the complete opposite and on the other hand, little Tim also loves his ‘mediawalle’ friends. Recently, Taimur was spotted in Punjab with his mother, Kareena while she was shooting for her yet another upcoming movie, Laal Singh Chaddha. During the summit, Kareena also talked about the reason why she takes Taimur to sets. 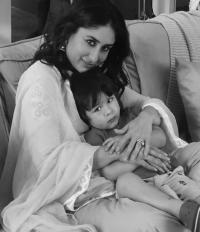 Kareena stated, “He has to know that his mother works. He has to respect the fact that both his parents work. Saif was like, if you want to continue, take him with you and keep him close. Let him know what you do. And that’s what he has done, he is a brave, brave boy. He has come back from a 20-day shoot for Laal Singh Chaddha all over Punjab. And I shoot for 8 hours, rush back to put him to bed and I have a wonderful actor and producer Aamir Khan, who supports me. That’s what a working mother and a working actor should be. I think things are changing in our world." (Must Read: Sunny Leone And Daughter, Nisha's Latest 'Mother-Daughter' Moment Is Too Adorable To Miss) 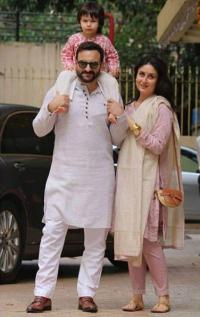 Kareena Kapoor Khan is undoubtedly a superwoman, who knows how to manage her professional and personal life beautifully!