Kareena Kapoor Khan Reveals That Son, Taimur Enjoys The Most With Daddy, Saif Ali Khan And Her

Kareena Kapoor Khan Reveals That Son, Taimur Enjoys The Most With Daddy, Saif Ali Khan And Her

Spending time with your little ones is the most beautiful feeling in this world. Kareena Kapoor Khan reveals how she and Saif try to manage their time to spend some quality time with little Tim. 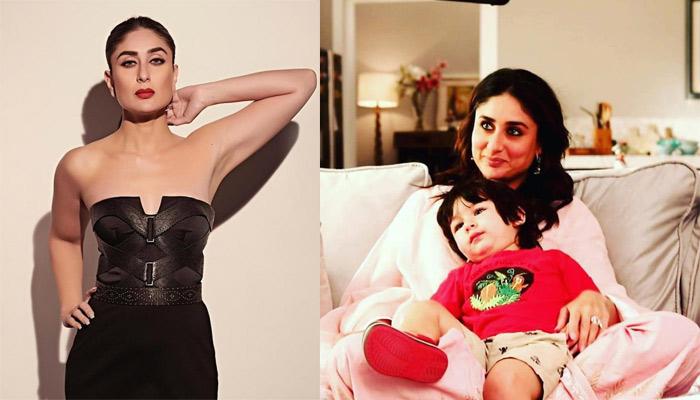 Kareena Kapoor Khan is an epitome of beauty and perfection. She has been ruling the industry from past 20 years and oh god! she is doing it with complete excellence. Married to the Pataudi nawab, Saif Ali Khan, Kareena has been riding high on success. Saif and Kareena had welcomed their not-so-little son, Taimur Ali Khan on December 20, 2016, and ever since his first photograph got viral on the social media, he has become an internet sensation.

Kareena Kapoor Khan has been striking a perfect balance between her personal life and professional life after giving birth to her munchkin, Taimur Ali Khan. She has been doing it like a pro and has been giving inspiration to many working mommies. We have spotted Kareena juggling from one place to another in between her shooting, just to spend some time with her son. Elle magazine has recently unveiled their October month issue, with Kareena on the cover and has described her as ‘pure gold’. The actress is looking hot in a golden coloured strapless dress. Take a look: (Recommended Read: Ariah Agarwal Opens Up About Her Relationship Status With Co-star, Parth Samthaan)

In an interview with Elle magazine, Kareena Kapoor Khan talks about her soon-to-be three years old son, Taimur Ali Khan. Balancing plays an important role while raising a kid, emphasizing on the same, Kareena said, “It’s important for Taimur to have time with Saif and me without us shooting or going to script readings and fittings. It’s important for him to be with his parents someplace we (and he) are not recognized. Taimur has the most fun with Saif and me, and I hope that’s always going to be the case.” 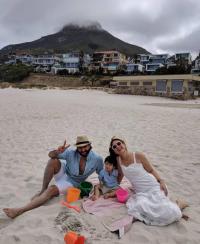 Kareena in a throwback interview had emphasized on spending quality time with her kid and how she had handled the pressure of motherhood. She had revealed, “We women somehow know how to multitask. I’m enjoying every minute of it. I’m balancing it well. My time with my child is my time. I don’t need to flaunt it on Instagram. I don’t need to flaunt it in front of the media. Like I don’t need to carry my child at the airport to prove how much I love him. My husband too believes it’s not needed. By carrying the child in my arms, I don’t need to prove that I’m a hands-on mother. Even if I have two hours with Saif, Taimur and myself in the bedroom, it’s the quality of time and wanting to be together that matters, rather than the quantity of time we spend. I come from that school of parenting." 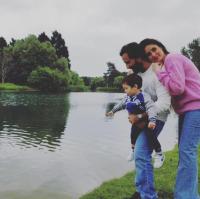 In an interview with Filmfare, Kareena had talked about striking a balance between her personal and professional life. She had said, “I was working through my pregnancy. Then five and a half months after my delivery, I began working on Veere Di Wedding. I took Taimur to Delhi for the shoot. I’m lucky to have an understanding husband who said, ‘I appreciate the fact that you want to continue your dream’. That’s the most important thing in a marriage." (Suggested Read: Paras Chhabra Reveals That He Tried To End His Relationship With Gf, Akanksha Puri Many Times) 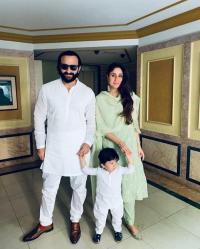 She had also talked about the support that she had received from her sister, Karisma Kapoor and mother, Babita Kapoor. She had further added, “I had support from my family. I had a lot of help. I had support from my sister (Karisma Kapoor) and of course most importantly, Saif. He comes from a family where his mother was working, his sister is working. It was easy for him to understand that I would take Taimur with me if I had to for a shoot. Absolutely 100 marks to Anil Kapoor and Rhea for being such fantastic producers. Taimur was so well looked after. I’ll always consider them as family. I couldn’t have asked for a better film to do after Taimur. And Taimur, of course, settled so beautifully in Delhi while I shot. He’s a happy trooper. Touchwood!" 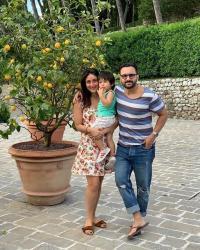 Kareena had appeared on The Love Laugh Live Show of Romedy Now and had shared the interesting facts about little Tim. The official Twitter handle of the channel had shared a video, wherein, Kareena imitated her son and had revealed his one habit. She had shared that Taimur keeps asking, "Abba kidhar hai? Abba kidhar hai all the time." She had further shared Taimur’s reaction when she leaves for work and had revealed, “He says the sweetest thing every day when I have to go to work. 'Amma, don't go.' It just breaks your heart. Sometimes, I just have to slip out without saying bye to him." (Also Read: Rakhi Sawant's Mystery Husband, Ritesh Gave His First Ever Interview And Talks About Her Pregnancy)

We love the bond between Kareena Kapoor Khan, Saif Ali Khan and Taimur Ali Khan. What about you?