As Kareena Kapoor Khan is completing the shoot for her film, 'Laal Singh Chaddha' in Delhi, we got pictures from the movie set, where she is looking every bit of gorgeous. Check out!

Kareena Kapoor Khan has always been a trendsetter, be it getting married to Saif Ali Khan when she was at the peak of her career or happily flaunting her baby bump on the ramp, when she was pregnant with her first child, Taimur. We are always in awe of her and can expect anything from her because of course, she is 'Poo' in her real life too. On August 12, 2020, Kareena and Saif had confirmed the news of expecting a baby with an official statement which had stated that they were pleased to announce that they are expecting an addition to their family. The couple had also thanked their well-wishers for all their love and support. (Also Read: Bella-Vienna Try To Hear The Heartbeat Of The Baby In Mom, Teejay's Tummy, Predict What's Inside)

As the shoot of Kareena Kapoor Khan starrer, Laal Singh Chaddha was halted due to the pandemic, there were reports that Kareena will be wrapping up the shoot of the film with Aamir Khan in the coming months. A source had informed ETimes and had said, "Since Bebo’s baby bump is visible, it will be concealed using VFX. She has 100 days of shoot left and is expected to join the team in September-October to wrap her portions." Now, the two are completing the shoot for their film in Delhi, and we got hold of pictures from the movie set on social media and Kareena is looking every bit of gorgeous in it.

Malaika Arora Asked Pregnant Kareena Kapoor To 'Sit Like A Lady', Shares Their Inside Conversations Kareena Kapoor Khan is a goddess of 'good looks' and her acting skills are par excellence, which makes her everybody's favourite. The actress has hundreds of fan pages on her name, who anyhow manages to dig out some hidden information about her. Now, one of the fan pages has shared unseen pictures of Kareena from the sets of her upcoming movie, Laal Singh Chaddha as she has resumed shooting for the same. In one of the pictures, Kareena can be seen giving mischievous expressions looking into the camera. The glow on her face and her baby bump is accentuated even more with her red floral top and denim skirt. Take a look: 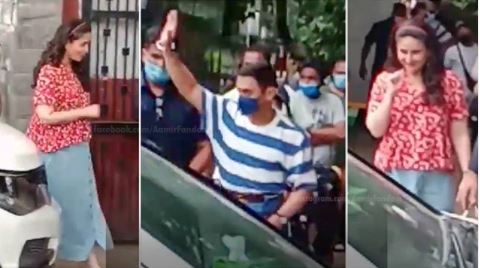 Ever since the announcement of Kareena’s second pregnancy, we are constantly waiting for Kareena’s outings and selfies. Kareena, who's gorgeousness can kill anyone, has become extra gorgeous with her baby bump. During Ganesh Utsav, Kareena Kapoor Khan was spotted stepping out of her building to visit her sister, Karisma Kapoor and the glow on her face was unmissable. Kareena could be seen wearing a light green coloured salwar suit, a black bindi, accompanied by black shades. Despite everything, we could not stop looking at her because of her pregnancy glow. (Recommended Read: Bipasha Basu Shares Unseen Childhood And Wedding Reception Pictures To Wish Her Sister On Birthday)

Kareena has been a social media butterfly ever since she had made her Instagram debut. She often shares snippets of her life on her IG feed for her fans to witness, and now she is sharing glimpses of her pregnancy journey too. On August 25, 2020, Kareena had taken to her Instagram handle and had posted a picture of her shoot with her makeup gang getting her ready. In the picture, we could see Bebo posing with her makeup team and looking gorgeous as usual. However, we could not ignore her pregnancy glow in the picture and a little baby bump. Alongside the picture, Kareena had written, "Another day, another shoot... my warriors. Missing you Poonie. #TheNewNormal." (Also Read: Riddhima Kapoor Sahni Gives A Glimpse Of The 'New Normal' As She Steps Out With Mom, Neetu Kapoor) 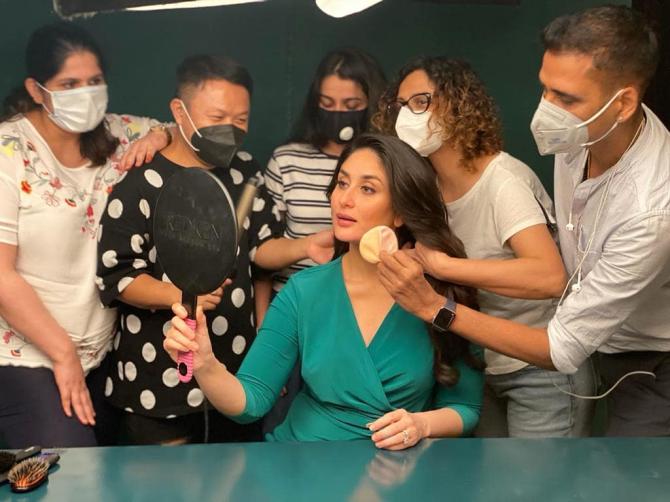 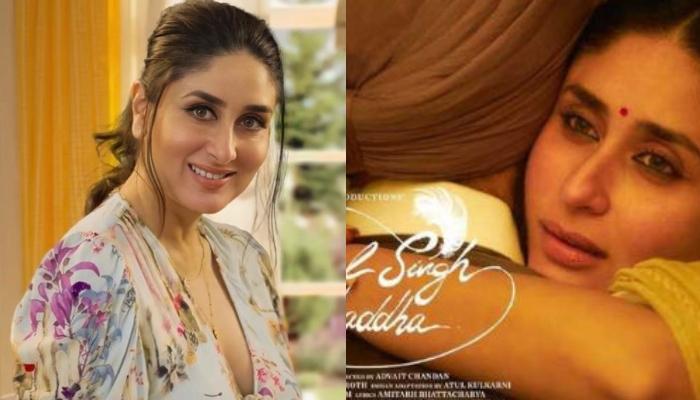 Over the years, we have seen Kareena Kapoor Khan breaking the ‘glass ceilings’ with her approach towards her work and professional commitments. Nothing, and we literally mean nothing can stop the 40-year-old star from fulfilling her dreams, and because she seldom plays by the rules, Kareena is certainly the poster

Malaika Arora Asked Pregnant Kareena Kapoor To 'Sit Like A Lady', Shares Their Inside Conversations