Kareena Kapoor Khan is expecting her second child in the next three months and her pregnancy cravings are growing stronger. Check out what she is craving for recently! 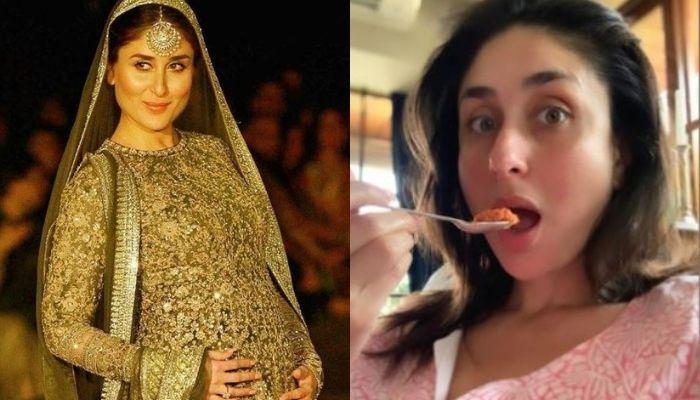 Every mother-to-be can relate to the sudden food cravings and mood swings. One minute you might want to eat mirch ka aachar and the next moment, you would crave for some pancakes, and your moods swings are also affected by the availability of food. Kareena Kapoor Khan is also going through the same phase as she is carrying her second child in her womb. It was on August 12, 2020, when Kareena and Saif had released an official statement announcing that their soon-to-be 4-year-old son, Taimur is going to be a big brother. The couple had confirmed the news of their second pregnancy and had stated that they were pleased to announce that they are expecting an addition to their family and had thanked their well-wishers for all their love and support. (Also Read: Sana Khan's Orange And Pink Short Frock Kurta For Her 'Mehendi' Ceremony Is Setting A New Trend)

Kareena Kapoor Khan’s pregnancy has been the talk of the town since the baby announcement and her fans wish to know everything about the same. From her fashion statements to her outings, everything becomes a headline, however that is not enough for Kareena’s die-hard fans. Now, the actress has shared a glimpse of her pregnancy cravings, and she has clarified that this is going to be the same for the next three months.

Taking to her IG stories, Kareena Kapoor Khan shared a glimpse of her pregnancy food cravings. She shared a mouth-watering picture of waffles dripped in honey and it made us also crave for them. Sharing the picture, Kareena mentioned that she is unsure if the waffles are her cheat meal or her actual meal as she feels her next three months are going to be about her food cravings. Sharing the picture, Kareena wrote, “IS THIS MY MEAL OR CHEAT MEAL? Well, lines are blurred for the next three months” atop it. Take a look:

Every pregnant woman goes through the craving for different food items and Kareena Kapoor Khan is no different. In the month of October, Kareena had shared a glimpse of her food craving and every expecting woman could relate to it. The Laal Singh Chaddha actress had taken to her IG stories and had shared a picture of mirch ka aacharr. Sharing the picture, Kareena couldn’t hold her excitement and had written, “Thank you my dearest Kuppy for my aacharr” followed by heart emoticons. (Don't Miss: Neha Kakkar Shares A Lip-Lock Video With Hubby, Rohanpreet From Honeymoon On First Month Anniversary)

On August 14, 2020, Kareena Kapoor Khan's nutrition expert, Rujuta Diwekar had taken to her Instagram handle and had shared the actress' diet in the month of May-June. She had posted a picture of Kareena and had written, "The good news is that you don't have to deprive yourself of good food to look good. Sustainable diets keep you sexy and sane. This is exactly what @kareenakapoorkhan was eating and working out around late May - mid June when she shot for the #filmfare cover."

We wish a healthy last trimester to Kareena Kapoor Khan!

It was in the month of August 2020 that the good news from Kareena Kapoor Khan and Saif Ali Khan’s family had brought happiness into our lives. Kareena had surprised her fans with the official statement of her pregnancy. Kareena and Saif had stated in their statement that there will be