Rhea Kapoor goofs around Kareena Kapoor Khan, Arjun Kapoor and Sonam Kapoor in this old video, wherein they're having lunch on a balmy morning in London. Check out the video below! 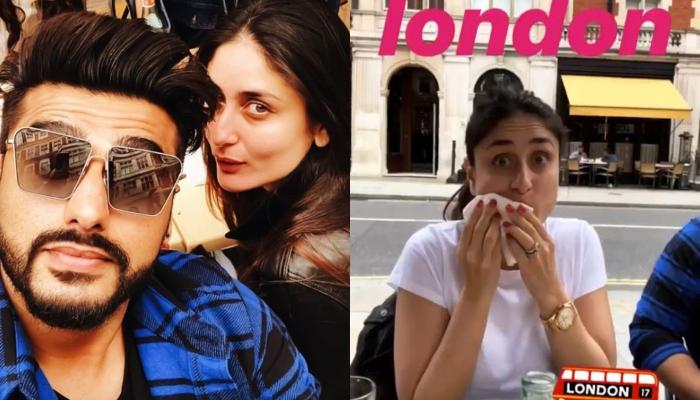 Friendship is very scarce in Bollywood, something that mostly sways on benefit. Courtesy to the throat-cut competition in the glamour world. Generally, it is believed that actors cannot be real friends as the quotient of popularity, competition and success always comes in between. But, time and again, a lot of strong, long-lasting friendships have proved it wrong. Today we've brought to you some funny, yet wonderful moments from one such friendship! (Recommended Read: Irrfan Khan Dies At 53, Amitabh Bachchan, Shoojit Sircar And Other B-Town Celebs Pay Their Tribute)

Kareena Kapoor Khan, Arjun Kapoor, Sonam Kapoor and her sister, Rhea Kapoor are very good friends with each other and leave no chance of pulling each other's leg in public. Obviously, that's what friends are for, right? Both the Kapoor clans have a good camaraderie with each other, the reflection of which can be seen in their friendship. An old video of Kareena, Arjun and Sonam is doing rounds on social media, in which they're pulling each other's leg. Check out the video inside! 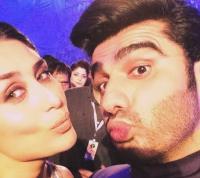 Recently we got hold of an old video filmed by Rhea Kapoor in London, where we could see the Veere(s) having lunch in a balmy London morning as Rhea goofs around teasing everyone on their carb intake. Rhea had first panned the camera on Bebo, and had caught her guilty in the act of munching a pizza. Rhea had then asked Kareena, "Bebo what have you done? It's a carb attack" to which, Kareena, with an expression of been caught red-handed, had said, "It's just spinach salad." Rhea had then panned the camera on her plate at the slices of pizza and had remarked, "Nice salad!" Arjun Kapoor had then interrupted in between asking Rhea in his candid style to take him in the frame as well, as he had donned his mehenga chashma. Rhea had then panned the camera on Sonam Kapoor and had ended filming while saying, "The Veere(s) take London!" Have a look at the video here:

This is not the first time we caught the Kapoor(s) goofing around each other. On April 23, 2020, Arjun Kapoor had taken to his Instagram handle to post a hilarious meme created by him. In the meme, we could see a message that could be read as ‘Stay Home, Stay Safe.” The little twist here is that the actor had replaced the word ‘Safe’ with Kareena Kapoor Khan’s hubby, Saif Ali Khan’s face. And on the top of that picture, he had revealed that it is an advice given by his dear friend, Kareena Kapoor Khan. Well, Arjun is one prankster for sure! (You May Also Like: When Maanayata Dutt Was Asked About Taking Over Sanjay Dutt's Life And Rejection By His Sisters) 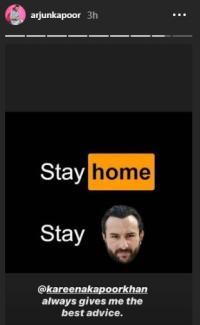 Bollywood's Bebo, Kareena Kapoor Khan had taken the internet by a storm when she had made her debut on Instagram. Her popularity can be measured by the fact that our social media feed was anyway filled with pictures of Bebo even before she was on Instagram. So, you can imagine the condition now! Bebo keeps on posting pictures and videos of herself on her Instagram handle and it doesn't even take the blink of an eye for them to go viral. Sometime back, Kareena Kapoor Khan had shared her ‘fall in love’ version with husband, Saif Ali Khan from one of their vacations. She had posted two pictures, wherein in the first, she could be seen talking to Saif as they had lied on the grass. And in the other one, she had gotten up only to realise that all the time that she was talking, her husband was asleep. Typical husbands! Kareena had captioned her post as “Fall asleep... #Mess.” (Also Read: Shweta Pandit Becomes A Mommy, Welcomed A Baby Girl In The Month Of February In Italy) 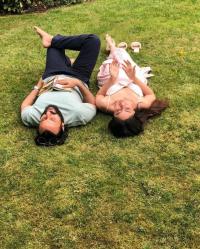 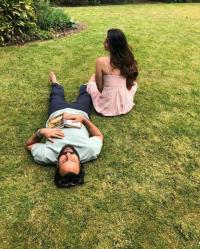 Do your friends also tease you like this? Let us know!