Now, a month after the birth of her second child, Kareena Kapoor Khan is back to work and we can’t get over her radiance in the pictures. She looks like a fresh breath of air in a powder blue dress.

In the entertainment industry, B-town divas take no time to get back on their feet post delivering their child. Just like her first pregnancy, Kareena Kapoor Khan is setting the trends with her second one too. Back in 2016, Kareena had worked throughout her pregnancy and even after the delivery of her firstborn, Taimur Ali Khan, she was back to work. Kareena had taken the bar higher of being a showstopper at Lakme Fashion Week 2017 when she had walked the ramp in a beautiful gold and white hand-crafted embroidered ensemble by designer, Anita Dongre. Setting trends and goals, Kareena revealed that it was Saif Ali Khan, who had taken care of their newborn when she was out for work. (Also Read: Kareena Kapoor And Saif Ali Khan's Candid Family Picture From Their Dawat-E-Walima With The Pataudis)

It was on February 21, 2021, when Kareena Kapoor Khan and Saif Ali Khan welcomed their second child and on March 21, their little bundle of joy had turned one-month-old. To mark this special day, Saif’s sister and the little one’s bua, Saba Ali Khan had posted a glimpse of the newborn and the first picture of the little one, cuddled in Saif’s arms. Saba had written, “One Month” and “I Love You” stickers atop it. 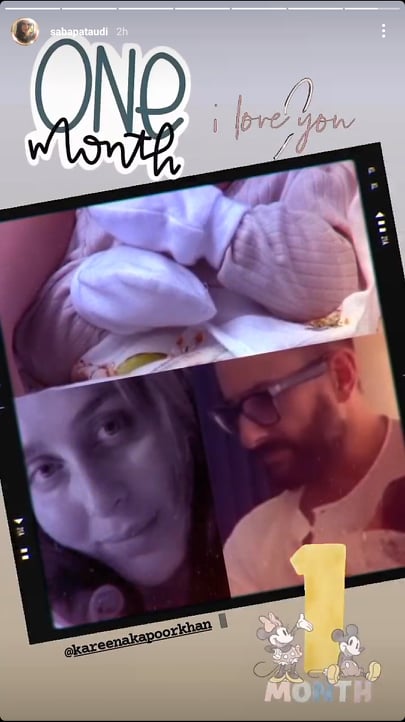 Now, a month after the birth of her second child, Kareena Kapoor Khan is back to work and we can’t get over her radiance in the pictures. Kareena stepped out and looked like a fresh breath of air in a powder blue coloured floral dress paired with nude heels. A few days ago, Kareena had begun her fitness journey post-delivery to shed off her pregnancy weight. Kareena had posted a picture of her wrist band highlighting her step count and calories burnt during the workout and one of her pair of neon-coloured shoes. Bebo had written, “Day 1. The journey begins” atop it. 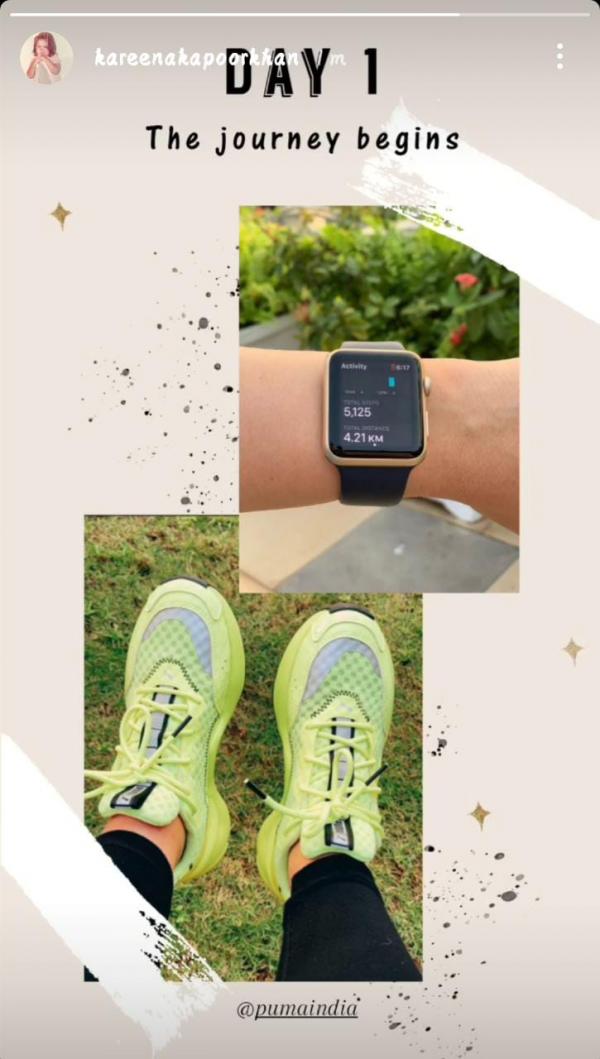 Speaking about Kareena Kapoor Khan’s project, ending her maternity break, a source was quoted as saying by the Mid-Day, "Kareena, who is a self-confessed foodie, was one of the first choices for the show. The actor was excited by the concept and gave her nod to the series. Given the surge in COVID-19 cases in the city, it was unanimously decided that the filming will take place at a location in Bandra, which is only a short distance from her residence. The star and the director have hand-picked a slim crew for the Monday shoot. Every member will undergo the mandatory test well before the camera rolls." (Also Read: Saif Ali Khan And Kareena Kapoor's Unseen Wedding Picture, Saba Ali Khan Praises Her Pillars Of Life) After about two weeks of rest, Kareena Kapoor Khan had stepped out to meet her friend, Amrita Arora Ladak at her residence and she had kept her look breezy in an oversized blue shirt with flared white pants. Malaika Arora too, had joined her BFF, Kareena and sister, Amrita at the latter’s house for a lunch get-together. While some were swooned by Kareena’s post-pregnancy look, a few of them trolled her for stepping out, leaving her newborn child at home. Some netizens on Instagram had posted the meanest comments for Kareena, trolling her for visiting her friend and not bringing along her newborn child. 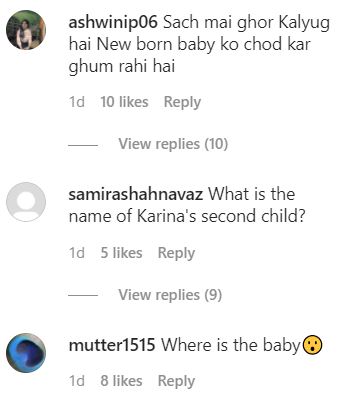 Ever since Kareena Kapoor Khan and Saif Ali Khan had welcomed their second child, everyone is hooked to her social media feed, waiting for a glimpse of junior Khan. Finally, the much-awaited moment had arrived on International Women’s Day when Kareena posted the first-ever glimpse of her newborn son. It was reported that Kareena will introduce her son through her profile on Instagram and the report had proved to be true. To mark International Women's Day 2021, Kareena had posted the first-ever selfie with her newborn son and captioned it as “There’s nothing women can’t do. Happy Women’s Day my loves. #InternationalWomensDay.” (Also Read: Shirtless Taimur And Baby Inaaya Steal The Show In Saif, Kareena, Soha, Kunal, Saba's Throwback Pic) Kareena Kapoor Khan is a perfect inspiration for the millennials!