Kareena Kapoor Khan's dietician, Rujuta Diwekar posted a picture of her gorging on some makki ki roti, sarson ka saag and butter, where she had a mini foodgasm! Yeh Duniya Ek Dulhan… Dulhan Ke Mathe Kee Bindiya… Yeh Meraa India… I Luv My India- whenever someone mentions the very word ‘India’, what is the first thing that comes to your mind? Diversity, colours and food, right? Every state of India is unique for its own unique culture, tradition and food and how we love it! With the onset of winter, comes the season of everyone’s favourite, sarson da saag with a lot of makkhan and makki ki roti and how can Punjaban-cum-Pataudi begum, Kareena Kapoor Khan be far behind? (Do Read: 'Ace Of Space 2' Star Baseer Ali Gets Dumped For The First Time By His In-House GF, Lucinda Nicholas)

Kareena Kapoor Khan is riding high on her professional life with heavy-budget films in her kitty. The current one being Laal Singh Chaddha, which is the Bollywood remake of cult Hollywood film, Forrest Gump. Kareena is currently in Chandigarh to shoot for the film and it was only a few days back when she and her co-star, Aamir Khan’s first look from the film was unveiled as they were on their way for the shoot. Before we share the glimpses with you, please do note that Kareena is having a gala time in Chandigarh and her latest indulgence will make you pack your bags and head off straight to Punjab!

Kareena Kapoor Khan has self-admittedly shared in many interviews that she follows the words of her dietician, Rujuta Diwekar like a Gospel! Rujuta took to Instagram and posted a picture of Kareena gorging on some makki ki roti, sarson ka saag and butter, where she had a mini foodgasm! She wrote, “The joy of eating desi - Every region has its own tradition of celebrating its seasonal produce using timeless, heritage recipes. And I strongly believe that one should follow a diet that respects that versus that which makes you feel like you have “cheated” if you eat a seasonal delicacy. Changing the roti, sabzi and the accompaniments as the season changes is something that we must cherish. Nutrition societies across the globe are trying to adopt this practice from ancient cultures. And on our part, we must ensure that this timeless practice is not forgotten and lost in the process of eating only meat or only soup-salad or not eating at all.” 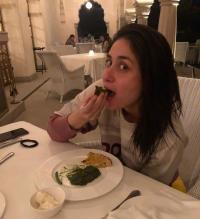 Rujuta Diwekar’s post about Kareena Kapoor Khan’s saag-roti diet could be further read as “Health is not a size, it’s a state. A state of harmony, in the mind and body and between people and planet. And really, all you need to do for that is to keep calm and eat makhan-roti-saag. P.S- - Makhan-roti-saag coz right now #kareenakapoorkhan is in Punjab. This is for dinner. The Makhan, saag and roti and the quantities in the picture do NOT depict how much she eats. The pic is taken after most of it is in her stomach. Eat as per your hunger, not as per a fixed measure. Mein apni favourite hu is not just a dialogue, it’s a way of life that encourages you to eat all that is nice. #winterfood #saag #punjab." To this, her sister, Karisma Kapoor's comment was so adorable! (Must Read: Dipika Kakar Ibrahim Celebrates 'Eid Mila-Dun-Nabi' With Hubby, Shoaib Ibrahim, Aces In Ethnic Wear)

In a 2016 interview with The Indian Express, Kareena Kapoor Khan had bared it all out her love for ghee and the key to her glow through her diet. She had written, “Ghee! I like it on my rice and dal, and on my rotis. Ghee, contrary to what many people believe, has several health benefits. My grandmom is still beautiful in her 80s, and she has eaten ghee all her life. I believe her clear skin is because of all the ghee she has eaten. Ghee also makes your body supple and keeps you energetic.” Kareena had also talked about her favourite meal and had stated, “At the end of the day, my favourite meal is always a hot plate of rice and dal, made at home, with a bit of ghee.” 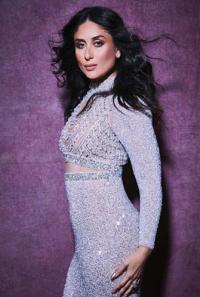 Pregnancy is all about a lot of changes in a woman’s body. Post Kareena Kapoor Khan’s pregnancy, she had gained a little weight which had made the actress freak out. It was her dietician, Rujuta Diwekar who had asked Bebo to be patient and had given her 7 months to get back in shape. The best part about Rujuta’s diet chart was that she is completely against the very concept of ‘sugar-free’ and she had also asked Kareena to not compromise on anything, heavily. And look what happens when you merge healthy with weight loss? You become as sexy as Kareena! (Also Read: Malaika Arora Celebrates Son, Arhaan Khan's Birthday With Ex-Husband, Arbaaz Khan And Her Family) 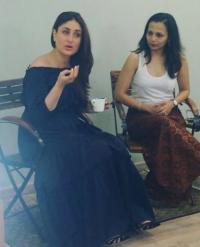 Guys, what is your comfort food? Keep us posted!