'Ace Of Space 2' Star Baseer Ali Gets Dumped For The First Time By His In-House GF, Lucinda Nicholas

Baseer Ali, apart from his reality show stints, has mostly been on the headlines because of his love life. Baseer got dumped for the first time in his life. Vikas Gupta reveals how he feels.

Can you imagine pizza without a dash of oregano in it? If your answer to this question is a big, loud ‘no’, then how can you imagine that a relationship will come with its own unsaid baggage of heartbreaks! While the comparison must have already blown your mind, only ‘food lovers with broken hearts’ can imagine the parity of the two situations! But focusing only about broken hearts in here, guess who got dumped for the first time in his life? Reality show sensation, Baseer Ali. (Do Read: Saif Ali Khan Reveals If He Is Jealous Of Kareena Kapoor Khan's Success, We All Need A Man Like Him)

MTV reality shows’ favourite child, Baseer Ali rose to fame for his good looks and talent in Roadies and Splitsvilla before participating in the recently concluded Ace of Space season 2. Apart from his reality show stints, Baseer has mostly been on the headlines because of his love life. After dating innumerous ladies in the past, Baseer yet again found love inside the Ace of Space house. Only that, it was extremely short-lived.

Vikas Gupta Was Dating Late Actress, Pratyusha Banerjee, Admits She Was Not Aware That He's Bisexual 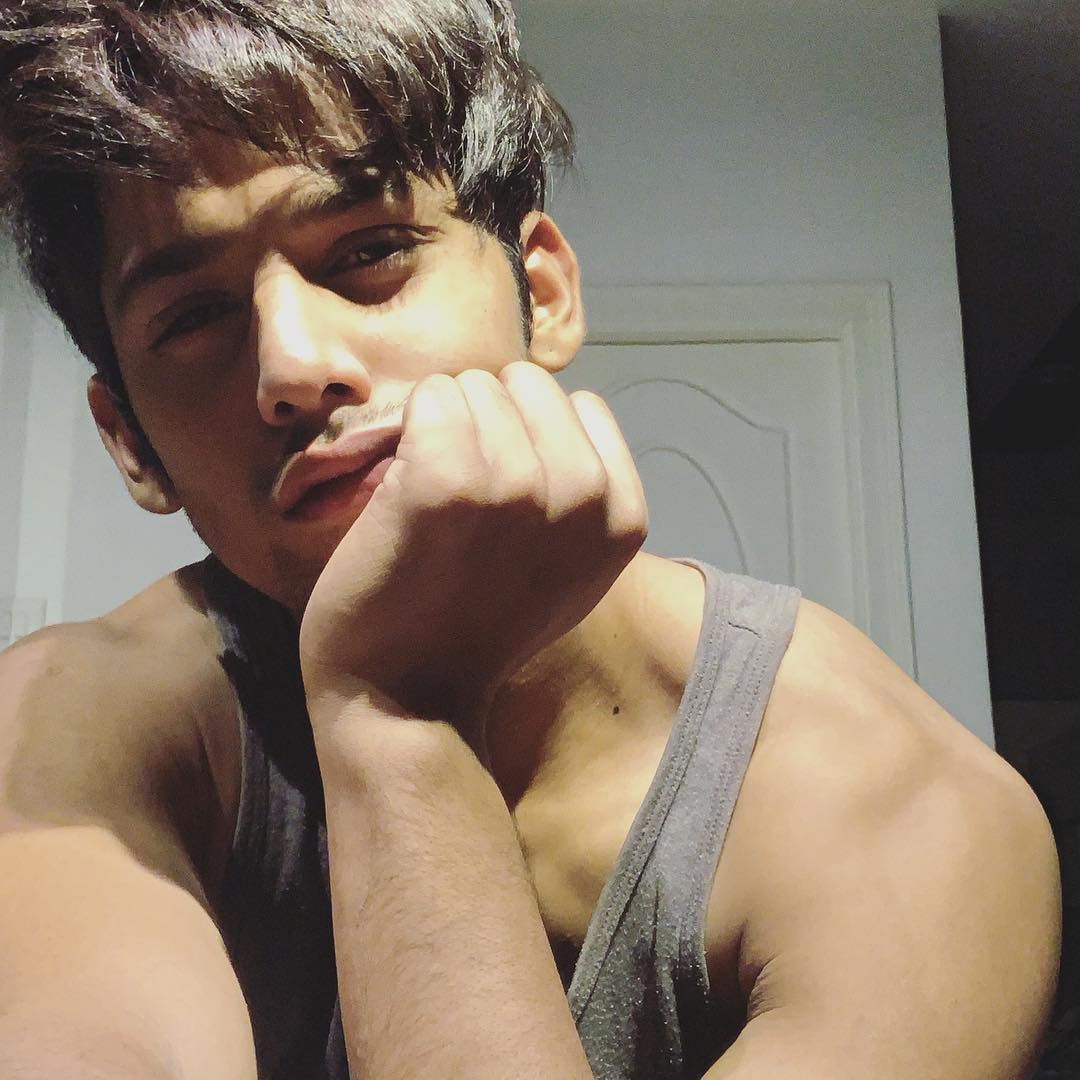 Baseer Ali had himself announced that he was dating a grey-eyed model, Stayce Ponomareva (the details of which we will share in the later paragraphs to come). Post entering Ace of Space, the 25-year-old reality show star found love in co-contestant, Lucinda Nicholas and were inseparable. Now that the show is over, the mastermind of the show, Vikas Gupta, in a latest video shared that all’s over between the two and that Baseer got dumped for the first time in his life. Vikas captioned the video as “When the #Houseguests come together for #baseerali who for the first time in his life got Dumped. It’s not a good feeling but I loved how all who could come for our #Evolved #BabbiJaan and told him #Itsokay Bob is Single and I am sure the girls aren't as sad as he is. Please do let him know why it’s a good thing to be single.” To this, Bigg Boss 12 and Ace of Space 2 co-contestant, Deepak Thakur jovially commented, "Yeto Ulta ho gya. Pr koi n Be happy bcz ab show v to khattam ho gya tha na."

It was around Valentines Day this year when Hyderabad's Most Desirable Man of 2017 (Baseer Ali) had posted a picture with a mysterious girl in a yellow jacket (reportedly named Halima), who had hidden her face on his chest as he held her in his arms. Soon after he had posted the pictures with her, Baseer had shared with an entertainment portal, "Yes I am in a relationship, I am dating a girl from Mumbai she is a lawyer by profession. As soon as I announced that I am in a relationship, my fans unfollowed me”. But soon after, the actor-performer had revealed to a fan in an Instagram ‘Ask Me Anything’ session (in April 2019) that he is ‘forever alone’. This is what he had shared when a fan asked Baseer about his dating scenario, “Like I said, Love and I don't gel up. #ForeverAlone.” (Must Read: First Look Of Mohena Kumari Singh From Her Lavish Reception, Suyesh Wore Colour-Coordinated 'Safa') 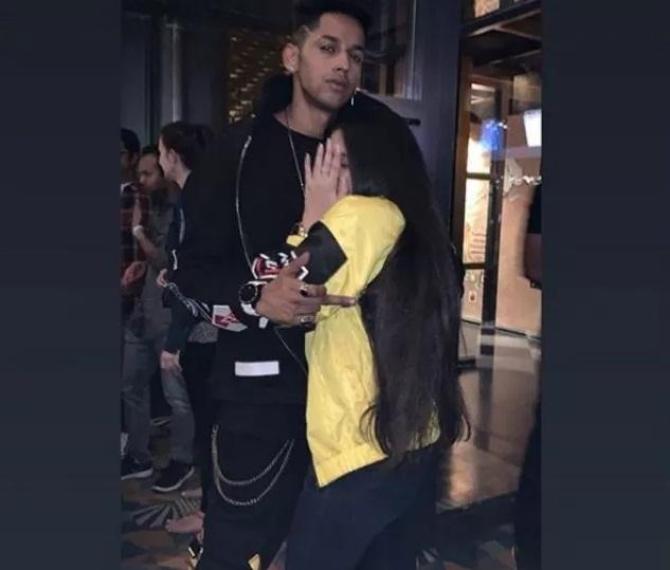 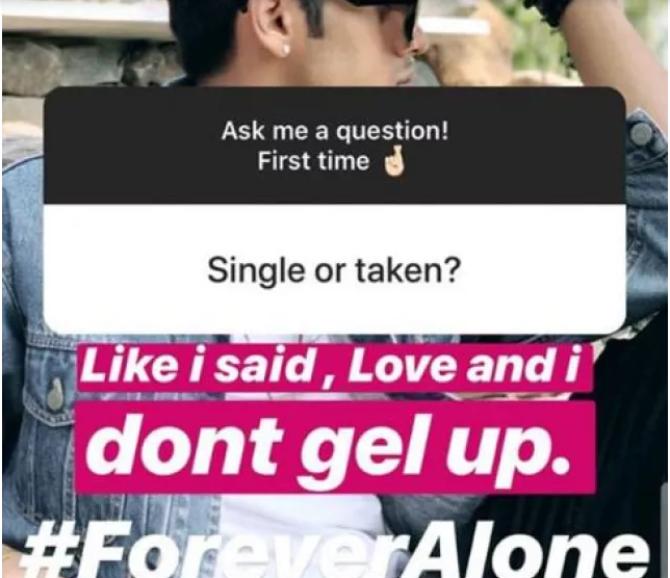 Baseer Ali, after a series of heartbreaks and linkups (Naina Singh, Samyuktha Hegde and the mysterious girl in the aforementioned picture), had deemed to have found love yet again in July 2019. With great pride, he had taken to Instagram and had shared a picture of his ladylove, Stayce Ponomareva. What we could then decipher from the picture, Baseer and Stayce looked super-happy together! Introducing his ladylove on Instagram with all his fans, Baseer had written, “My smile shows how happy I am to have met you.” Their relationship went kaput after Baseer found love in Lucinda. 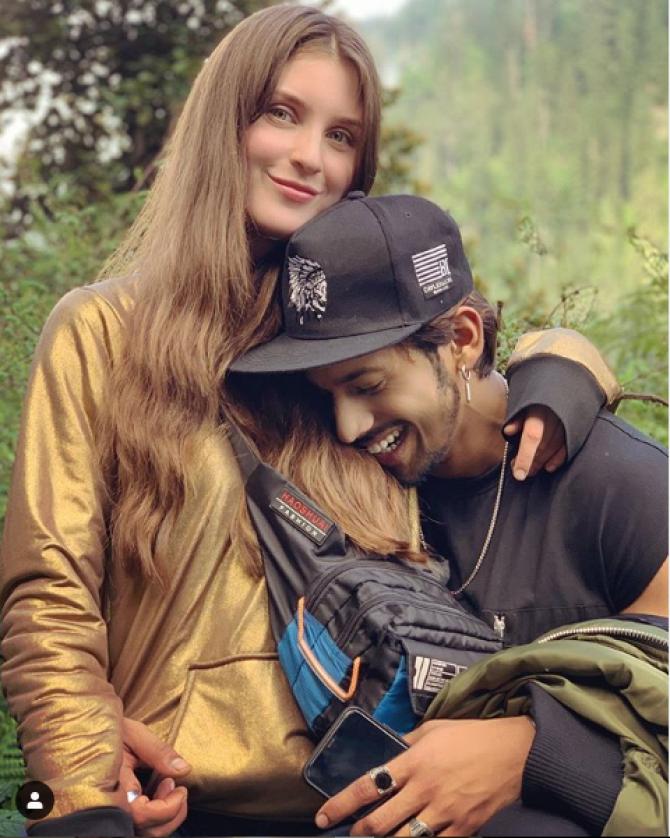 Baseer Ali, post breaking-up with his Splitsvilla 10 co-winner, Naina Singh, had opened up about their camaraderie and the reason behind their breakup. He had shared, “Naina and I had a very confusing relationship. I feel following in love in a game show doesn’t sound cool to me. In a reality show, you are playing a game. People around you also pretend and have different personalities. Naina and I chose to be friends throughout the show and never confessed being in love. We are always there for each other. After coming out, we became best friends. I can say that Naina is an important part of my life.” (Also Read: Kamya Panjabi Talks About Her Plans On Marrying Shalabh Dang In A Grand Wedding) Talking about Baseer Ali’s Roadies spree, his relationship with co-contestant, Samyuktha Hegde might not be unknown to you. In fact, Baseer had then admitted that he really liked Samyuktha but sadly, their relationship didn’t see the light of the day. This is what he had shared in an interview with The Hindu, “I really like her. But towards the end, we weren’t even together. She even nominated for a vote out. Hopefully, we might connect soon.” Now that Baseer is single again, ladies, its time to stitch your heart again! We hope that this hottie finds ‘his one’ soon.