Television heartthrob, Karan Tacker is in love again with his rumoured girlfriend, Shreya Chaudhry. And they are giving us couple goals with their cute social media PDA one day at a time. 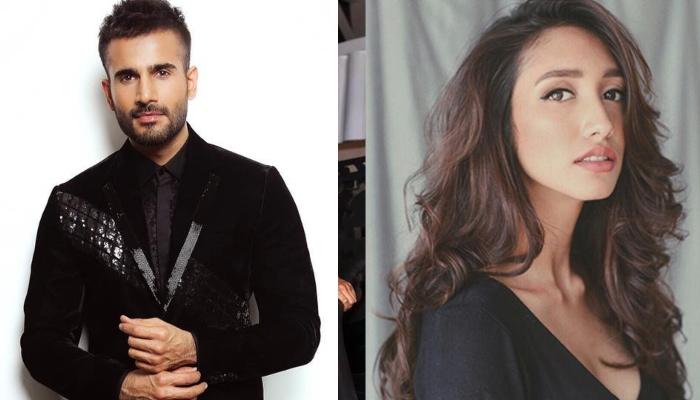 Sometimes in the middle of an ordinary life, when you least hope for it, love finds you and sweeps you off your feet. And television actor, Karan Tacker got second time lucky in love when he met Shreya Chaudhry. (Recommend Read: Arjun Kapoor Reacts On Trolls Targeting Him And His Muse, Malaika Arora Over Their 12-Year Age Gap)

It was in March 2019, when the news of Karan and Shreya being more than friends spread like fire in the telly town. While we all hoped that the couple will soon come out in open to talk about it, they kept their relationship away from the media glare. But time and again, they have never missed to give us goals with their cute PDA.

Recently, Karan shared a dancing video on his Instagram handle, wherein, we can see the handsome hunk showing off his filmy steps on a Bollywood number. He captioned the picture as, "Bhai aaj Friday mood mein hain..! Saare dance form ek taraf aur apna Bollywood dance ek taraf..! Nothing makes me happier than dancing to full filmy songs ! #rehersal #dance #bollywood #full #filmy #friday #mood #stage". While it was an amazing treat for his fans, Shreya instantly replied, "Look at you". And to this Karan gave out a flirtatious reply as he wrote, "Keep Looking At Me." Aww isn't he cute! Take a look at the video below:

For those who don't know much about Shreya, well, she had made her Bollywood debut in Dear Maya (2017). The couple met each other at a fashion event and felt the sparks instantly. But the couple has refuted all such speculations. As far as Karan's love life is concerned, the actor has been linked to many of his co-stars, but it was his relationship with Krystle D'Souza that had made its own fan base. (Also Read: Kareena Kapoor Khan Reveals Saif Ali Khan Was Nervous About Her Television Debut For A Major Reason)

In an interview with The Times of India, Karan had stated, "I want people to talk about my work and know me more for my work. But yes, I am very proud of the relationships and women I have been with. I wouldn’t want to admit or deny about this but yes, Krystle and I share a very special bond and I am very possessive about her." 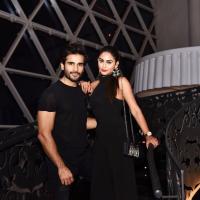 In an interview the DNA, Karan had refuted being in love with Krystle, and had shared, "Not at all. Not that I refute that she’s beautiful and an amazing person, but our chemistry is more like two boys than any other relationship. We are just buddies and good co-stars. A guy and girl can be only friends too, it is as simple as that." 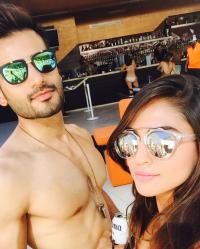 He had further talked about the kind of girl he wants, and had stated, "As of now I am married to my work, but I like a girl with a strong persona. She’s got to be funny enough to understand my stupid sense of humour and of course, she has to be drop-dead gorgeous. I am open to the idea of falling in love. But love is something you can’t plan. Pyaar kiya nahi jaata ho jaata hai. I do see my dream girl in my dreams Kabhi toh milegi kahi toh milegi... aaj nahi toh kal." (Don't Miss: Manish Naggdev Exposes Ex-GF Srishty Rode With An Open Letter, Divyanka And Kamya Support Him)

Well, we totally love Karan and his budding love with Shreya!