Karan Patel And Ankita Bhargava Welcome Their First Child, He Confirms The News Of Baby's Arrival

Karan Patel And Ankita Bhargava Welcome Their First Child, He Confirms The News Of Baby's Arrival

On November 23, 2019, Karan Patel had announced the news of his wife, Ankita’s pregnancy. And on December 14, 2019, the duo welcomed a new family member in the family. 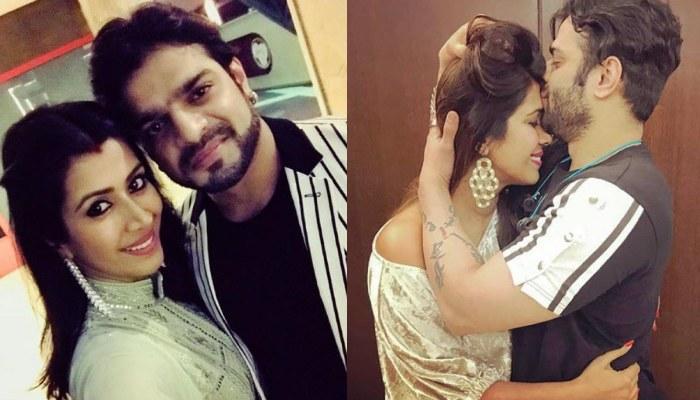 The biggest joy that a couple can ever experience is that of welcoming a little munchkin in their lives. From the very moment, when a couple hears the news of the arrival of their little bundle of joy, they start to prepare themselves to adapt to the new changes. From husband and wife to mother and father, the feeling is just beyond imaginable. The wait for nine long months seems impossible to cover, but when you hold your child into your arms for the first time, everything seems worth waiting for. From finalising the dinner dates to preparing your child for his/her first day at prep school, a couple’s life takes a complete U-turn and they happily adapt the changes and promise their child to give him/her the best of everything. (Recommended Read: Sania Mirza And Sister, Anam Mirza Dance Like No One's Watching At The Latter's Wedding After-Party)

Yeh Hai Mohabatein star, Karan Patel and his wife, Ankita Bhargava’s life have also taken a complete U-turn. It was on Karan’s birthday that he had revealed the truth behind his wife, Ankita’s pregnancy. In an interview with Pinkvilla, Karan had revealed the news with utmost excitement on the occasion of his birthday (November 23, 2019). He had shared that his wife is soon going to give him the biggest birthday gift ever. He had also shared that it is going to be a new chapter in his life and he is waiting for things to unfold. And now the wait is finally over for the couple. 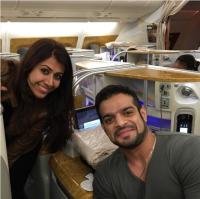 As per a latest report by SpotboyE, Karan Patel and his wife, Ankita Bhargava welcomed a baby girl today, on December 14, 2019. Karan and Ankita have happily entered the bandwagon of parents and as per SpotboyE sources, the mother and child are doing fine. Ankita had kept her pregnancy as low key as possible and avoided media interaction and shows. Karan confirmed the news and said, "Am numb overjoyed and a little intimidated the only soul who has given me such emotions all at one go, Ankita is doing well and our families would like to thank each and everyone who has loved us and continue to bless us." Ankita's father Abhhay Bhargava said, “We are elated with the arrival of our granddaughter. Both the families — the Patels and the Bhargavas —- wanted a girl and God has blessed us with one. This is the best New Year’s gift we could have ever asked for.”

Earlier, prior to his birthday, Karan had always denied the pregnancy news of his wife, Ankita. In an interaction with the media, Ankita had made a witty comment on her pregnancy and had clearly stated that she has been hearing the news of her pregnancy ever since she got married. She had also added that she would not like to have an article written about her pregnancy irrespective of whether she’s expecting or not.

Karan Patel and Ankita Bhargava were supposed to welcome their first baby in November 2018, but unfortunately, Ankita had suffered a miscarriage in June 2018. But commendable was their optimistic attitude towards life that they are moved on. Karan, in an interview with the Mid-Day, has poured his heart out regarding Ankita’s miscarriage. Here’s what he had said, "We are in a positive state of mind. We want to start a family and are planning for it. The incident is behind us. It's a film that didn't' release, but the show must go on." (Suggested Read: Raj Babbar Pens Down An Emotional Note For His Wife, Smita Patil On Her 33rd Death Anniversary) 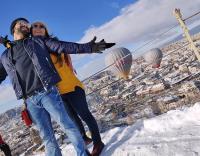 Earlier in an interview with the Bombay Times, Karan had shared his excitement about welcoming the baby and was quoted as saying, “It's sinking in slowly, and I am ecstatic. I can't go through the emotions and transformations, which Ankita is going through. It's a beautiful phase for her as she will graduate from a wife to a mother. I plan to spoil our baby silly with love and pampering once he/she is born. We would like to have two kids - both Ankita and I are the only children of our parents, and we understand the need for a sibling." 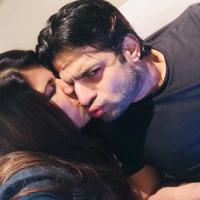 For the uninitiated, the couple had released an official statement confirming the miscarriage that could be read as “I would urge all media personnel to please allow Karan and Ankita Karan Patel enough time to deal with the miscarriage. It is a difficult time for them individually and for the families involved. This sudden turn of events happened a few days ago and ever since we have tried to keep it low key, only so that we allow them enough time to cope with it.” 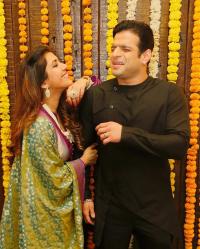 It had concluded with, “However, given the nature of the lives they live we do understand there will be speculation and concern from many, while we are ever thankful to the love and concern shown I’m sure we all agree that it is a tough time for them and coming to terms with it will take a few days!! Please consider this as a formal acceptance of the misfortune that has occurred in their lives and thank you in advance for respecting their privacy.” (Must Read: Anam Mirza And Mohammad Asaduddin Compete For A 'Dulha VS Dulhan' Cricket Match Post Their Wedding) 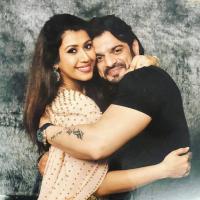 Heartiest congratulations to Karan Patel and Ankita Bhargava for welcoming a lovely angel! 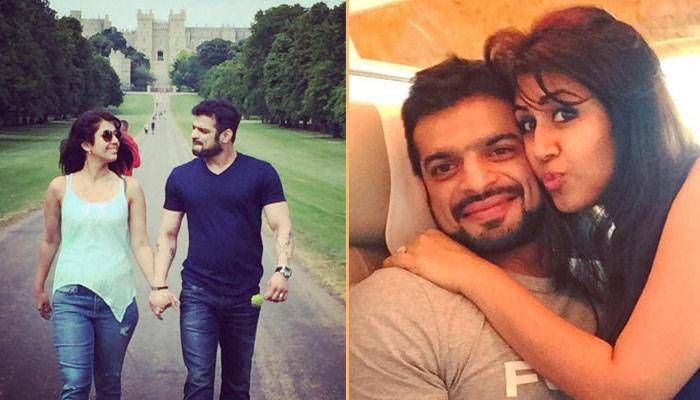 People say that matches are made in heaven, by God’s own hands, and we completely agree. Marriages are definitely something out of heaven and that is why they are so beautiful. We have seen many happy couples around, but our telly town couples raise the bars of a happy relationship with