Karan Mehra Twins In White With His Son Kavish Mehra, Li'l One's Smile Is Too Cute To Be Missed

Karan Mehra Twins In White With His Son Kavish Mehra, Li'l One's Smile Is Too Cute To Be Missed

Karan Mehra, aka Naitik from the Star Plus TV show, Yeh Rishta Kya Kehlata Hai broke millions of hearts when he walked down the aisle with the love of his life, Nisha Rawal. Nisha and Karan took their wedding vows on November 24, 2012, and were blessed with a little baby boy, Kavish Mehra on June 14, 2017. (Also Read: This Newborn Celeb Baby's Parents Dress Him Up As Different Characters And Pictures Are Aww-dorable)

And since then, the elated parents have been posting Kavish’s adorable pictures on their Instagram accounts. Even the little one Kavish Mehra has his own verified Instagram account which is handled by his mother, Nisha Rawal. Karan who is enjoying his fatherhood phase with Kavish often posts memories with his son on social media.

Karan-Nisha's Son Kavish Turns 11-Month-Old, Birthday Cake Is About The Milestone He Has Achieved 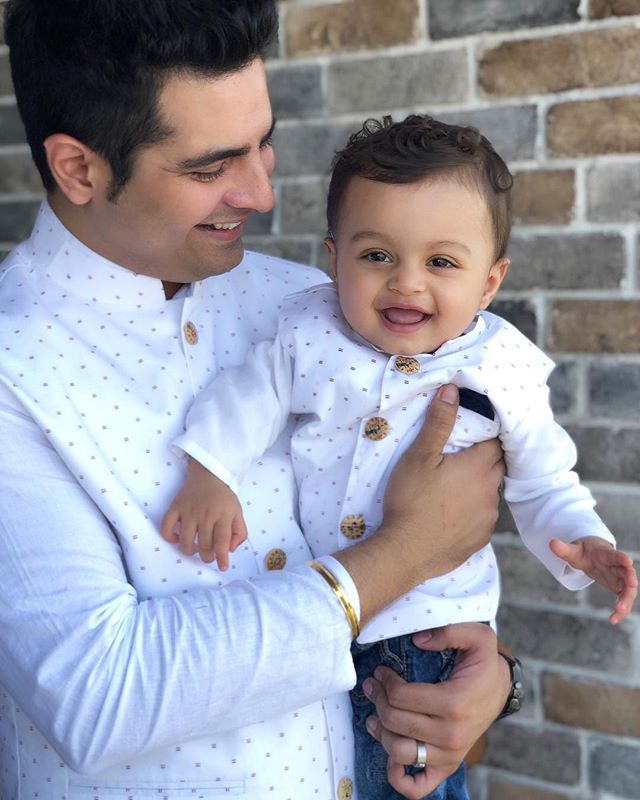 In one of the pictures shared by Karan Mehra, he is seen twinning with his son, Kavish. Karan and Kavish look royal in their father-son twinning in a bandi, and the little one’s smile is just too cute to be missed. The pictures shared on Kavish’s account is captioned as, “My Daddy, Strongest!! #twinningwithdaddy” And in the one shared by Karan, the caption could be read as, “Twinning with my Little Man”. (Also Checkout: Saif's Luxurious Gift And Kunal's Cutest Wish, Soha's First B'Day As A Mom Was Epic) 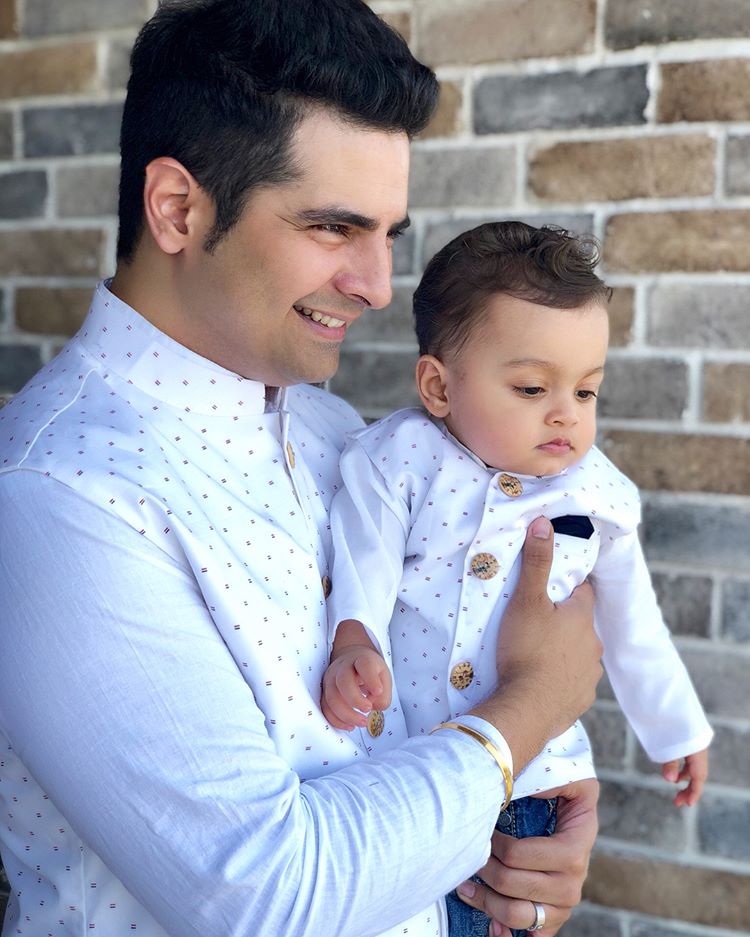 This is not the first time, Kavish is seen twinning with Karan. In February 2018, Karan and Nisha took Kavish on his first vacation to Goa and from twinning ‘Tirchee Topi Waaley’ with daddy to twinning in Mickey Mouse printed t-shirts with mommy-daddy, the trio made the best memories on their trip. 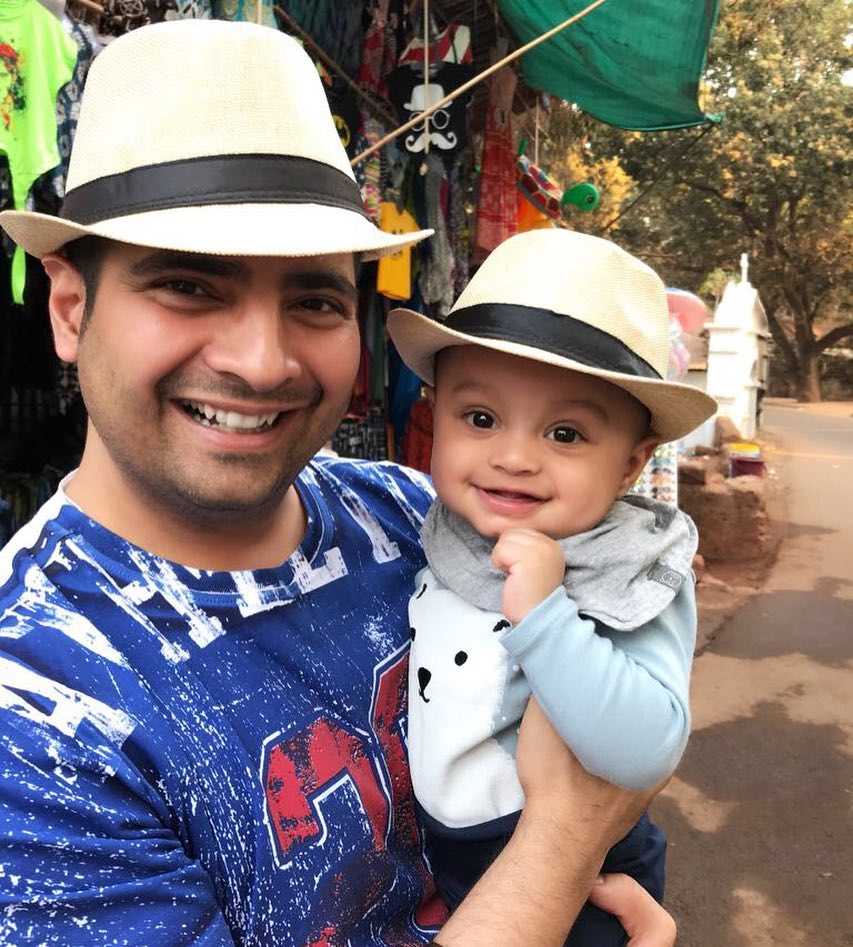 On Kavish’s birth, Karan shared the feeling of becoming a dad and welcoming his newborn into the world. He was quoted as saying, “It's different actually. The feeling of knowing that the baby is inside was different and now that it is out, the feeling is even more different. Like now that we are feeding him, cleaning him and all, we are getting to experience a lot. You know in case I go out and suddenly I am like, oh we have a baby at home. The feeling hasn't sunk in yet.” (Also Read: Karan And Nisha Gave Baby Kavish His First Food On 'Annaprashan' Ceremony) Karan Mehra further added, “Actually he did not come directly into my hands. I saw him coming out and he was cleaned and then when he came into my hands I was like, Woah, that's my baby; he's finally into my hands.” Talking about whom does Kavish resembles more, Karan stated, “Now I feel Kavish looks more like both of us. He looks more like me when I was young but now Nisha says that he resembles her. His hands, his ears, his toes are just like me. But honestly, at two weeks old, at that kind of phase, all the babies look the same to me.” (Also Read: Twinning With Her Daughter On Her 'Godh Bharai', Bollywood Actress Urvashi Sharma Looks Gorgeous) 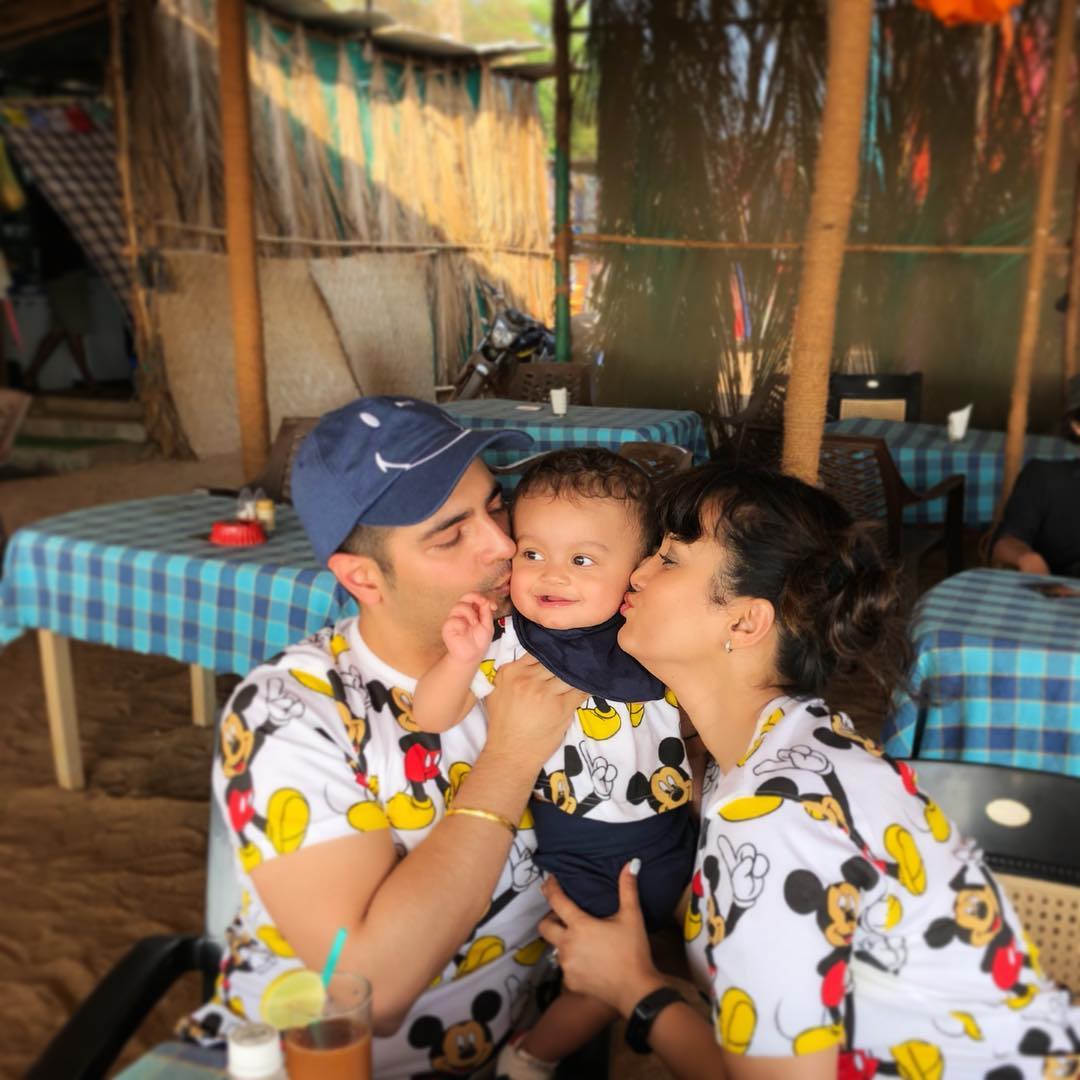 What do you think of Karan Mehra and Kavish Mehra’s father-son twinning? Do let us know in the comments section.

Next Read: Shahid Kapoor's Biological Mom, Neelima Azeem On Her Happiness Being A Grandmother Again 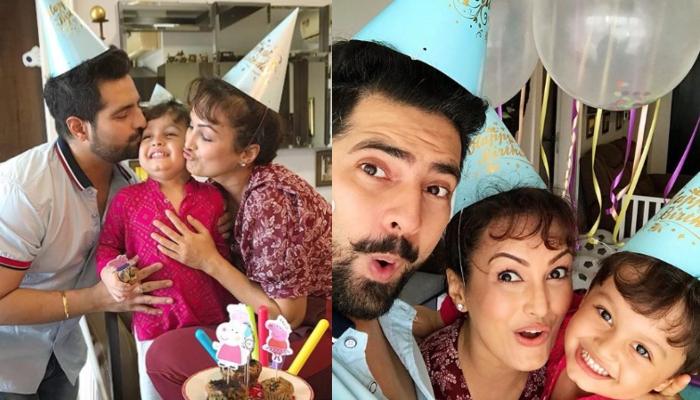 We have heard and read a lot about love at first sight or some have even experienced the same in their lives. But did you know there's something called falling in love before first sight? Yes! And the proof of it is babies! Much before they are brought into this world,

Karan-Nisha's Son Kavish Turns 11-Month-Old, Birthday Cake Is About The Milestone He Has Achieved