Karan Johar was awarded the prestigious Padma Shri Award. Recently, he revealed how his mother reacted to the news and that it was the dream of his father, Yash Johar to win the award.

When you have a Godfather in the industry, it becomes easier for you to survive and make your mark. When you enter a world, which is completely new to you and you don’t understand where to begin and how to begin, having a Godfather will always be blissful. And Karan Johar has proven to be a Godfather of many debutants of the industry. From giving us brilliant actors like Alia Bhatt, Varun Dhawan, Janhvi Kapoor to making mind-blowing movies, Karan has proven that he is in the game to stay and is not less than anyone. Born to Yash Johar and Hiroo Johar, Karan had entered the entertainment world to make a mark as an actor, but fate had something else in store of him. From working and trying his luck as an actor, Karan had realised that he is better off-camera and started his career as director and producer. (Recommended Read: Himanshi Khurana Reveals The Reason Behind Ending 9 Year Old Relationship With Beau, Chow To Asim)

Karan Johar is not only an ace filmmaker but is also a complete family man. From being a doting son, a loyal friend to being a wonderful father, Karan has proved that he is somebody, who can be trusted and loved. He has proven many times that he is somebody, who will help his friends whenever they are in trouble and will go out of his way to make things work for them. Karan is a father of two adorable twins, Yash Johar and Roohi Johar and after the demise of his father, Yash Johar, his world revolves around his mother and two kids. Recently, Karan Johar’s name was announced for the prestigious Padma Shri Award and in an interview with the Mumbai Mirror, he shared his reaction and how his mother reacted to the news. Talking about his reaction after hearing the good news, Karan Johar said, “I was shocked! I was trying to call my mother to speak to my kids while scouting for locations for Takht in a forest in Italy but couldn’t get through. I walked around exasperatedly in search of reception when suddenly the phone rang. I don’t usually answer calls from unknown numbers but thank God I answered this one. It was from the ministry. I couldn’t believe this was happening to me. I managed to thank them but after the call ended, I went numb. I was standing there alone when this news dropped. I called my mother despite the terrible network. She broke down when I told her I’d got the Padma Shri.” 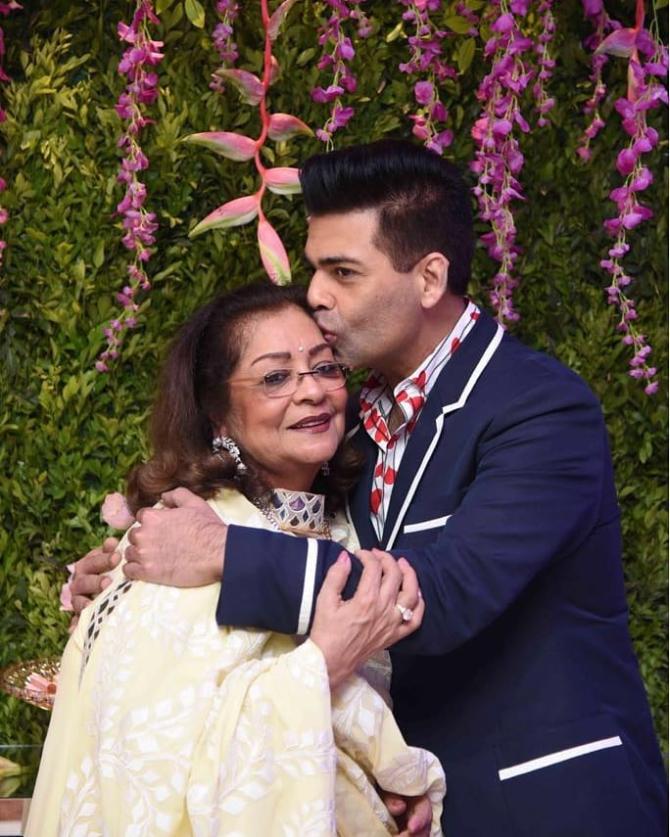 Karan Johar also talked about how his late father, Yash Johar would have reacted to this news and said, “When Kuch Kuch Hota Hai bagged a National Award (for Best Popular Film Providing Wholesome Entertainment) in 1998, we got a call at home and my father (late producer Yash Johar) turned to me, saying, ‘Ek din main chahta hoon tu Padma Shri jeete’. I’d protested then, saying I was too young to know where my life would go and asking him not to give me this kind of stress. But papa reiterated it, saying it was his desire, and while he knew he would not win it in his lifetime, he wanted his son to get it one day. My mamma reminded me of that conversation. It’s the fourth most prestigious civilian award in the country and my heart is bursting with pride. A national honour brings a little more responsibility which I am willing to shoulder.” (Suggested Read: Kashmera Shah Insults Shehnaaz Gill For Calling Her Husband, Krushna Abhishek's Name Disrespectfully) 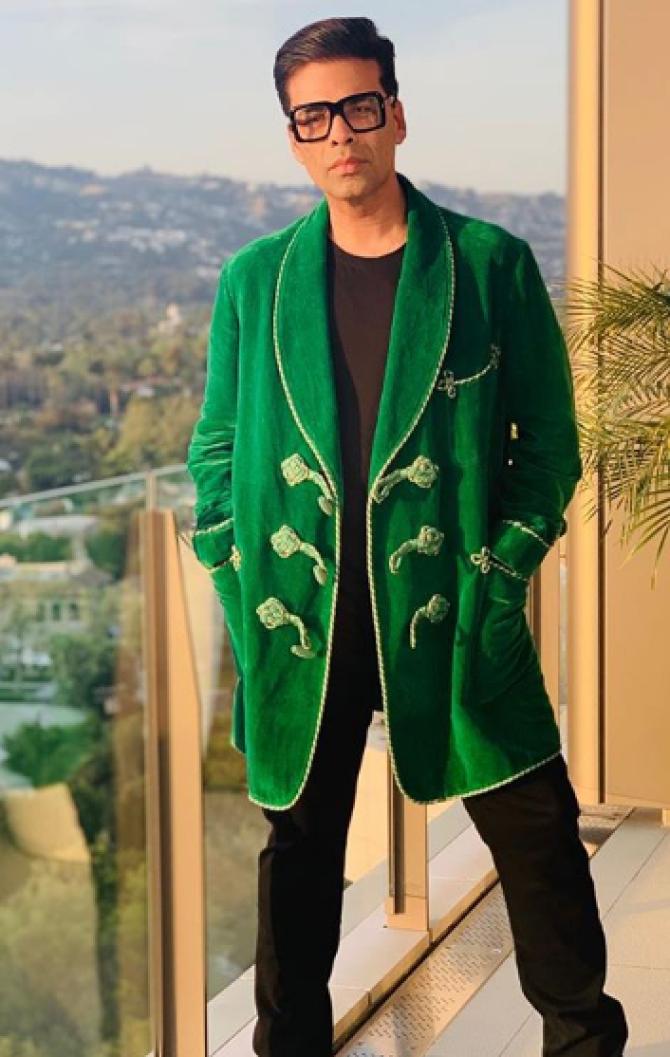 Talking about the feeling of missing his father’s presence on the day he received the news of the award, Karan said, “I always believe that when you lose a parent, you gain God. Every night, I talk to my father like I am praying. I tell him about my fears, excitement and reservations. I have a conversation with him every day and that day, too, I told him, “Papa, we did it together.” Just as I made my father proud, I hope my kids will make me proud one day.” 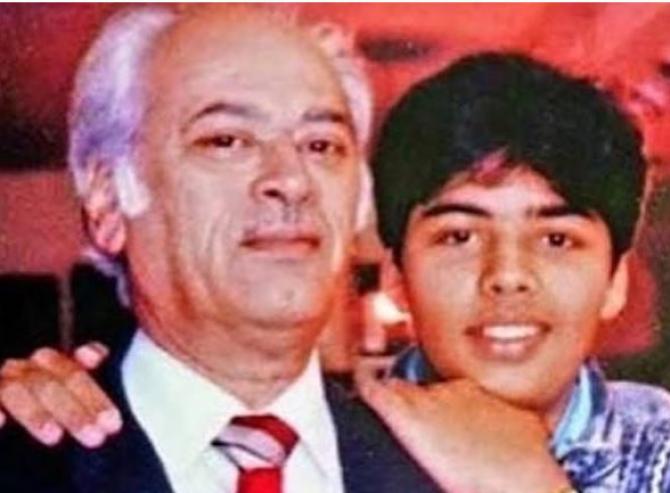 In an interview with the IANS, Karan Johar had talked about his multi-starrer film, Kalank and had shared that the movie was his late father’s dream project. He had said, “Though all our films are special for us, I would say, Kalank is beyond its box office (collection) and beyond its commerce, because it was my father's dream that has got fulfilled with the release of the film. After the release of Kal Ho Naa Ho in 2003, I shared the story of Kalank with my father. Since my father had knowledge about the subject... it became his dream to make the film.” 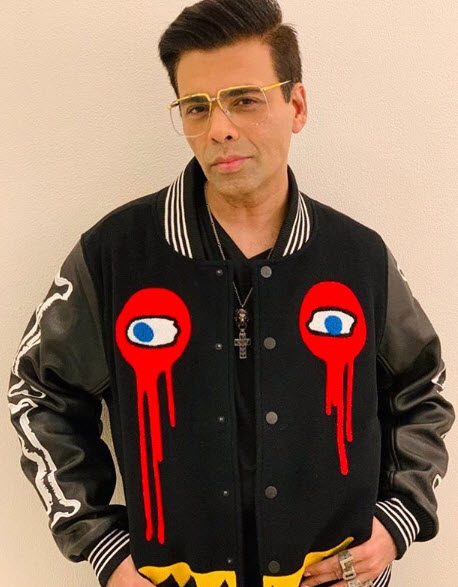 On June 27, 2019, Karan Johar had taken to his Instagram handle and had shared a close-up picture of his late father, Yash Johar. Along with the picture, he had shared a valuable teaching of his father in the caption. The same could be read as “He said to me once... “people need people... you have to be there for people because one day you will need them to stand by you....” I try papa! I fail... I succeed .... but I always try.....” Karan Johar, in an interview with Pinkvilla, had talked about the names of his twin kids, Yash and Roohi. He had revealed, “It was a given. I always wanted this. I was dying to name my kids after them. Because the three of us are like a solid one unit family. I don't say this in a sappy or emotional way but I say this with all my heart. We're a complete unit. Even when I lost my dad I am completed by his memory. So I thought I needed to take the legacy of that love ahead. I am glad I got the opportunity to do so with my kids. I always said that if I have a boy or a girl I will name both of them after my parents. But if I have two boys or two girls then I won't do because then one of them would feel bad and I had no backup plans to these names. I think I've been very blessed and fortunate that I got these two and named them Yash which is my dad's name and Roohi which has been taken from Hiroo, my mother's name.” (Must Read: Maniesh Paul Pens His Journey With Highschool Sweetheart And Wife, Sanyukta Paul On 13th Anniversary)