Ouch! So Yash and Roohi decided to mock their dada's singing once again and we literally ROFL at their reactions. Check out the video inside! 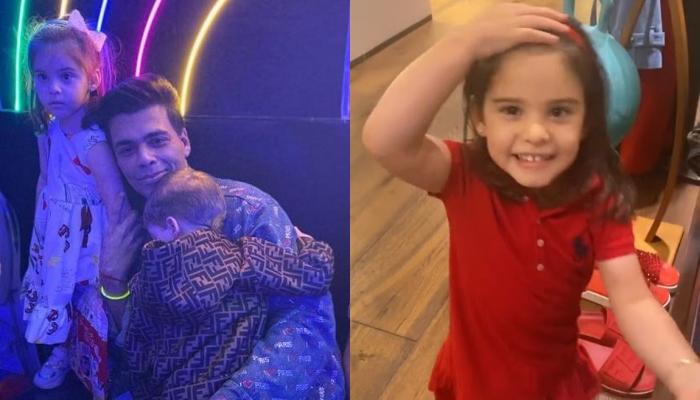 If you love singing, or think you can sing, here's a pro tip: try singing in front of your kids. Because those little devils won't deprive you of the truth, that you might need to hear. Now, don't be scared, you might even be a good singer, not everyone is Karan Johar, right? Internet's favourite muse, Yash and Roohi Johar are back yet again for another episode of Karan Johar's roasting. (Recommended Read: Sushmita Sen Faces Her Daughters, Renee And Alisah In An Interview, Redefines 'Fear' For Them)

Yash and Roohi decided that it was time to 'let's bash dada's singing 2.0' as they've done it before as well. But it seems once was not enough. And this time anyway, it's clearly on Karan as you've got to be ready for some consequences if you start singing in your 'melodious' voice out of nowhere! Scroll down to check out the hilarious video below! 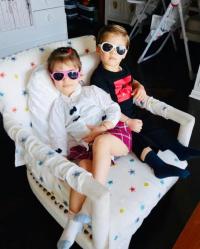 On May 8, 2020, Karan Johar took to his Instagram handle to share a video of his frivolous attempts at singing, only to be shunned by his kids, Yash and Roohi. The video began with Roohi trying to operate  Karwaan radio, when Karan said to her, "Roohi beta, you don't have to resort... this is a beautiful thing Karwaan, but don't worry about it, I'll sing for you. Dada will sing for you." And just like that, without any notice, he started singing, 'Chaudahvi ka chaand ho...' when he was stopped abruptly by Roohi and Yash both. Roohi even went on to say, "No, it's giving me a headache." To which, a baffled Karan said, "My singing is giving you a headache? Yash, my singing is giving you a headache?" Karan then apologised to them and said, "Okay I'll try one more song" and started singing 'Oh gum hai kisi ke pyar me...' and again he was interrupted my little Yash who said, "My head hurts." A dejected Karan then signed off. We feel you, Karan, we do! Anyway, he captioned the video as "No appreciation for my singing #lockdownwiththejohars." Have a look here:

Karan Johar's entire world revolves around his kids, ever since they have entered in his life. Time and again he talks about his kids, how did they change him and what inspires him to be a better daddy to his kids, every day. In a parenting blog by Simone Khambatta, 'Mama Says' Karan had talked about how does he make sure to embed the right morals and values in Yash and Roohi's minds. In his words, "All of us are very proud parents, we all love our children. And it’s very integral that we give them all the love, the attention and the care. We also really make their home feel beautiful, we make them love their home, we make them feel like home is where the heart is." (Also Read: Nisha Rawal Slams Trolls Who Belly-Shamed Her By Asking If She's Pregnant, Proudly Flaunts Her Belly) 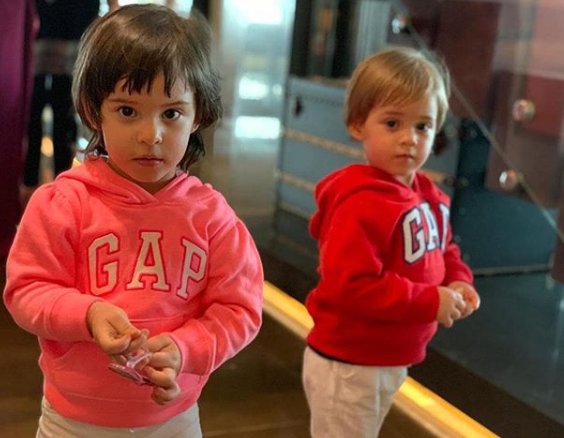 He had further added, "But we sometimes miss the point, we sometimes pretend that their home is just their residence, but that’s not true. Our planet is also our home. There are few things that I have done with my kids at a very young age apart from the emotional encouragement that one has to always give them about making sure that they don’t fall into stereotypes." In a conversation with Rajeev Masand, Karan had talked about how fatherhood has changed him as a person and had said, "I think it’s changed me in more ways than I can actually explain. I can’t believe that I have people who call me ‘Dadda’…who kind of say ‘don’t go’ when I am leaving the room and who kind of come and just need me to hug them." (You May Also Like: Abhishek Shares A 1981 Video, When Big B Had Introduced Him And His Shweta 'Di' To The World) 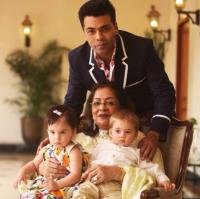 Do you also share such a cordial relationship with your kids? Let us know!