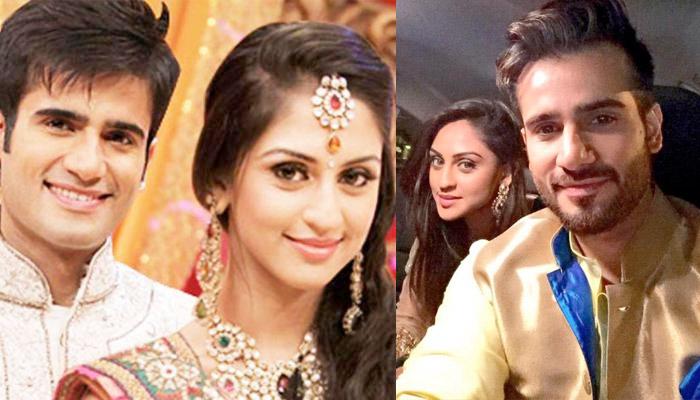 Ever since they came together on Star Plus’ TV show, Ek Hazaaron Mein Meri Behna Hai, their sparkling chemistry added fuel to their link-up buzz. We are talking about an enigmatic couple of the telly town, Krystle D’Souza and Karan Tacker. Kryan (as their fans fondly call them) have neither denied nor accepted their love for each other.

Recommended Read: After Linkups With Five Women, Karan Patel Found The Love Of His Life In An 'Hour And A Half' Meet

Krystle being an ardent social media user posts pictures on her Instagram account. Among many immensely spectacular pictures of her, one such click is of her Qatar trip which she captioned, “Knock Knock.” As soon as she posted the picture, it was showered with love and praises from all her fans. Amidst all the love and praises, one lovey-dovey comment which caught our attention is of none other than her alleged boyfriend, Karan Tacker. 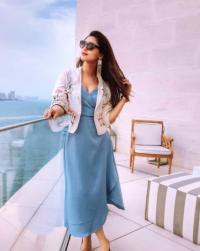 Well, after this, Krystle D’Souza’s fans have to be very conscious and keep a check on their love and affection for the actress. In a candid interview with a leading media portal, Krystle revealed how she feels when people discuss her love life, “I like the speculation. It’s nice to know that people are so interested in my life. But I have never shared anything with the media. I like to keep quiet.” Speaking about her bond with Karan, she stated, "I don’t think every relationship needs to be defined. I look up to Karan, he inspires me and I can count on him; it’s mutual. We are clear about what equation we share and what we feel for each other. That should be enough. They all want more and I truly understand why. It's their never-ending love for me that wants to know every detail of my life possible. About my love life, I would like to say I am single till I have a ring on the right finger and a wedding date." (Also Read: Sonam Kapoor's Sister Rhea Shares Their In-House Madness With Arjun Kapoor Prior To The Wedding) 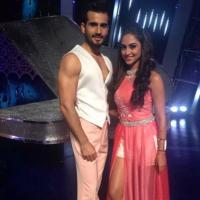 In another interview, Karan Tacker was quoted as saying, “I don’t give it too much thought. When I began my career, it was a bit difficult to handle rumours, but after a point you learn and understand that speculations are something that will always be a part of every actor’s life.” Adding further, he remarked, “I have been linked- up with every co-star I have worked with —male actors as well! So It doesn’t really matter, because leave alone relationship rumours, I have never found the need to clarify anything in life in general.” 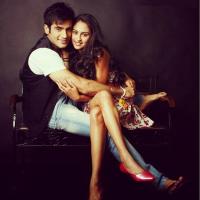 After contributing a decade to the television industry, she talked about working for Bollywood, and said, "I have never specifically planned these things, by the grace of God they have all just fallen in place at the right time. So I'm going with the flow of things I'm sure if something on the big screen comes my way I'll take the leap. Till then I'm waiting. As they say 'Go Big or Go Home'." (Also Read: Ranbir Kapoor's Reply, When Asked If He Is Dating Alia Bhatt, 'Almost Confirms' Their Relationship)

Nonetheless, it is really adorable! Though have never accepted their relationship, but Krystle D’Souza and Karan Tacker make one of the cutest couples in the telly world.

Next Read: Karan Tacker Almost Confirms His Relationship With Krystal D' Souza, Says He Is Possessive About Her 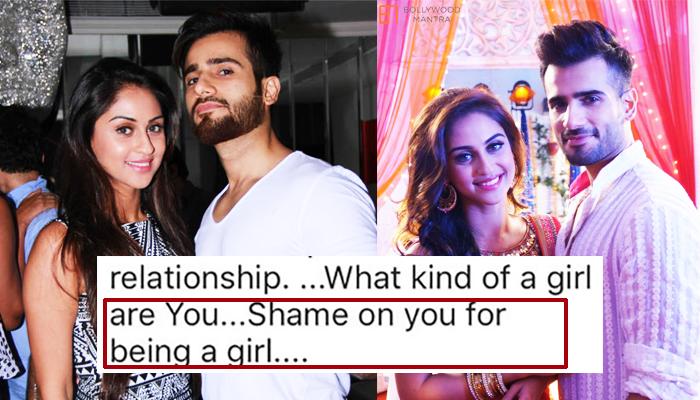 Relationships and affairs in the tinsel town are a fickle thing. One can never be sure when could a relationship turn into marriage, and when it could see its end even before a potential beginning. Latter is the case with telly land’s one of the most famous couples, Krystle D’souza