Shahid Kapoor and Mrunal Thakur are all geared up for their upcoming release, Jersey. The movie was set to hit the theatres on April 14, 2022, but it has been postponed to April 22, 2022. And, netizens are saying that it has been done to avoid a clash with the Yash starrer, K.G.F Chapter 2. Talking about Shahid Kapoor's Jersey, we will once again get to witness the magic of the father-son duo on our screens as the movie also stars Shahid's father and iconic actor, Pankaj Kapur. Recently, Kapil Sharma joked about Shahid being extremely nervous in front of his father, and the latter's reaction has left the internet in splits.

For the unversed, apart from being an incredibly talented actor, Shahid is also a caring husband to his wife, Mira Rajput Kapoor and a hands-on-daddy to his beautiful kids, Misha and Zain. Though his parents, Panjak Kapur and Neliima Azeem, are veteran actors in the industry, the Kabir Singh actor had to struggle a lot to make a place for himself in the showbiz. Shahid has changed his stereotypical image of a 'chocolate boy' by playing rugged characters in Udta Punjab, Haider, Kabir Singh, Padmaavat, etc.

Recommended Read: Karishma Tanna's Husband, Varun Bangera Pampered Her With A Gift, That Is Every Girl's Weakness 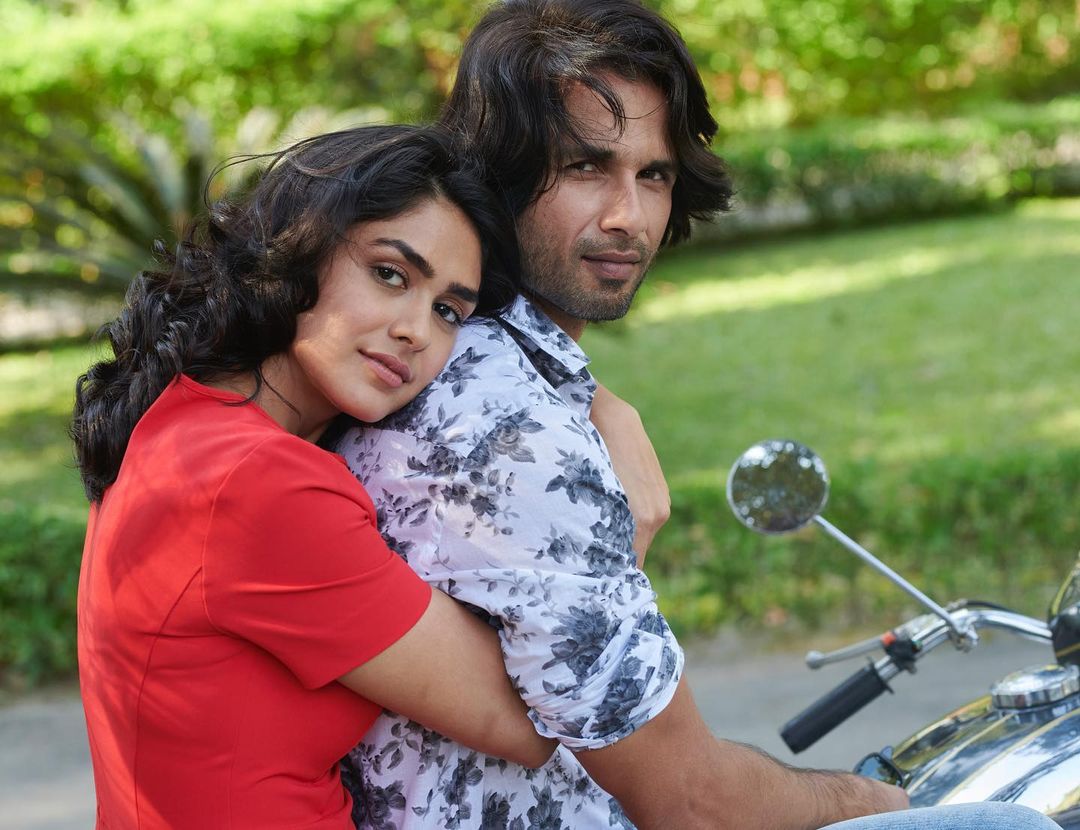 To promote their upcoming sports drama, Jersey, the film's cast, Shahid Kapoor, Mrunal Thakur and Pankaj Kapur, graced The Kapil Sharma Show. We have stumbled upon a promo video, which the makers of Sony Entertainments uploaded on the YouTube channel. The video shows how the legendary actor, Pankaj Kapur, enters the stage with his charismatic aura and leaves everyone in awe of him. Then, Kapil mocked the actor's son, Shahid Kapoor for looking stressed in front of his father like they were in a 'Parents Teachers Meeting'. Kapil jokingly said:

Shahid Kapoor had earlier shared the screen space with his father in movies like Shaandaar and Mausam. During the trailer launch of Jersey, Shahid had shared an incident from the first day of his shooting with his father, Pankaj Kapur. The Jab We Met actor revealed that the director of the movie was stunned by Pankaj's performance on the sets, and he had called Shahid in a corner to ask him if he would be able to perform as good as his daddy. Elaborating on the story, Shahid had shared:

"There is a scene where we (Shahid and Pankaj Kapur) are having tea together. That was our first day together. I had shot for 15 days already. So for some reason, Gowtam (Tinnanuri) took his shot first. My dad did the take and suddenly Gowtam's expression changed. Then he (took me) to the corner and I was like 'what happened?' He was like 'Sir, will you be able to match his performance because he is outstanding."

Shahid had also mentioned that many people do not believe it, but though his parents are actors, they do not have many connections in the industry. So, his parents could not help him in the initial days of his career, and Shahid had made it big in Bollywood with all his hard work. In his words:

"I used to think that if my first film doesn't work, then I will be out of the industry. It's a blessing that I am an actor. I know that people would probably not believe it because my parents were technically actors, but they did not know many people." Shahid Kapoor and Pankaj Kapur are indeed among the most talented father-son duos of Bollywood. What do you think?