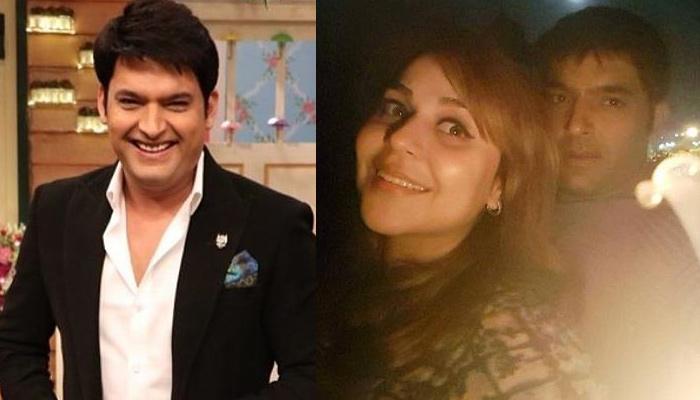 This man has seen some tremendous ups and downs in his life. Who knew that a once contestant on a comedy show could one day, have a show under his own name and banner, with every celebrity wanting to become a part of it? Remember, how eagerly we used to wait for the weekends, to see a fresh episode of Kapil Sharma’s hit show? With fantabulous characters and comic timings, no wonder his show was the highest TRP grossing stint. But suddenly, things went downhill for the comedy King, owing to a series of personal muddles. (Do Read: Angad Bedi Admits Wifey Neha Dhupia Was Pregnant Before Their Wedding, Reveals Parents' Reaction)

Keeping melancholy aside, looks like brightness has revisited the Firangi star’s life as Kapil Sharma will not only be back like never before on his professional front with his own show, but the man is all set to get married soon! An Indian Express report confirmed Kapil Sharma’s marriage to his longtime girlfriend, Ginni Chatrath, where a source close to the couple revealed, “While December 12 is the wedding date for now, Kapil and his family want to zero in on the most auspicious date. The family has already started prepping up for the big fat Punjabi wedding which will happen in his home town. Kapil is in Mumbai but has been keeping in touch and personally looking into the preparations. His show is also supposed to go on floors soon. So, he has quite a lot in his kitty for now”. 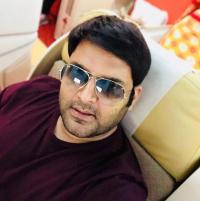 And now the latest update about Kapil Sharma and Ginni Chatrath’s wedding has all the latest information about their pre-wedding festivities. A source shared with Mumbai Mirror, “The celebrations will kick off with a Mata ka jagran at Kapil’s sister’s residence on December 10. This will be followed by a mehendi and sangeet ceremony at the bride’s place the next day. A five star has been booked for the big fat Punjabi wedding on December 12. It will be followed by a reception party on December 14 at another five-star in Amritsar.”

The source further shared details about their Mumbai reception and stated that the couple are planning to throw a bash for their industry friends at around December 24, 2018, a day after Kapil will be back on Indian television. The reason cited for a Mumbai reception is because many of his industry colleagues and friends won’t be able to travel to Punjab for their wedding. So excited, aren’t we? (Must Read: Divya Agarwal Says 'I Love You' To Varun Sood Who Calls Her 'Priyank's Ex-Girlfriend' In Anger) 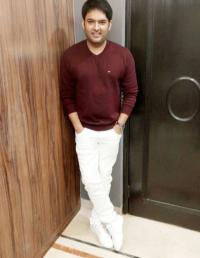 In an interview with Hindustan Times, Kapil spoke for the first time about his marriage and stated, “Maine shaadi rokne ki bahut koshish ki, par kuch nahin hua (laughs). Jokes apart, I am ecstatic to be with Ginni and I know this marriage will be a huge change in my life. Discipline aayega. She takes good care of me and is a huge support in my life. People like me are surrounded by many people at work or events or otherwise, but when you come home, ghar khali lagta hai”. 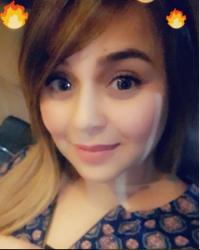 For those of you who don’t know, Kapil and Ginni are college buddies. The Kis Kisko Pyaar Karoon star is famous for his jovial and flamboyant attitude in his show, who surprised everyone when he took to Instagram and posted a beautiful picture with his girlfriend, Ginni with a heartfelt. Denoting that she completes him, Kapil wrote, “Will not say she is my better half, she completes me. Love u Ginni. Please welcome her. I love her so much.” Here’s the picture: 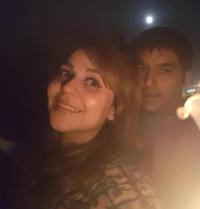 In an interview earlier this year, Kapil spoke about his marriage plans and it clearly indicated his unwillingness to get married anytime soon. This is what he had stated, “See, whatever has happened with me over the last few months, sometimes I doubt myself if I’m responsible enough. Yes, I’m a professional and doing a show but will I be able to manage all of it and marriage too? I keep telling Ginni that see, this is how I am, and we work like crazy people when we do. But I also feel that marriage is also in God’s hands. We can keep planning but honi hoti toh sarkar ne 21 saal ki umar rakhi hai, toh tab tak ho chuki hoti.” (Don't Miss! Deepika Padukone And Ranveer Singh Are Spending An Unbelievable Amount For Security At Their Wedding) 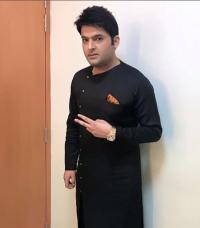 Speaking about Ginni’s relationship with Kapil’s mother, he shared, “Honestly, my family and she are more connected. I have stayed in Mumbai only and I go there only once a year on Diwali. So they have a stronger bond. They stay in Amritsar-Jalandhar so she’s extremely close to my mother. Actually, my mom knows more about Ginni than I do which is why my mom is forcing me to get married to her. She feels I’m mad and Ginni is perfect for me because she can handle that madness.” 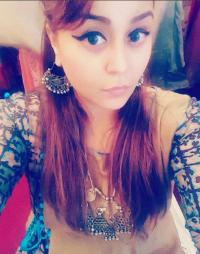 This year did not begin on a good note for Kapil due to his ugly brawl with his show’s producer, Preeti Simoes. But looks like life is back on track for Kapil Sharma and how! We wish him all the happiness and luck for his future endeavours.