Kanika Kapoor, who had shot to fame with 'Baby Doll' song, had returned from London a few days back and is tested positive for coronavirus. Kanika announced the news on Instagram. 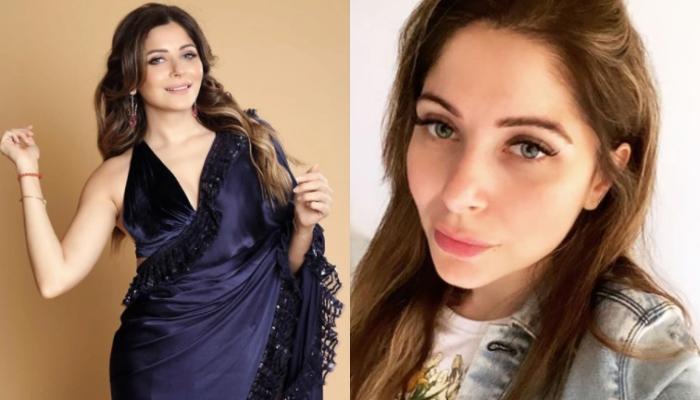 With the Corona Virus outbreak becoming the global pandemic, the countries are emphasizing on social isolation or self-quarantine to avoid the spread of the virus. While everyone is strictly following the quarantine, some of the Hollywood celebrities like Tom Hanks and Rita Wilson, Olga Kurylenko, Idris Elba, Kristofer Hivju, Rachel Matthews, Charlotte Lawrence, Mwana FA, Daniel Dae Kim had tested positive for coronavirus. From B-town, singer, Kanika Kapoor becomes the first one to be tested positive for the COVID-19. (Also Read: 'Sarvagun Sampanna' Actor, Tina Philip Postpones Her Wedding With Fiance, Nikhil Sharma Amidst COVID)

Kanika Kapoor, who had shot to fame with Baby Doll song, had returned from London a few days ago and had reportedly hosted a party post her return. After being tested for coronavirus, Kanika has been admitted to Lucknow's King George's Medical University (KGMU) hospital, where she is kept in an isolation ward. Announcing the same on Instagram, Kanika had written, “Hello everyone, For the past 4 days I have had signs of flu, I got myself tested and it came positive for Covid-19. My family and I are in complete quarantine now and following medical advice on how to move forward.”

Kanika Kapoor’s note could be further read as “Contact mapping of people I have been in touch with is underway as well. I was scanned at the airport as per normal procedure 10days ago when I came back home, the symptoms have developed only 4 days ago. At this stage, I would like to urge you all to practice self-isolation and get tested if you have the signs. I am feeling ok, like a normal flu and a mild fever, however we need to be sensible citizens at this time and think of all around us. We can get through this without panic only if we listen to the experts and our local, state and central government directives. Wishing everyone good health. Jai Hind! Take care, KK.” (Also Read: Ranveer Singh Shares A Childhood Picture With Sister, Ritika Bhavnani During Self-Quarantine Phase) 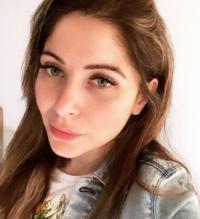 To give a brief on Kanika Kapoor’s personal life, she was married to a businessman, Raj Chandok at the age of 18 and post her wedding, she had moved to London. Becoming a proud mother of three kids, Kanika and Raj had parted ways in 2012 and the former relocated to Mumbai to make her career in singing. In an interview with the Hindustan Times, Kanika had revealed that she wasn’t allowed to sing post-marriage. She had said, “In the mid-90s, I came to this city with my dad, and signed a three-year contract with a music label. But when nothing worked out, I went back to London. It was quite a struggle in Mumbai. My mother was also scared. She had heard that Bollywood wasn’t a good place to work in. She didn’t want me to be a part of the industry. At that time, I was thinking of acting too. But my mother was happy that I got married instead. Then, as I settled down, and started a family, they didn’t allow me to sing anymore.” 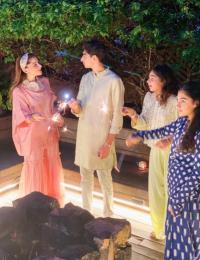 When asked how did she put up a fight against the troubled marriage she had, Kanika Kapoor had stated, “I didn’t fight. I just moved away. I’m not confrontational. If something isn’t going right, I ignore it and concentrate on the positives. That is what I did even when I was going through hell. It was difficult. But, today, when I see other people going through so much, I feel my life is much easier. Going through a bad marriage was difficult, but most women are in bad marriages. They just don’t talk about it, and they can’t get out of it.” When asked how difficult it is to be a single mother in a country like ours, Kanika had continued, “It is very bad. A few weeks back, a prominent newspaper wrote some rubbish about me without naming me. I feel we live in a country of hypocrites who just can’t see a single girl working hard. But I like to live by my morals, and my thoughts are old school.” 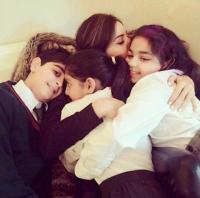 Revealing how she had met her ex-husband, Raj, in a throwback interview with The Times Of India, Kanika Kapoor had shared, “I am a Khatri, who was born and brought up in Lucknow. We were pretty well off and had a big traditional joint business family. I fell in love with my Punjabi ex-husband Raj Chandok, who was my London cousin's best friend. I met Raj at my cousin’s wedding at Khajuraho. I got married to Raj and moved to London when I was only 18. I was a normal papad achaar housewife, had three kids and was happy playing a mother to them, till we separated about five years ago and finally divorced three years back. Raj and his family are a family of doctors. They own a chain of nursing homes and have a property company past 35 years and are very wealthy. I travelled the world and saw a good life with him. But decided to move on, as he was with someone else. Now we have come to terms with our divorce and are back to being friends. He is the father of my children and is now supportive of everything I do.” (Also Read: Kareena Kapoor Khan Catches-Up With Malaika And Amrita Arora On Video Call Ongoing COVID-19 Lockdown) 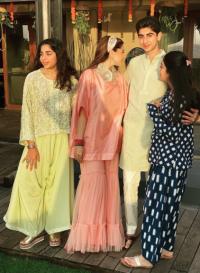