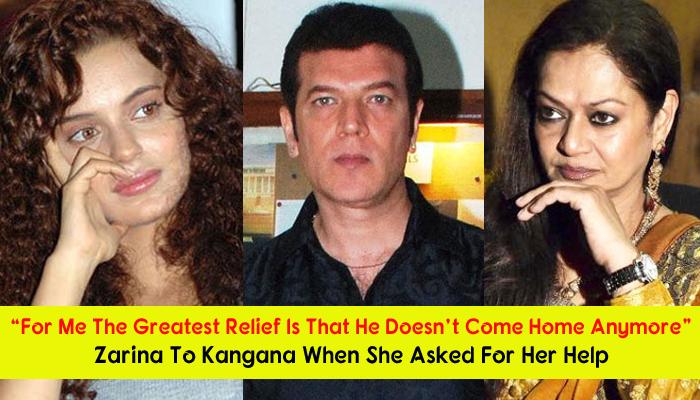 Kangana has always been an outspoken girl, who has urged women to go out and fight for themselves. She is not only a great actress, but also a proud feminist. She has never kept any secrets regarding her relationships so far.

From dating Aditya Pancholi to Adhyayan Suman to having an affair with superstar Hrithik Roshan, she has shared everything about ‘the men in her life’ with her audience.

Recommended Read: Aftab Secretly Remarries Wife After A Simple Marriage 3 Yrs Back, But This Time In A Lavish Style

We all know about the whole controversy involving Kangana and Hrithik where they fought a legal battle against each other. In fact, Kangana recently demanded an apology from Hrithik and his father Rakesh Roshan for mentally traumatising her.

Amidst all this, she revealed something else about another man that caused her a lot of mental and physical trauma. Yes, she talked about her ex-lover, Aditya Pancholi and made some shocking revelations. Take a look at what all she said!

Kangana and Aditya Pancholi had a scandalous affair, years ago when she was new in Bollywood, and in one of the interviews, Aditya revealed the truth about their affair. He said:

“We were as good as husband and wife. I was actually building a house for both of us on Yari Road. We lived together for three years at a friends` place. I used to show her a lot of movies. I was building a home for the two of us. Even the phone she was using was mine.”

Also Read: 40 Ethereal And Majestic Mughal Mehendi Designs That Every Bride Can Flaunt

In many of her previous interviews, Kangana has talked about how this ex of hers used to beat her up and harass her, but she never took a name (though everyone guessed it). But this time, in one of her interviews, she confirmed that the man she used to talk about was Aditya Pancholi. Talking about her relationship with Pancholi, Kangana had once said:

"It was a very difficult and very harsh time. I was physically abused. I don’t have to go to details. I felt trapped. You feel people might help you. But there are no free lunches. But when you are going you fall for it. This man who was my father’s age hit me hard on my head when I was 17. I started bleeding. I took out my sandal and hit him head hard and he started to bleed too. I lodged an FIR against the man."

This time, after confirming his name in the media, Kangana further added:

“He was my mentor turned tormentor.”

She shared that she also tried talking to his wife, Zarina for some help and what she revealed was shocking. Kangana said:

“I’m a year younger than his daughter. I was a minor. For me, this was all very new – the world that I had come into. I remember going to his wife and meeting her, and I’m like ‘Please save me! I’m younger than your daughter. I’m a minor and I can’t tell my parents.’”

Zarina refused to help Kangana and this is what she said to the Queen actress:

“For me the greatest relief is that he doesn’t come home anymore.”

Shocking, isn’t this? Kangana then added:

“So then, I was like who is going to help me now? If I go to the cops, my parents are going to take me back and I didn’t know which is worse, because then there’s no way out.” 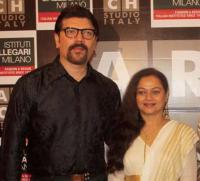 Eventually, Kangana and Aditya broke up after she filed a complaint against him for physically abusing her. Aditya accused her of cheating on her with Adhyayan and went back to his wife, Zarina who readily accepted her pati parmeshwar! He once said:

“Zarina has been my support and strength. In spite of all the pain that I`ve caused her she says she wants to be my wife for seven more lives. All Kangana had to do was tell me she was seeing this boy."

Recommended Read: Ridhi Dogra's Birthday Message For Her Beau Raqesh Bapat Is Too Sweet To Miss

Well, Aditya and Kangana’s chapter is history now and both have moved on in their lives. Kangana is happily single now, setting an example for many women out there to fight for what is right! More power to you, Kangana! Kangana has always been a favourite of the Bollywood controversies. Either with her string of affairs during her struggling period or her bold and candid statements, she makes the headlines. Recently, while promoting Simran on different television platforms, the actress spelled out some secrets about her relationships with Aditya Pancholi,