Jaya Bachchan vented her anger at Kangana Ranaut and Ravi Kishan's derogatory comments on Bollywood and called the whole act shameful. Scroll down to know what Kangana has to say in response! 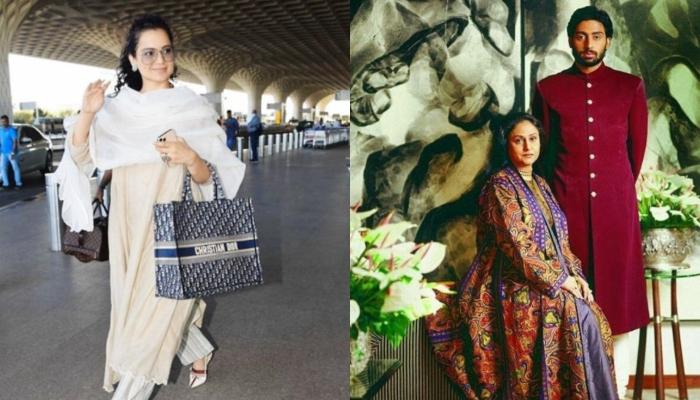 Kangana Ranaut's snarky comments about Bollywood, nepotism, movie mafia and politics have been provoking a lot of people these days. The lastest celebrity to have engaged in a war of words with Kangana is Jaya Bachchan. Veteran Bollywood actress, Jaya Bachhan, who is also a member of Parliament, recently invoked a Zero Hour notice to raise her voice against the mud-slinging that Bollywood has been facing these days. Her reaction has come after Bollywood actress, Kangana Ranaut's 'gutter' remark for Bollywood, which had displeased a larger section of the entertainment industry. Not only this, but actor, Ravi Kishan, who is also a member of Parliament had also commented on Bollywood, which, in Jaya Bachcahn's point of view, had tarnished the entertainment industry's image. (Recommended Read: Mahhi Vij Shares Her Little Doll, Tara Jay Bhanushali's Lazy, Lovely Morning With Her 'Nanu' [Video])

Jaya Bachchan had expressed her concerns on negative comments made by some people on Bollywood. On 14 September, 2020, Jaya Bachchan had vented her discontent and anger at Kangana Ranaut and Ravi Kishan's derogatory comments on Bollywood, and had called the whole act shameful. Scroll down to know what Kangana has to say in response!

Kangana Ranaut took a dig at Jaya Bachchan's statement and asked her that would she hold the same opinions if it was her son, Abhishek Bachchan, who was found hanging? Her tweet can be read as "Jaya ji would you say the same thing if in my place it was your daughter Shweta beaten, drugged and molested as a teenage, would you say the same thing if Abhieshek complained about bullying and harassment constantly and found hanging one day? Show compassion for us also."

Talking about Jaya Bachchan's statement, she had said, "People in the entertainment industry are being flogged by social media. People who made their names in the industry have called it a gutter. I completely disagree. I hope that the government tells such people not to use this kind of language. Just because there are some people, you can't tarnish the image of the entire industry. I am ashamed that yesterday one of our members in Lok Sabha, who is from the film industry, spoke against it. It is a shame." Earlier, in a conversation with ETimes, Kangana Ranaut's father, Amardeep Ranaut talked about his daughter's sheer will and said, "She does not spare even her Papa. To make me understand the meaning of her struggle, she shared the private family conversation with public on social media. After seeing the response of the nation, I now understand what this battle is about." (Also Read: Smriti Khanna's Little Doll, Anayka's Cuteness Knows No Bounds As She Grabs Their Pooch, Lucas) 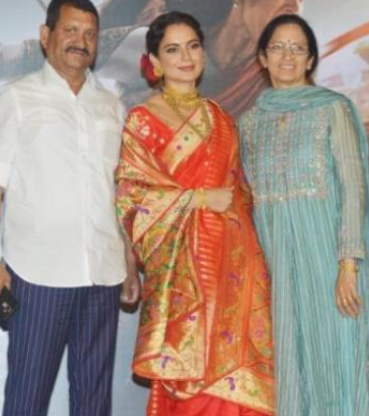 Kangana's father, Amardeep Ranaut had further spoken about how the entire nation supports her and had said, "I as a parent, like all other parents, was worried about her welfare and safety. No matter how big or great a child turns out to be, a parent is always concerned and protective of his or her child. But now I am not fretting about it. I understand why her battles are important to her. She is doing the right thing; she is fighting for all the self-made women and for the empowerment of women. That is why the entire country is behind her." For the unversed, after Kangana Ranaut had made some sensitive comments regarding the political scenario of Mumbai, she was threatened with life. In response to which, she had demanded security from the Central Government, citing threat to her life. And the government had given her Y+ security to ensure her safety during her Mumbai visit. This had made Kangana Ranaut the only actor with the Y+ security. Kangana's mother, Asha Ranaut had thanked the government for providing security to her daughter. (Don't Miss: Athiya Shetty Pumping Iron With Her Daddy, Suniel Shetty Gives Us Major Fitness Goals [Photo Inside]) What are your thoughts about Kangana Ranaut's response to Jaya Bachchan's statement? Share with us!