Bollywood actress, Kangana Ranaut, is celebrating her 34th birthday today and is super-delighted as she won the National Film Award for Best Actress and released her upcoming film, 'Thalaivi' trailer.

Bollywood actress, Kangana Ranaut is celebrating her 34th birthday today and has already received the best birthday gift from the Directorate of Film Festivals as they awarded her with the National Film Award for Best Actress for her performances in films, Panga and Manikarnika: The Queen of Jhansi. The actress was left super-delighted after receiving the fantastic news on her birthday eve. After which, Kangana dropped a video on her Instagram handle to thank all her fans, cast and crew members of both the films, the Indian government, family, and close ones for always believing in her. (Recommended Read: Shilpa Shetty Reveals Dating Raj Kundra During 'Life In A Metro' Shoot And Why 'In Dino' Is Special)

The actress also shared the glimpses of presents and cakes she received from her crew members and thanked them for helping her in achieving this award and making these films successful. In her long video, Kangana Ranaut also revealed hat she's super excited to release the first trailer of her upcoming film, Thalaivi, based on the extraordinary life of J. Jayalalithaa. The actress shared a poster of the film and wrote, "The Iron lady of India who devoted her whole life towards the betterment of her own people. She started as an actress who the masses loved and went on to become a leader who the masses looked up to. #ThalaiviTrailer out today at 11:30." 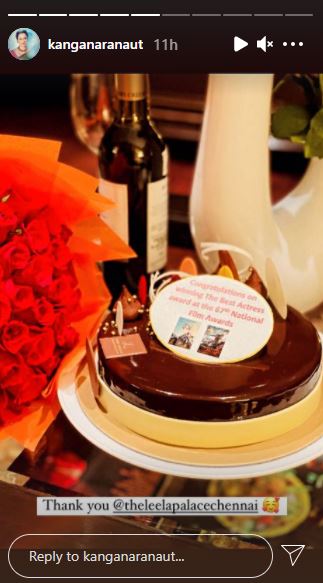 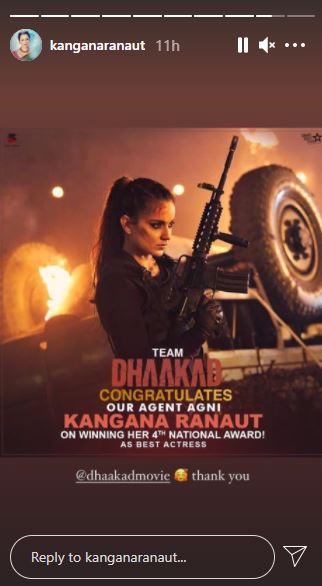 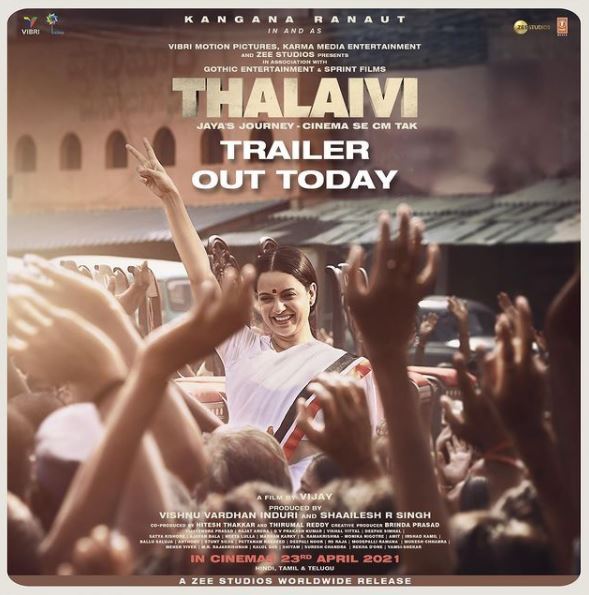 On March 23, 2021, Kangana Ranaut's sister, Rangoli Chandel took to her Instagram handle and wished her sister on her birthday with a series of beautiful pictures and a heartfelt note. In her heartfelt note she called Kangana her heartbeat and her emotional note can be read as "When the sun shines hot and wind blows cold our spring baby came down to earth, she is bit like spring , & wild as wind but her love and care is so deep and exceptional that am feeling so emotional just thinking about that .... you are our heartbeat & lifeline Have a wonderful day my dear sister Happiest Happiest birthday." The doting sister, Kangana also dropped a cute reply on her post and it can be read as "Thank you Rangs" followed by a flower emoticon. Take a look: 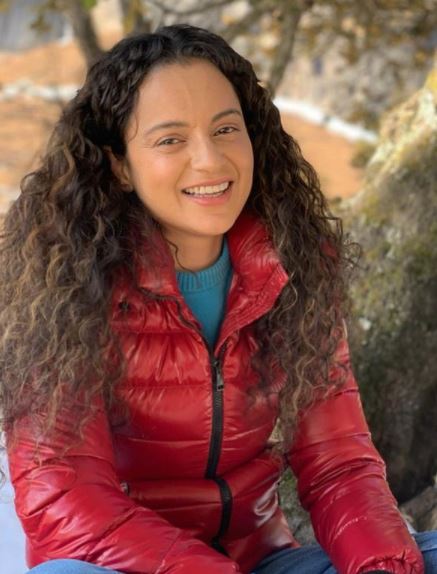 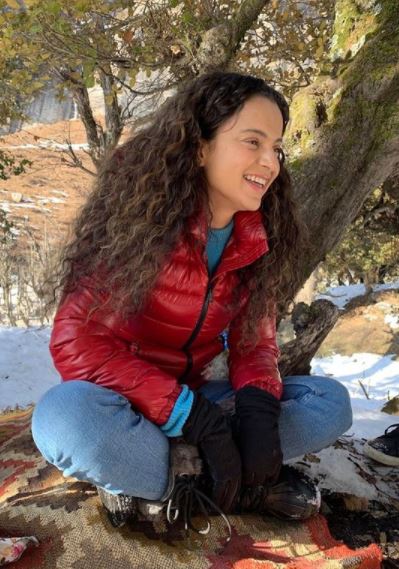 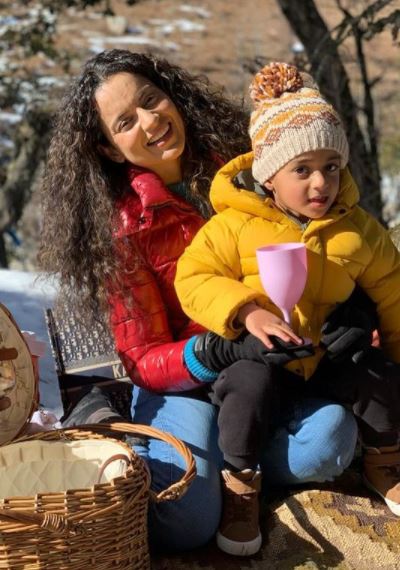 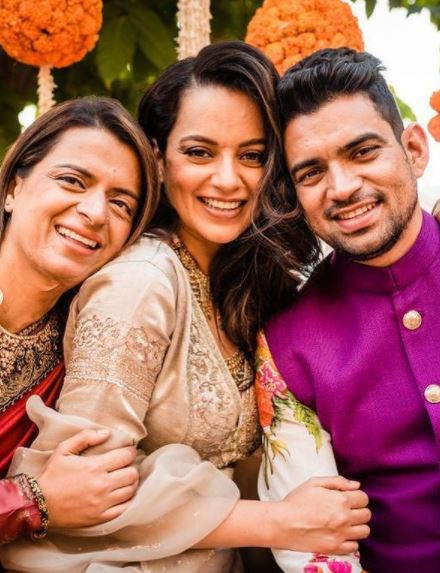 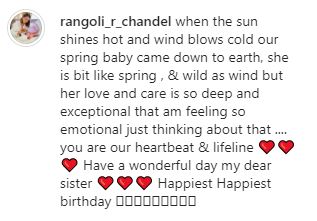 After a few hours, Kangana Ranaut took to her Twitter handle and shared a long note about herself on her 34th birthday in a series of tweets. From talking about her career choices to pouring it all about her sexuality, the actress dropped a powerful note that speaks everything about her personality. Kangana started her note by saying, "They said a woman has a shelf life, this world only values young sweet 16 type girls with no brains, mature and wise woman can only belong to a household to a man who can give them a surname. They said many things it made me anxious, what will happen to me, where will I go." 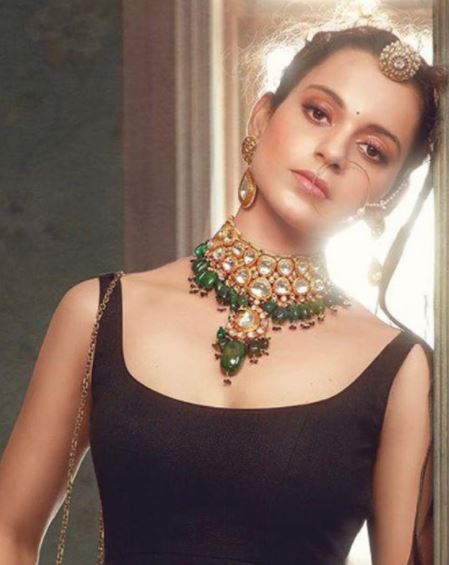 The actress added in her note that no one had ever told her that she would be picking up so many prestigious awards and would be at the peak of her acting career at the age of 34. She added, "Today I turned 34, they never told me, I will be at the peak of my career at 34, I will be celebrated for my art, and my experience will be valued and my age or marital status would mean nothing to anyone, I feel like a superhuman loaded with exceptional experience about skills." Kangana also talked about feeling confident in her body. She stated, "I find certain ease with my body does not matter if I am too fat/too skinny, I like being sensual and feel at ease with my sexuality, I don't get flustered with pimples or periods, and no one has the power to make me feel bad about myself, they never told me." (Don't Miss: Trishala Dutt's Reaction To Her Father, Sanjay Dutt's New Haircut Is Every Daughter Ever)

The actress concluded her note by thanking her mother for bringing her into this world and stated that she would continue to discover herself. She concluded, "Fine lines and beginning of grey hair would look so soothing, it will enhance my character and strength will become my beauty. So let me tell all you girls out there. It's beautiful at 34 world looks super gorgeous from this view. Thanks to my mother, who gave me birth." (Also Read: Amitabh Bachchan Shares A Twinning Picture With His Son, Abhishek Bachchan, Shares How He Leads Him)