Amitabh Bachchan shared a twinning picture with his son, Abhishek Bachchan and narrated how they became friends!

If you look at Abhishek Bachchan, you can see the reflection of Amitabh Bachchan instantly. His personality, height, looks, voice and everything about him would make you believe that he is an exact replica of his papa, Amitabh Bachchan. Big B and Junior B not only share the genes, but the father-son duo also shares a friendly bond. We have seen Big B talk a million times about how they borrow clothes and shoes from each other and how they have become friends over the years.

Big B has often talked about how Abhishek has started borrowing his shoes, basically has started the path that his daddy follows and often we have seen him talk about ‘When he not just wears your shoes’ in regards to Abhishek. An example of the same, we had witnessed on April 7, 2019, when Amitabh Bachchan had shared a candid picture with Abhishek from the sets of his Tamil film, Uyarndha Manithan. Along with the picture, he had written how his son is his 'dearest friend'. His note could be read as "When he not just wears your shoes, but also shares the same number of chairs to sit on... then he is not just a Son, but your dearest friend!" 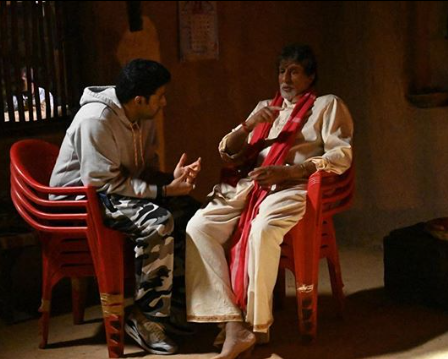 Now, Big B has shared another picture with his son, Abhishek Bachchan on his IG handle with a similar thought explaining how the two have turned friends. On his IG handle, he posted a twinning in bandhgala sherwani photo with his son, Abhishek, and the two certainly looked like each other’s reflection. While Abhishek wore a plain off-white sherwani with intricate detailing on the neck and sleeves, Big B can be seen wearing a white sherwani with patterns drawn in a shade of brown. Sharing the picture, Big B wrote, “When your Son starts wearing your shoes.. and tells you which path to take.. he is no longer your Son.. he becomes your friend.. All the best buddy.. remember.. WHTCTW.” 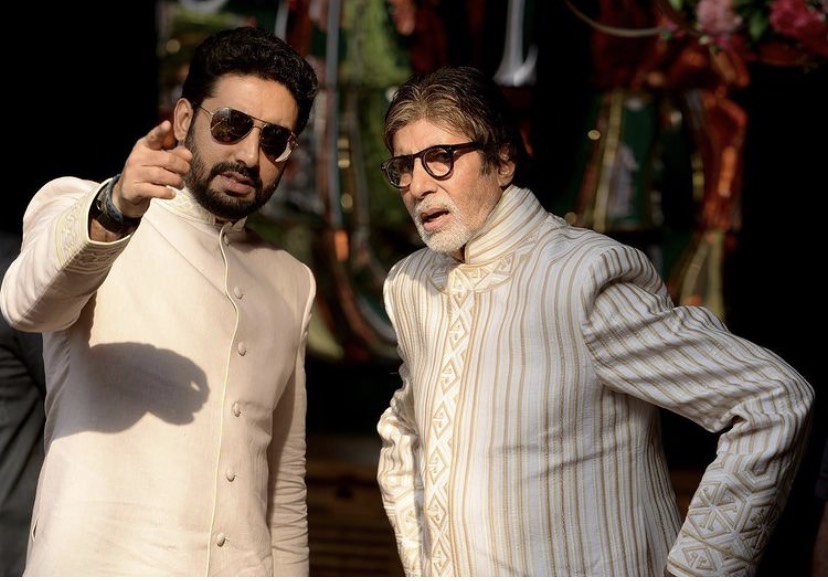 On Abhishek Bachchan's 45th birthday, Big B had taken to his IG handle and had posted a collage. On the left side, in the collage, was a picture from Abhishek's childhood, wherein he could be seen holding the hands of his father and walking. On the right side was a recent picture in which, Big B could be seen holding the hands of his son, Abhishek and walking. Sharing the collage, Amit ji had penned a heartfelt note, which could be read as "I lead him once .. holding his hand .. he leads me now holding my hand." 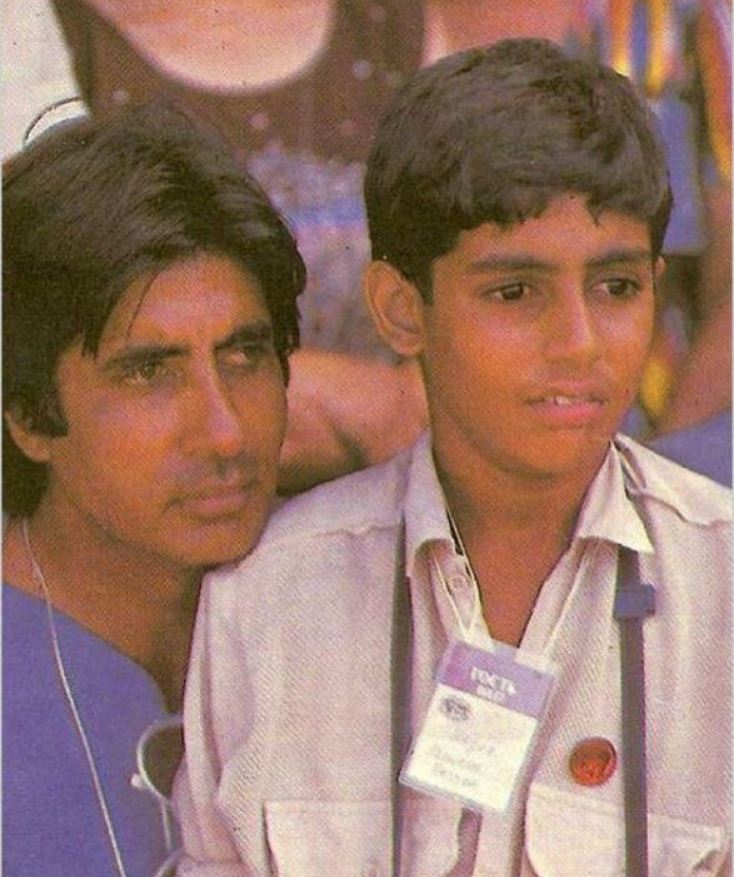 Abhishek Bachchan owns a Kabaddi team named, Jaipur Pink Panthers. Once, in a press conference, Abhishek had revealed how his team’s name has a personal connect with his father, Amitabh Bachchan. Narrating the personal connection with the family, Junior B had revealed the nicknames the father-son duo have for each other as he had recalled a childhood incidence. Abhishek had said, “Whatever work I do in life, I feel it should have a personal connect. When I was little, my father used to call me out saying ‘Tiger’ then after a few years I thought even I should call him something as an answer. One day when he came back home from shooting, he asked me ‘How are you tiger? I replied,’ I am fine Panther. How are you?’ and I was 4-5 years old then. Since then it became like a fun thing, he used to call me Tiger, I used to call him Panther. If there was an animal that we wanted to choose, I was sure that it was Panther because that is how I used to call my father.” 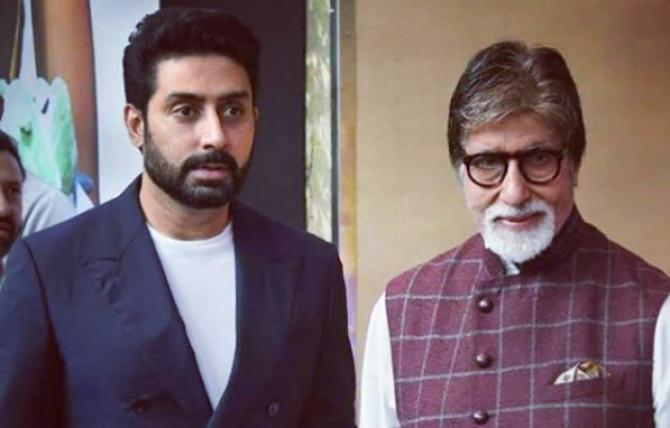 Do you also think that Abhishek Bachchan is a mirror image of his father, Amitabh Bachchan?