Kangana Ranaut has reacted on the mayor of Mumbai, Kishori Pednekar's demeaning remarks on her. Scroll down to know more!

Kangna Ranaut's feud with the BMC is not unknown to anyone. After getting fumigated with Kangana's controversial statements, the BMC had ordered the demolition of Kangana's office building in Mumbai, which was widely criticised. Bombay High Court had deemed the demolition illegal and had asked the BMC to pay damages to Kangana. The elated actress had announced the same on her IG handle through a video, in which she was seen expressing her happiness over 'justice being served'. (Recommended Read: Neha Kakkar's Husband, Rohanpreet Singh And Her Brother, Tony Kakkar Fights Over Her In A Cute Video)

Posting the video, Kangana had written, "When individual stands against the government and wins, it's not the victory of the individual but it's the victory of the democracy. Thank you everyone who gave me courage and thanks to those who laughed at my broken dreams. It's only cause you play a villain so I can be a HERO." Check it out below!

After Bombay High Court's ruling in Kangana's favour over BMC, the mayor of Mumbai, Kishori Pednekar made some demeaning remarks on the actress, calling her '2 takke ke log' in a press conference. Pednekar was referring to Kangana's POK remarks against Mumbai earlier which had allegedly infuriated the BMC. Now, Kangana has reacted to the same. She wrote in a tweet, "The amount of legal cases, abuses, insults, name calling I faced from Maharashtra government in these few months make Bollywood mafia and people like Aaditya Pancholi and Hrithik Roshan seem like kind souls .... I wonder what is it about me that rattle people so much."

This is not the first time when Kangana has referred to one of her exes while making a statement. Reacting to the alleged love affair between actress, Sara Ali Khan and late actor, Sushant Singh Rajput, Kangana had written, "I believe Sara must’ve loved him he wasn’t a fool to fall for a girl whose affection isn’t genuine but she must have been under pressure,what I shared with Hrithik was genuine at that point I still have no doubts about it why suddenly he became so hostile is still a mystery to me.” (Also Read: Hema Malini Reveals Fourth-Time-'Nanu', Dharmendra's Reaction On Having Twin Granddaughters)

For the unversed, Kangana had stirred B-Town when she had spilt the beans on her equation with her 'the so-called' ex, Hrithik Roshan. From blaming him to not accepting their relationship in public, despite being together, to sharing the list of explicit emails he had sent her during that period, a furious Kangana had blazed all the guns on him for once. Accusing Hrithik of being indecisive and opportunistic, she had said, "He told me that he would never accept me publicly and the way things were in his family, he would never leave his wife. So, I told him to leave me but he didn’t want to do that either. This was the reason I didn’t want to do Krrish 3 because when you are not ready to marry me, then I don’t want anything with you. But he persuaded me for four months to sign Krrish 3. He never thought Sussanne would leave him. So, when she left him, I think he got disturbed. We used to talk then and one day, he told me, ‘I think I can see us together in the future. My divorce will finalise in October-November and after that, I will somehow make our relationship public."

Not only Kangana, but her exes also talk about her occasionally in talks shows and interviews. In an interview with India TV, Bollywood actor, Adhyayan Suman had talked about his ex-girlfriend and actress, Kangana Ranaut's ongoing battle for justice in late actor, Sushant Singh Rajput's death case. The actor had stated that Kangana is already a huge actress and doesn't need any publicity for her career. He had stated, "In the last 12 years, I have not followed Kangana. She is a popular and successful actor. If she has decided to come out in public and air her grievances, I am sure there is a reason for it. She does not need any publicity, I am guessing. There must be some anger or something that she has to say, which is why she is speaking up. That is completely her opinion, and I respect it." (Don't Miss: 'Bekhayali' Singer-Duo, Sachet Tandon And Parampara Thakur Are Engaged, Twin In The Shades Of Pink)

What do you think about Kangana Ranaut's statement? 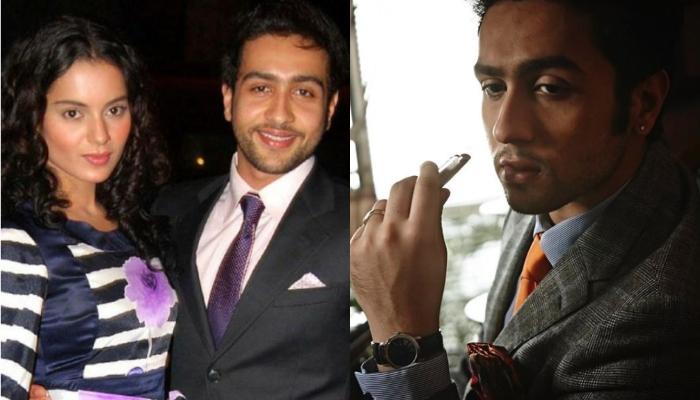 Ever since a drug angle has emerged in Sushant Singh Rajput's death probe, an altogether new and a rather grave debate has started, led by actress, Kangana Ranaut. Kangana has been vocal about what she believes in since the beginning. She had also openly spoken up about Bollywood's alleged drug nexus.