Kamya Punjabi has been through a lot of troubles in her personal life. Recently, in one of her Instagram posts, she shares the story behind the scars on her body and how they have made her brave.

Getting married is a blissful feeling and especially when you get married to the love of your life. But things start taking a U-turn and everything starts to fall apart when troubles start in the happy paradise. Same has happened with Shakti – Astitva Ke Ehsaas Ki star, Kamya Punjabi. Her personal life has not been a bed full of roses and was always full of heartbreaks and troubles. Post her failed marriage with her husband, Bunty Negi, her name was linked with many television actors like Karan Patel and Manveer Gurjar.

It seems that Kamya has finally found love and is all set to take her relationship to the next level. She is dating Delhi-based, Shalabh Dang, who works in the healthcare industry and the duo is all set to enter the marital bliss in 2020. Kamya and Shalabh's social media pictures and their mushy captions speak volumes about their love for each other. Shalabh also shares a lovely bond with Kamya’s daughter, Aara. Kamya was in an abusive marriage before and recently, she opened up about the same by sharing a picture of her scars on her Instagram handle. (Recommended Read: Kapil Sharma Hosts Wife Ginni Chatrath's Baby Shower, Mom-To-Be Radiates Pregnancy Glow In Pink Gown) 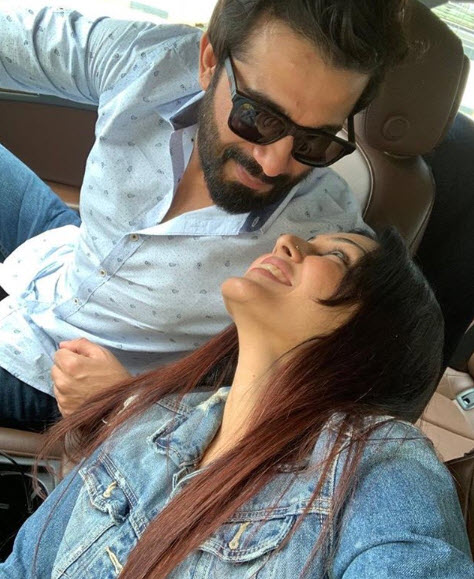 On October 13, 2019, Kamya Punjabi took to her Instagram handle and what caught our attention was her caption in which she indirectly talked about her first marriage and the physical abuse she went through. Posting a solo picture of herself, flaunting her scares, she worded the post, “My body is my canvas ,each mark tells a story and reminds me how I’m braver than what caused it, each dot which at some point I may have tried to hide as a silly conscious younger self and the ever-changing pounds on me depending on my love for my baby and my love for food ! I’m proud of and own my canvas and can’t wait to fill it with the brushes of my desires in the years to come...!!!” Kamya’s boyfriend, Shalabh praised his ladylove and commented, “Proud of you my love.” 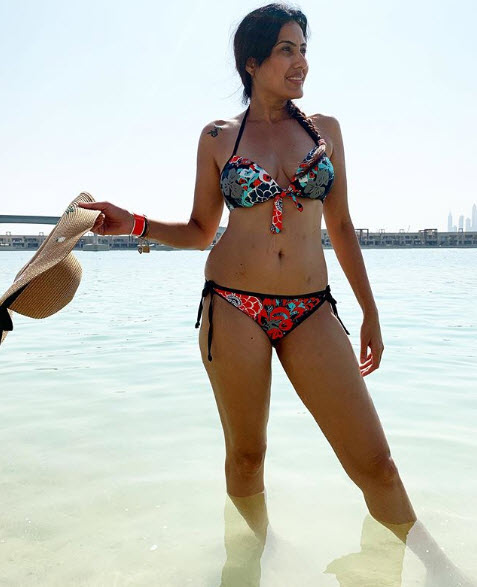 Kamya is holidaying with her love, Shalabh and has been sharing mushy pictures from their vacation on her social media handle. Today, October 14, 2019, she took to her Instagram handle and shared a picture with Shalabh, in the picture, the two can be seen lost in love for each other. Kamya captioned the lovey-dovey image as “Love teaches you, love changes you, love makes you do things you never thought u cud do... it can bring out the best in you... Love is You @shalabhdang.” Kamya Punjabi's personal life has always been in the limelight for all the wrong reasons. She was earlier married to a businessman, Bunty Negi but within two years of marital bliss, the two had decided to call it quits. They had even filed for divorce in 2006, however, they had later decided to withdraw the divorce proceedings and had given their marriage a second chance. In 2006, Kamya and Bunty were blessed with a baby girl, Aara. But things didn’t work out between them, and in 2013, Bunty and Kamya had finally gotten separated due to compatibility issues which were irrevocable. 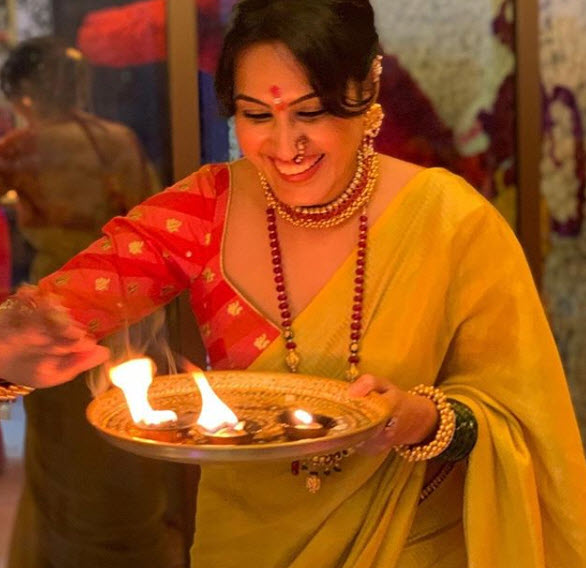 Now, Kamya has finally found her perfect match after various linkups and marriage rumours. In an interview with the Bombay Times, Kamya had shared how she met Shalabh and her marriage plans and had said, “I will be a married woman by this time next year (laughs!). I contacted Shalabh in February after a friend told me to consult him about some health woes that I was facing. We got chatting and in a-month-and-a-half, he proposed marriage.” 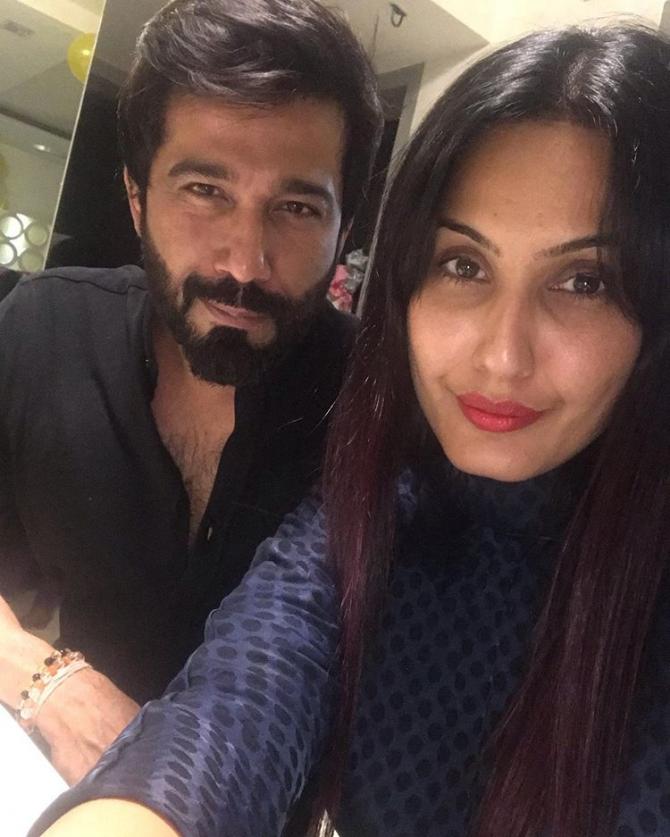 Post her abusive and failed marriage with Bunty Negi, Kamya Punjabi had decided not to tie the knot again. But Shalabh’s love has made her change her perspective towards the institution of marriage and love. Talking on the same, Kamya had said, “Tying the knot again was a huge deal for me and hence, I took my time to think about it. Following a failed marriage and a few heartbreaks, I had almost turned averse to the idea of tying the knot and falling in love. In fact, there came a point when main shaadi ke khilaaf ho gayi thi. But Shalabh has made me believe in love and the institution of marriage again. I am like a 16-year-old girl now, madly in love with him.” (Suggested Read: Mohena Kumari Singh And Suyesh Rawat Looked Like A Match Made In Heaven At Their Sangeet Ceremony) 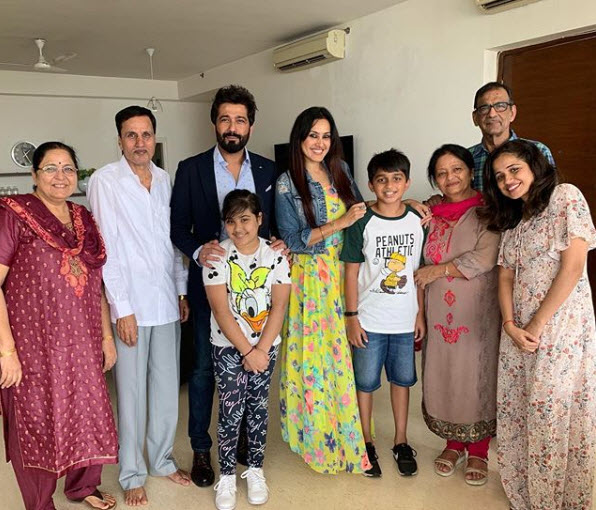 Shalabh Dang shares a lovely bond with Kamya Punjabi’s daughter Aara and Kamya is fond of Shalabh’s son, Ishaan from his first marriage. Four of them share a strong bond and elaborating on the same, Kamya had said, “I reach out to Shalabh when Aara gets stubborn because she listens to him. It’s such a relief to see them bond so well. I am also extremely fond of Ishaan and we get along like a house on fire.” The happy couple is vacationing in Dubai to celebrate Aara and Ishaan’s birthdays (October 6 and 9, respectively). 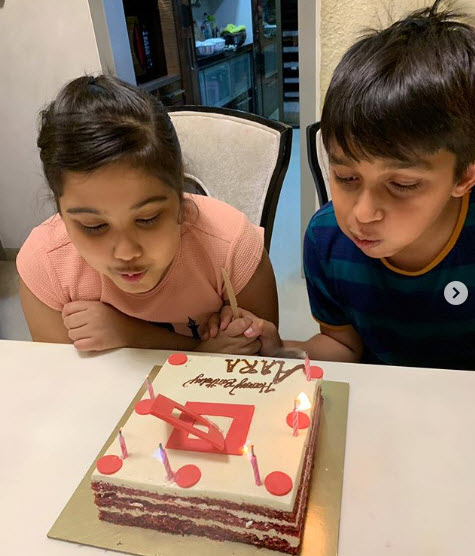 On Kamya’s birthday (August 13, 2019), her love, Shalabh had taken to his Instagram handle and had shared a picture from the celebration and had captioned it as “Special Birthday wishes for someone who has impacted my life positively. Love your giving attitude and daring nature. It’s your day and we all are here with you to celebrate and keep you happy!!!! Wishing you a very happy Birthday Kamya Have a fantabulous year ahead. May you get all you desire in life @panjabikamya.” 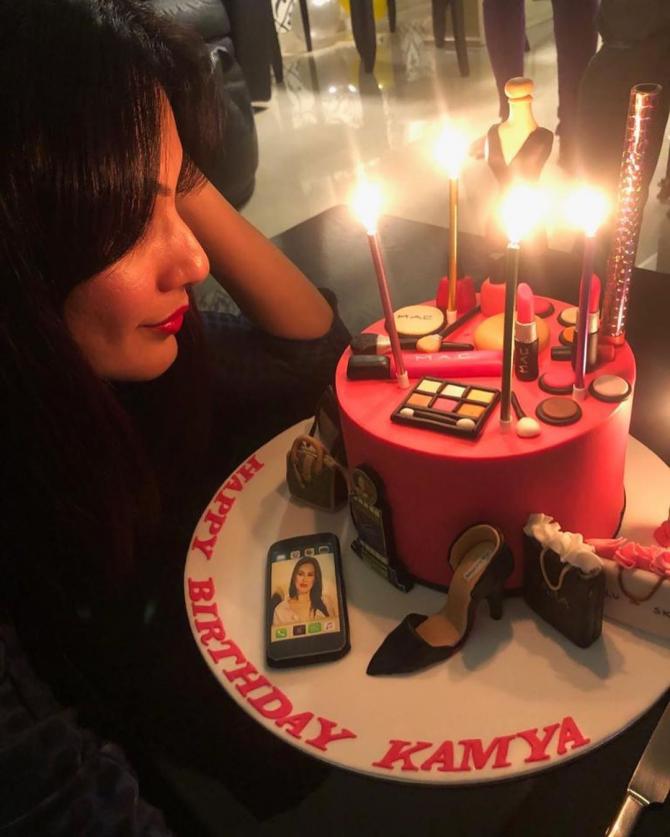 Kamya had once revealed what qualities of her does Shalabh appreciates the most and had revealed, “Some men find it difficult to handle strong women, but that’s what Shalabh loves about me — my devil-may-care attitude and the fact that I don’t fear to take a stand. I am short-tempered and he is extremely patient with me. He has a calming effect on me. Shalabh also understands my work and responsibility towards my family. I have been the man of the house for years. He supports me and loves me for what I am. I want to spend the rest of my life with him. He makes me feel emotionally secure and this is something I have never felt before.” (Also Read: First Look Of Mohena Kumari Singh From Her Sangeet Looking Gorgeous In Pastel And Floral Messy Braid) 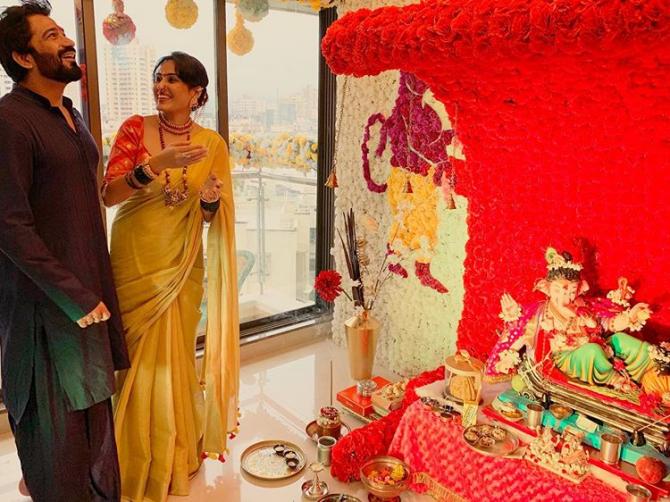 Kudos to Kamya Punjabi for sharing her personal story and we wish her all the love for her relationship with Shalabh Dang.