Love Love Love Love Karo... Love Se Na Tum Daro... Dil Lena Sikhlo... Pyaar Karo Pyaar Karo- this fun song from Ishq Vishk still lingers in our mind but little did we know that it will hold supreme relevance in our favourite celeb's love lives! And as true as it can get, after a series of linkup rumours and failed relationships, Kamya Panjabi has shown to the world that it is okay to fall in love as many times as you want. And that is exactly how she is all gearing up to upgrade herself from 'miss' to 'missus' next year! (Do Read: Samantha Akkineni Reveals That Husband, Naga Chaitanya's First Wife Always Comes In Between Them)

We saw some dreamy pictures of Kamya Panjabi from Ganesh Chaturthi celebrations at her house. But what was different this year, was the introduction of the love of her life, Shalabh Dang in it. Looking super-happy with him, Kamya had shared in an interview with the Bombay Times, “I will be a married woman by this time next year (laughs!). I contacted Shalabh in February after a friend told me to consult him about some health woes that I was facing. We got chatting and in a-month-and-a-half, he proposed marriage.” 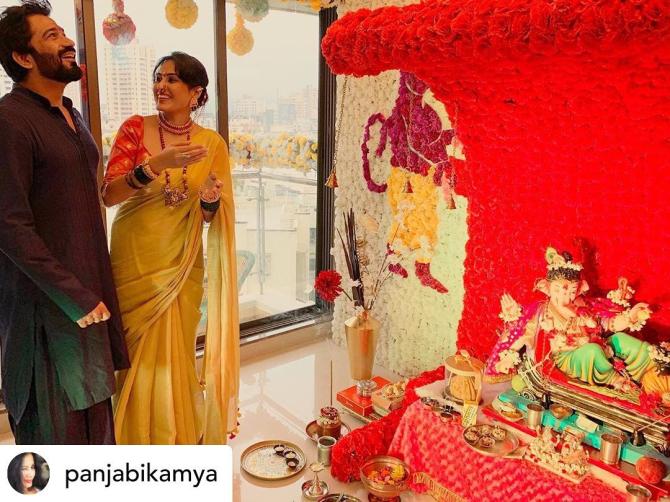 And as per a latest Instagram post of Kamya Panjabi, she posted a beautiful 'family picture' with the same caption, including her boyfriend, Shalabh Dang in it! As soon as she posted the pictures, tonnes of congratulatory messages from her industry peers and fans started pouring in. But the comment that had particularly caught our fancy was Kamya's once rumoured beau, Manveer Gurjar writing "Perfect. Congratulations", in it! 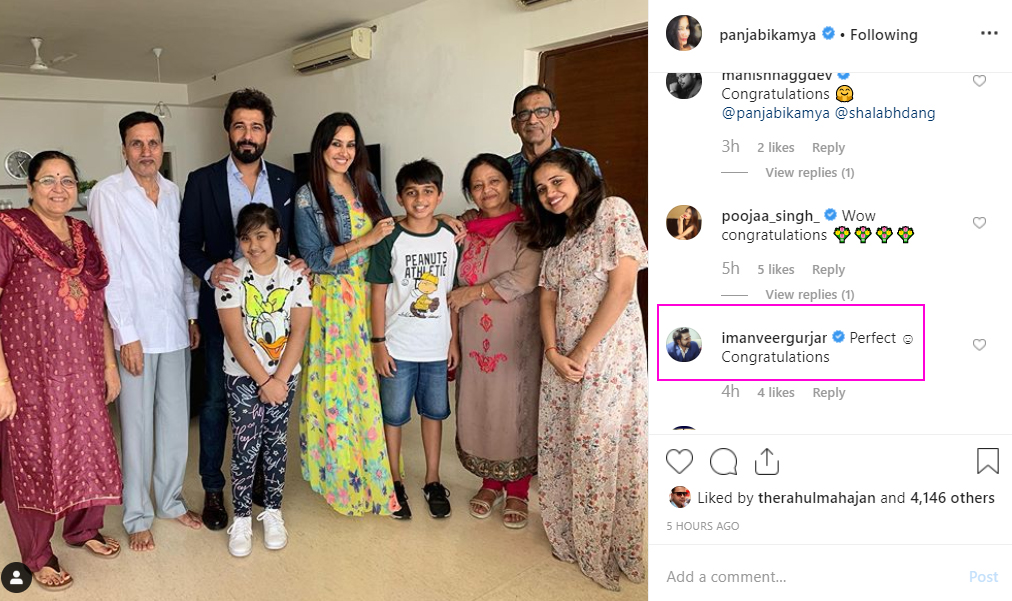 Once, Kamya Panjabi was asked about her alleged affair with Manveer Gurjar. She had then said, “We are great friends and nothing else. While he was in the house, I supported him and appealed to my fans to vote for him. We met after he won Bigg Boss and formed a great rapport. From the time I got nominated for Gold Award, he has been constantly appealing for votes and got so many of his friends to vote for me. Thus, when I won, I thought of thanking him. He is really sweet and very special to me." Coming back to Kamya Panjabi and Shalabh Dang, the former had shared in an interview, “Tying the knot again was a huge deal for me and hence, I took my time to think about it. Following a failed marriage and a few heartbreaks, I had almost turned averse to the idea of tying the knot and falling in love. In fact, there came a point when main shaadi ke khilaaf ho gayi thi. But Shalabh has made me believe in love and the institution of marriage again. I am like a 16-year-old girl now, madly in love with him.” For the uninitiated, Kamya Panjabi is blessed with a daughter from her first marriage and her beau, Shalabh Dang too, has a son, Ishaan from his ex-wife. Speaking about the same, Kamya had stated, “I reach out to Shalabh when Aara gets stubborn because she listens to him. It’s such a relief to see them bond so well. I am also extremely fond of Ishaan and we get along like a house on fire.” (Must Read: Tiger Shroff's Sister, Krishna Shroff Is All Set To Get Engaged To Her Boyfriend, Eban Hyams) In a recent interview with SpotboyE, Kamya Punjabi had opened up on her relationship. Sharing the reason why she took time to say 'yes' to Shalabh Dang, she had stated, "I was sure about Shalabh since the time he proposed to me but I wasn't sure if I wanted to take the responsibility of a marriage, kyunki main itni dari hui thi. So, I took some time but then finally said yes because I felt that if I am sure about him then this marriage will also be good and beautiful. And gradually, I accepted it and now I don't have any kind of hesitation. In fact, I am super excited to get married to him." 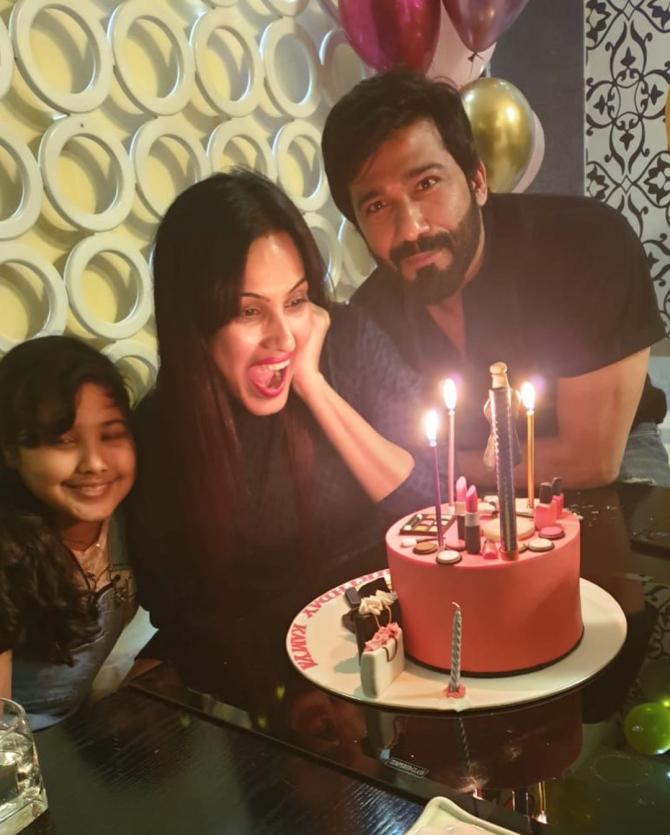 Kamya had also revealed how they will manage their work in different cities post-marriage, and stated, "This was also one of the reasons I was reluctant about marriage. I didn’t know how we will manage. I am an actor and have to spend 12 hours on sets. He is also well settled there and cannot leave his work. And obviously, I would not want a man to leave his work for me or anybody for that matter. And it was one of the things which was scaring me and big worry for me. But he made me understand that when you want to do something, solutions automatically come in front of you. So, we have decided that he will travel to Mumbai over weekends, as he belongs to the corporate sector and blessed to have weekends off (laughs)." Talking about the marriage, Kamya had shared, "It is more of an arranged marriage. He met my family and daughter. His friendly nature made all of them comfortable. Similarly, I also met with his family as it is his second marriage as well and they were also under a lot of pressure. So, I went to meet them and they were quite cool about it. They were a little surprised when he told them about me. But they didn't show any kind of reluctance towards it. In fact, they are broadminded people and behaved extremely sweet to me. I feel blessed that not just the man but his family is equally good." (Also Read: Raqesh Bapat Pours Beautiful Birthday Messages For Ex-Wife, Ridhi Dogra, Posts Two Adorable Pictures) 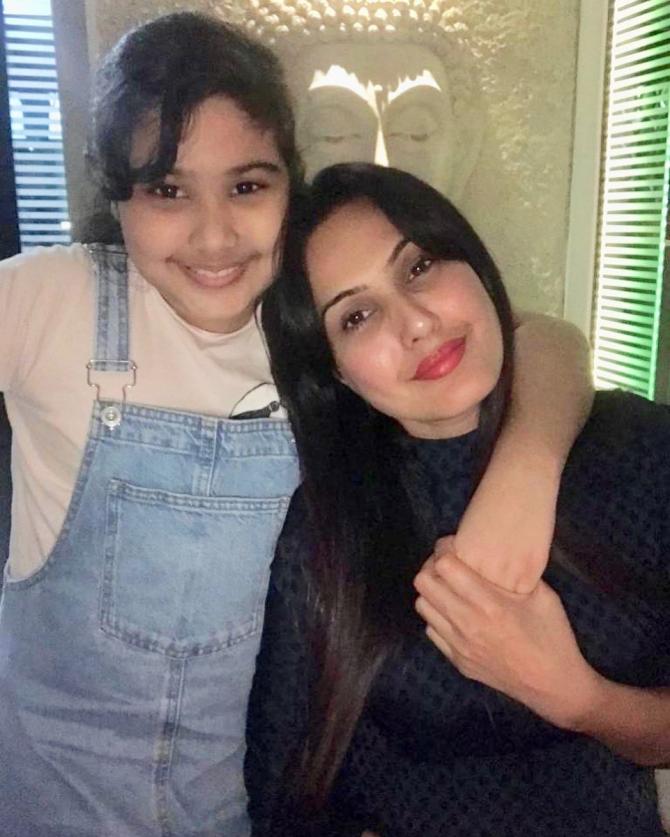 Tonnes of congratulations to Kamya and Shalabh!