Kalki Koechlin is expecting her first child in 2020 with boyfriend Guy Hershberg. The actress shares a picture on her Instagram handle along with an overtly cute caption. Kalki Koechlin is waiting for the moment when she will hold her baby for the first time. Kalki has always been open about her relationship status. The Dev D actress has up and again voiced her opinions on issues of national interest. Just like her strong and bold choices of films, she makes it a point to speak her mind by calling a spade, a spade. (Also Read: Kamya Punjabi And Beau Shalabh Dang Celebrate Daughter And Son's Birthday In Dubai)

On September 29, 2019, Kalki had announced the news of her pregnancy by sharing a picture with her boyfriend, Guy Hershberg. Kalki, who is pregnant out of wedlock is expecting her child in January 2020. Kalki was earlier married to director, Anurag Kashyap and the two had parted ways in 2015. Kalki had once revealed that her failed marriage with Anurag has given her a new perspective about life. The actress also claims that embracing pregnancy has given an altogether new meaning to her life.

On October 10, 2019, Kalki took to her Instagram handle and posted a picture of herself waiting in her vanity van where her baby bump was visible. The picture was posted along a cute caption which read as “Part of mummy prep during vanity van waits has been learning lullabies and folk songs from different parts of the world on my ukulele. If you know any beautiful (but not too complicated songs) in your mother tongue send me a youtube link here and I might try to 'pick' it up.”

In an interview with Miss Malini, Kalki had revealed, what was the first thing she did when she got to know about her pregnancy. She had said, “I went and immediately bought another pregnancy test, just to make sure. But it was a very happy reaction. I think the last few years have been a situation where, I know I have wanted children, but I was also not been in a… either the times wasn’t right or I wasn’t with the right person. Or whatever, there was something! So all those things seemed to have come in place this time. Even though it wasn’t planned as we were thinking maybe in a year or two. But I think that’s the best thing about it. Now we are just diving right into it without too much pre-planning.” (Also Read: Dalljiet Kaur's Son, Jaydon Misses Playing Stone, Paper, Scissor With Mommy [Video Inside])

In an interview with the Mumbai Mirror, Kalki had spoken her heart out on her pregnancy and marriage. When asked whether her partner, Guy Hershberg was happy when he got the news of her pregnancy, she had replied, “Oh yes, and he was jumping with joy.” She had further revealed how the long-distance relationship with Guy helped her evolve. Talking about the same, she had said, “It’s a process of gradual trust. Ironically, the distance helped us communicate a lot more since we don’t have the luxury of seeing each other every day. He has spent his life teaching children piano so, he’s going to be the disciplinarian, the more experienced parent I feel.”

Kalki Koechlin revealed her due date to be the end of January 2020 and sharing a cute message for her unborn child, she had remarked, “Hey kid! It’s gonna be taught but can’t be tougher than what you are going through right now in the womb because you know, forming and existing is probably one of the toughest jobs. And yeah, I got your back. Actually, you got mine right now so that’s why I am gonna get yours when you’re born.”

In the HT Brunch interview, Kalki Koechlin had shared how the experience of pregnancy has changed her. Kalki was quoted as saying, "I already feel the changes in the way I react to things. I am more deliberate, slower, more patient. When motherhood comes eventually, it brings with it a new consciousness to your sense of person. I still want to work but it is less about the rat race and more about nurturing oneself through one’s work. It becomes about infusing concentration and energy inward." Kalki had also revealed that she has already zeroed down a name for her baby, “I’ve chosen a name that works for either gender and that is representative of a gay person because I want my child to have that freedom of movement under the many umbrellas of gender that we have.” (Also Read: Rekha's Controversial Statements On Relationship With Amitabh Bachchan And Their Tragic Love Story)

We wish Kalki good health and all the best for her future endeavours. 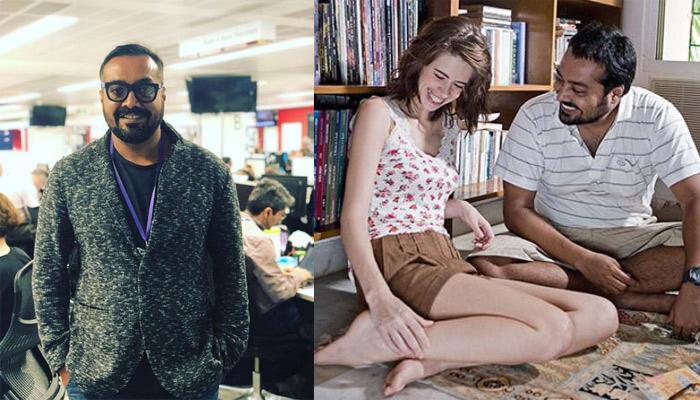