Bollywood actress, Kalki Koechlin is soon going to join the 'mama bear' club. Scroll down as she opens up on her boyfriend, Guy Hershberg, pregnancy and life! In a world full of gossipmongers, be someone who dares to speak her heart out. And Bollywood actress, Kalki Koechlin is one of those, who has been following her heart since the start of her acting journey. She has been on a professional rise with her experimental performances in different genres and speaking her heart out on sensitive issues. (Recommend Read: Shoaib Ibrahim Shares A Lovey-Dovey Picture With The Love Of His Life, Dipika Kakar)

Kalki's failed marriage with ace director, Anurag Kashyap has given her a new perspective in life. Currently, the actress is in a happy phase of her life as she is in love with a classical pianist, Guy Hershberg from Jerusalem, Israel. The two have been dating each other for five years and Guy just moved to India to spend some more time with his muse, Kalki. 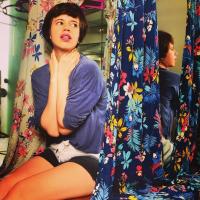 Recently, in an interview with the HT Brunch, Kalki revealed that she is five-months pregnant with her first child. Six-years back, the actress was against the idea of motherhood. But over the years, she realised the importance of family and evolved as a person. She opened up on her pregnancy and revealed what kind of parent she wants to be. She said, "I know that I want to be an engaged parent. My concern is to connect with my child, not to have a particular rule, or expectation." (Also Read: Mreenal Deshraj Of 'Ishqbaaaz' Fame Reveals She Dated Five Men But Still Unlucky In Love) 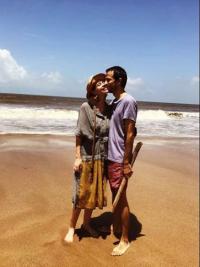 Kalki and her beau, Guy have already finalised the name of their child, and the actress shared, "I’ve chosen a name that works for either gender and that is representative of a gay person, because I want my child to have that freedom of movement under the many umbrellas of gender that we have."

She further added, "You need to become gentler with a child, more conscious of how what you do impacts the baby. I really don’t get how nature ensures the survival of the species; the first three months are just so unpleasant." Kalki also revealed that she is planning to deliver her baby through water birth. She will be moving to Goa and will deliver her child with the help of a midwife.

Coming back to Anurag and Kalki's failed marriage, in an interview, Kalki had talked about the same. She had shared, "Once I got married, I was only invited to the things that Anurag was invited to. People would say, 'Call Anurag's wife'. They wouldn't say, 'call Kalki' or 'call Kalki's husband'. In marriage, a woman becomes the weaker sex, even if her husband doesn't want her to be. This happens because of the way society has built the institution. I found myself alone after a very long time. I had to fill up that empty space somehow. I didn't want to fill it up by going crazy and getting drunk, or by surrounding myself with the people. I chose the introverted version of filling up myself by spending more time at home, with the family. I'm happy I went through that journey." 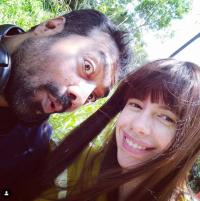 In an interview with Humans of Bombay, Kalki had talked about her struggles and divorce with ex-husband, Anurag. She had shared, "The struggles never really end. When my ex-husband & I separated, I had to deal with the rumors. Every time I stepped out with a man, the media thought we were dating. Journalists would ask how my life was post-divorce, how was I handling my career & balancing it? Even concerned neighbours would ask my parents' such questions. But I chose to ignore it." (Don't Miss: Aishwarya Rai Bachchan Shares A Lovely Picture With Her Little Angel, Aaradhya Bachchan)

Congratulations Kalki for embracing the journey of motherhood!