It is so empowering to see the leading ladies of Bollywood, cutting short the stereotypes and not putting a halt to their work, when the world thinks they should. While superstar Kajol is gearing up for her soon-to-release film, Helicopter Eela, third-trimester pregnant, Neha Dhupia is continuing her work like a pro! (Do Read: Angad Bedi Holds Pregnant Neha Dhupia's Hands And Safely Escorts Her Out Of Their Dinner Date)

Hardly after Neha Dhupia and hubby Angad Bedi announced to the world that the couple is expecting their child soon, the to-be mommy had shared in an interview, “I want absolutely no time off”. And thus, Neha is back with the third season of her bang-on show, No Filter Neha. The show boasts of many celebrities going all candid about competitors and their personal lives. One of the guests on Neha’s show is, Bollywood’s senorita, Kajol. Earlier sharing a couple of pictures from the chat show's shoot, the to-be mommy captioned it as, "She ain’t going anywhere now!! Finally got the elusive @kajol on #NoFilterNeha and we promise she’s worth the wait! @saavn #nofilternehaseason3." Take a look at a picture from the lot: In a fun trailer of the show that Neha had posted on her Instagram, we can hear Kajol probably speaking her heart out, giving a hint or a mere slip of tongue! While the question that was asked to her isn’t known, but Kajol’s answer and reaction was priceless! The Gupt star mistakenly calls Alia Bhatt, ‘Alia Kapoor’ and then hilariously prays to God for the mistake that she has made. Neha, on the other hand, made the most of the ‘Bhatt-Kapoor’ moment and was seen hooting at Kajol’s answer! Take a look at the trailer below:

Doesn’t that look like so much fun? Not just Kajol and us, many close industry friends and their parents themselves feel that Alia Bhatt should change into Alia Kapoor soon! In an interview with Mid-Day, Ranbir’s father, Rishi Kapoor indirectly dropped every possible confirmation on Alia and Ranbir’s budding relationship when he shared, “Jo hai woh hai, sabko pata hai. I don't need to say anything more.” The Mulk actor also shared that he feels that its 'high time' Ranbir starts thinking about his marriage seriously. Rishi Kapoor revealed, “It is high time he got married. I settled down when I was 27, Ranbir is 35. So he should think about marriage. He can marry anyone of his choice; we don't have any objection to it. I want to spend time with my grandchildren before I am gone.” He further shared, “[Be it] Ranbir or his contemporaries, actors have blinkers on and are focused on their work. The only women they meet are the actresses. They don't socialise as much; that is the flipside of life in the movies.” (Checkout! Alia Bhatt Has The Best Birthday Gift For Boyfriend Ranbir Kapoor, She 'Baked' It All By Herself) On September 28, 2018, Neetu Kapoor took to Instagram to post heartfelt birthday wishes for son Ranbir Kapoor and nanad Rima Jain, whose birthdays clash with each other. What was notable about the picture was it had two lovebirds (Alia Bhatt-Ranbir Kapoor) and two future-in-laws (Neetu Kapoor-Soni Razdan) together in one frame! The picture is indeed note-worthy but we have another interesting update for you. An insider told online portal BollywoodLife that the mommies were discussing about Alia and Ranbir’s marriage over dinner! Yes, a source revealed to the same portal, “Alia is in a great phase of her life right now. She is in love and they both are sure of each other. Marriage is certainly on the cards but it won't happen before 2020." Isn’t that amazing? 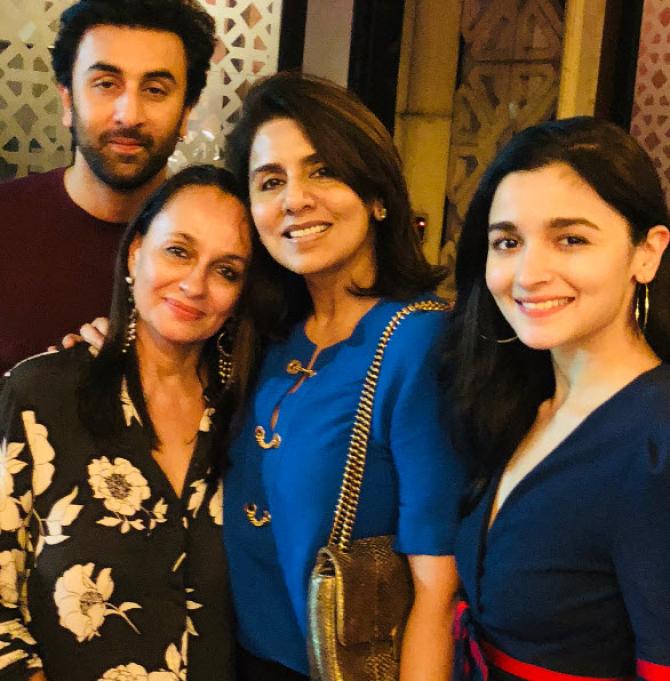 Close friend of the couple, Karan Johar himself, had shared that ‘Ranbir will be the best husband in the world’. On Karan’s radio show, Ranbir asked for some relationship advice from him. He had asked, “Agar ek relationship me aap ek galti karte ho, aur fir dubara woh galti karte ho (If you make the same mistakes in a relationship). So, what is the right way to sort out that mistake?” Karan replied, “Then you should exit that relationship. Because there’s no way, you can make two mistakes, one after the other, without realising that something is actually wrong, Ranbir. So, I am sure, you know what I am talking about?” When Ranbir further asked the Student Of The Year director if he has an advice for his girlfriend, Karan responded, “That you are the best husband in the world aur mene woh advice de diya hai, Ranbir (I have already given that advice)!” (Don't Miss! Alia Bhatt Helped Ranbir Kapoor Virtually Attend Krishna Raj Kapoor's Funeral By Video-Calling Him) 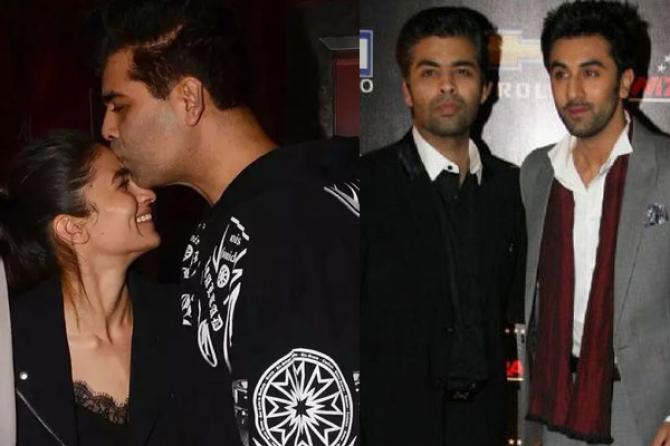 Kajol, how we love slips of tongue like these! Aren’t you all excited to watch Neha Dhupia’s show? Let us know in the comments section below.