Kajal Aggarwal, in the wedding glow which was just a workout away, donned a beautiful traditional outfit by designer, Anita Dongre for her mehendi ceremony. Check out the bride-to-be's first picture.

Just a day or two left before you embark on the journey as someone’s Mrs, you must be experiencing a mix of anxiousness and excitement. The pre-wedding ceremonies have begun and everything you have planned since months is finally getting executed. All you now need to do is sit back and enjoy the festivities to the most with your family and friends. More than any other wedding function, mehendi ceremony is the most fun and vibrant event as its effervescent vibes are all captivating and heart-tugging. For the ceremony, while some to-be brides flaunt the most colourful outfit, some simply go for soothing pastel shades. B-town’s bride-to-be, Kajal Aggarwal belongs to the latter category. (Also Read: Neha Kakkar's Unseen Bachelorette Pictures Shows Her Fun Side, Shines In A Glittering Pink Dress)

October 28, 2020, finally was the day when the pre-wedding festivities had kickstarted for Kajal Aggarwal as she was all prepped up to get her mehendi done. Before her mehendi ceremony, Kajal and her sister, Nisha Aggarwal had worked out and the latter had given a glimpse of the same on her IG handle. Nisha had posted a picture with the to-be bride and had written, “That wedding glow is just a workout away. Mehendi hai rachne vaali. #KajGautKitched” atop it. Then came the Mehendi Hai Rachne Wali moment when Kajal Aggarwal, in the wedding glow which was just a workout away, donned a beautiful breezy traditional outfit by designer, Anita Dongre. Kajal flaunted her mehendi clad hands as she smiled her heart out for the camera. Kajal completed her mehendi look with statement earrings and braided hair. Kajal has simply captioned the picture with her wedding hashtag, #kajgautkitched and nazar amulet emojis. Since Kajal Aggarwal is all set to tie the knot with her entrepreneur fiancé, Gautam Kitchlu on October 30, 2020, don’t you want to know how she had spent the last day before the ceremonies had begun, with her family? Like any to-be bride, Kajal is excited to step into this new journey of marriage and is making the most of her time with her family before tying the knot. On October 27, Kajal had posted a few lovely pictures with her sister, Nisha Aggarwal and nephew, Ishaan Valecha. Kajal had captioned one picture as “Last 2 days as Ms. Aggarwal Chilling with my partner in everything @nishaaggarwal” and the other one with a heart emoji. (Also Read: Soha Ali Khan Shares An Unseen Monochrome Picture Of Her Mother, Sharmila Tagore From Her Wedding) 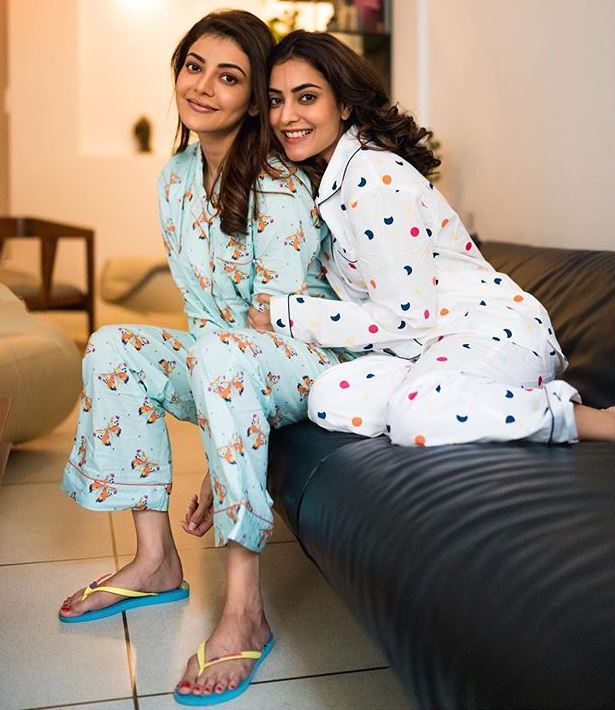 In an interview with the Hyderabad Times, Nisha Aggarwal had thrown some light on the wedding preparations of her sister, Kajal Aggarwal. Nisha had said, “Despite the restrictions in place, we’re trying our best to create the shaadi ka mahaaul. We will be hosting traditional haldi and mehendi ceremonies at home. Both ceremonies will take place on the same day - October 29, one day before the wedding. My father has been looking forward to Kajal’s wedding day for so long, so it’s a special time for all of us. We’re also a bit emotional as Kajal will be getting married and leaving home. So, at the moment, we’re trying to spend as much time as we can with her. But everyone wants a piece of the bride during this time, so I haven’t gotten to spend much time with her.” 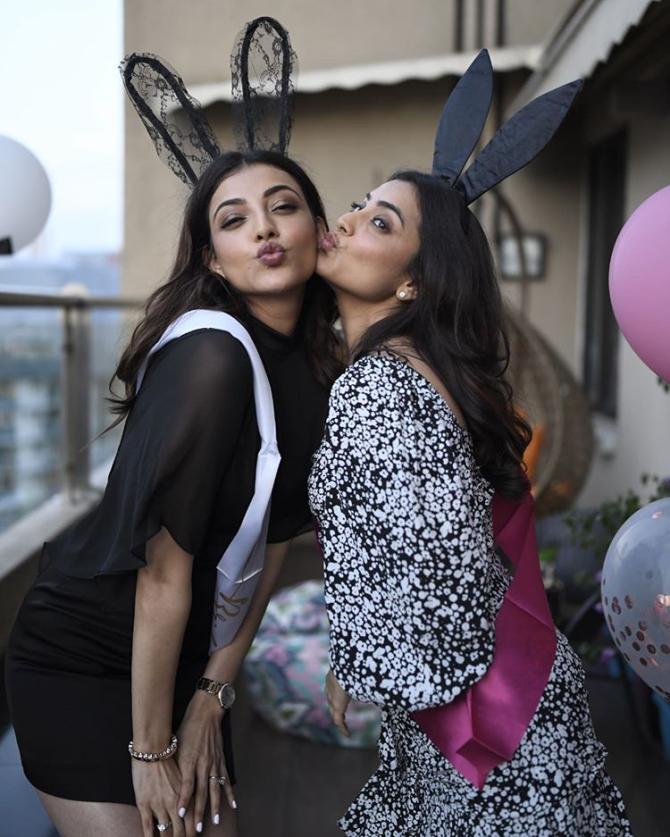 Ahead of their wedding, Kajal Aggarwal and Gautam Kitchlu had set up their new house together. Before moving into their new pad, Kajal and Gautam had set up their stuff and the former shared a glimpse of the same on her IG story. Kajal had written, "Doing up our new pad. Any suggestions?" Kajal had also asked her followers to spot her Mr in the picture, “Also spot the Mr. @kitchlug". Later, Gautam had posted pictures of before and after of their bedroom in their new pad and had captioned it as “Before//after #homesweethome.” (Also Read: Urvashi Rautela Makes A Statement In Lehenga and Jewellery Worth Rs 55 Lakh at Neha Kakkar's Wedding) 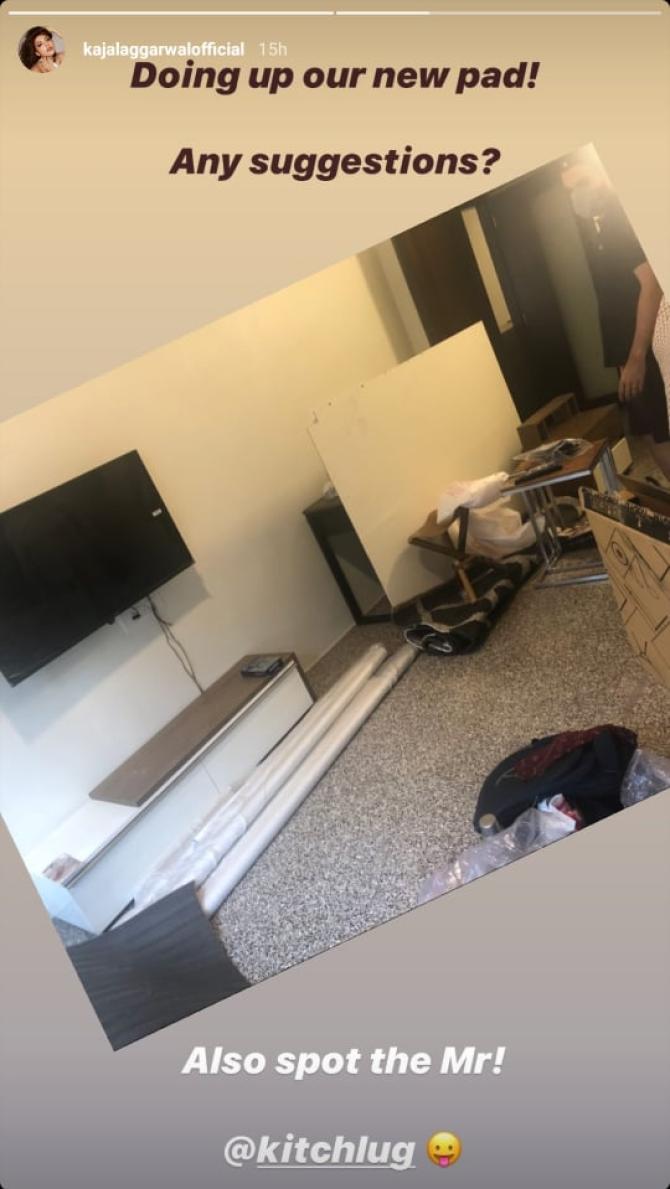 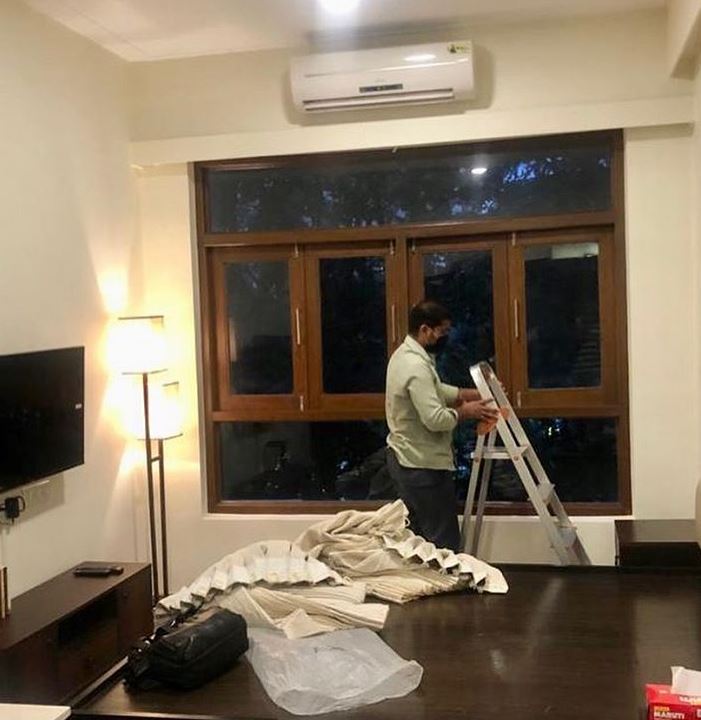 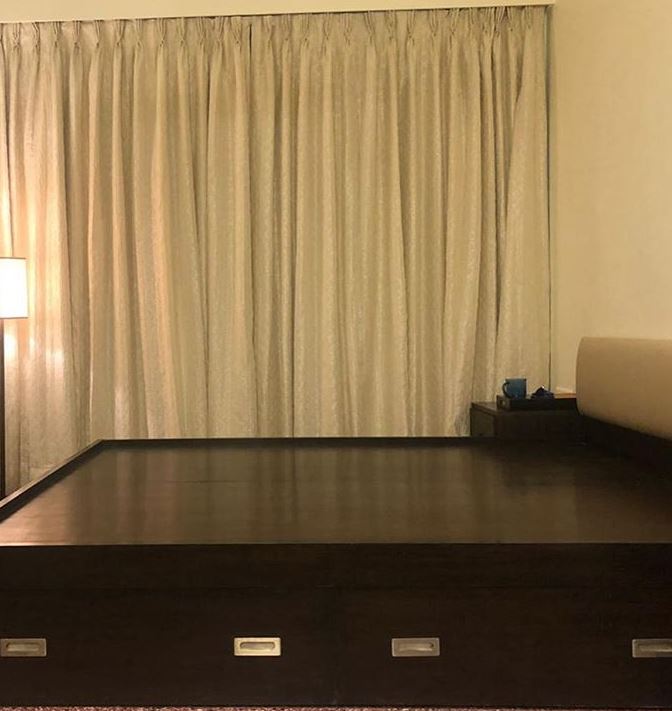 Isn’t Kajal looking beautiful in her mehendi outfit? Stay tuned with us to get more glimpses of #KajGautKitched wedding!