Kajal Aggarwal's hubby, Gautam Kitchlu is a hands-on daddy, who is acing his fatherly duties like a pro. Check out!

Popular actress, Kajal Aggarwal is currently basking in the glory of the new chapter of her life, i.e., motherhood, and she is enjoying every bit of her beautiful journey. The actress has taken a break from work and is busy doing her mommy duties towards her newborn, Neil. Just like every other pregnant woman, Kajal's pregnancy was nothing less than a rollercoaster ride, but she had managed it all, thanks to her supportive hubby, Gautam Kitchlu.

For the unversed, Kajal Aggarwal and her husband, Gautam Kitchlu had embraced parenthood on April 19, 2022. It was on April 20, 2022, when Gautam had shared a picture postcard on his IG handle and had revealed the name of their newborn baby. The newbie daddy had confirmed the arrival of their baby boy and had revealed his name in the postcard. Atop it, he had written:

Recommended Read: Pranitha Subhash Reveals Her Daughter Is 'Daddy's Girl', Shares A Glimpse Of Her Baby With Hubby 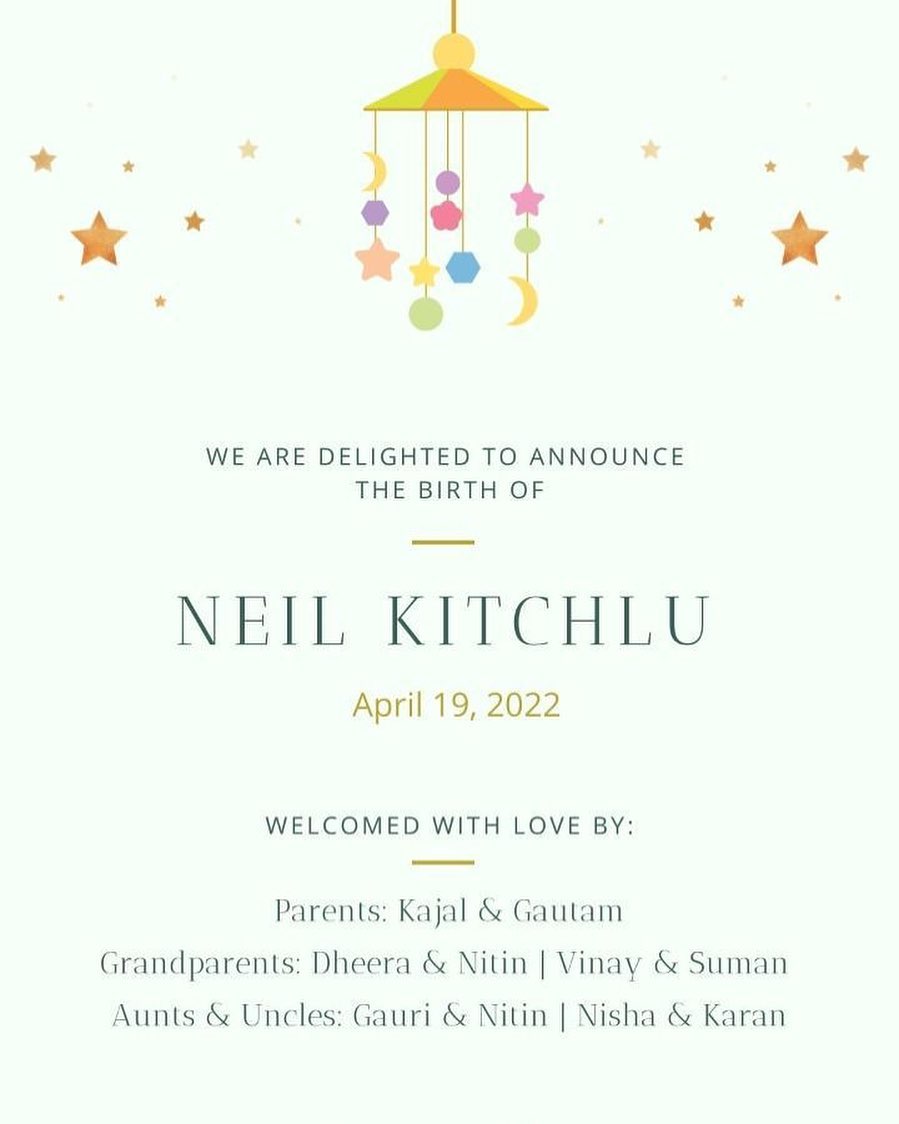 Kajal Aggarwal's world revolves around her little one, Neil, and she often shares glimpses from her motherhood journey on her IG handle. On June 28, 2022, Kajal took to her IG story and shared an adorable picture of her hubby, Gautam and their baby, Neil. In the priceless photo, Gautam can be seen working on his laptop with one hand and held his baby boy in his arms from the other hand. The picture was too adorable to be missed, and it proved that Gautam is a hands-on daddy. Sharing the photo, atop it, Kajal penned:

"#Earlymornings at the Kitchlu residence."

Well, this is not the first time that Kajal Aggarwal showed us how her hubby, Gautam has been acing his fatherly duties. On May 15, 2022, the new mommy had shared a cutesy IG story of her baby, Neil and her husband, Gautam. In the picture, we could see the newbie daddy sleeping while their son was taking a nap on his chest. Atop it, Kajal had penned a cutesy note and had shared that the daddy-son duo had passed out post the feed. She had written: 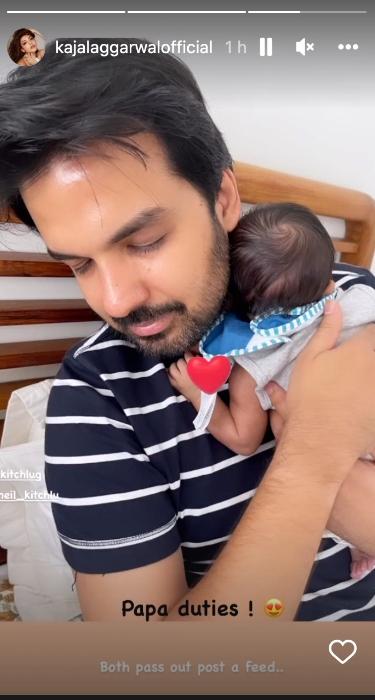 Well, not just a hands-on father, Gautam is also a doting husband, and he has been a supportive partner to his wife, Kajal. In an interview with the ETimes, Kajal had recalled how Gautam was glued to her through her pregnancy. She had shared that he had tried his best to comfort her whenever she had felt nauseatic in her early trimester. In her words:

“My early trimester was difficult… I had a lot of nausea. And every time I woke up to throw up, he would also wake up and follow me till the bathroom. He always tried to ease and comfort me in whatever way he could. He also accompanied me for every visit I made to my doctor. He dealt with it all so well.” We love the cutesy picture of Kajal's hubby, Gautam and their son, Neil!

Next Read: Kareena Kapoor Shares A Cutesy Glimpse Of Her Son, Jehangir Ali Khan Enjoying His Playtime At A Park 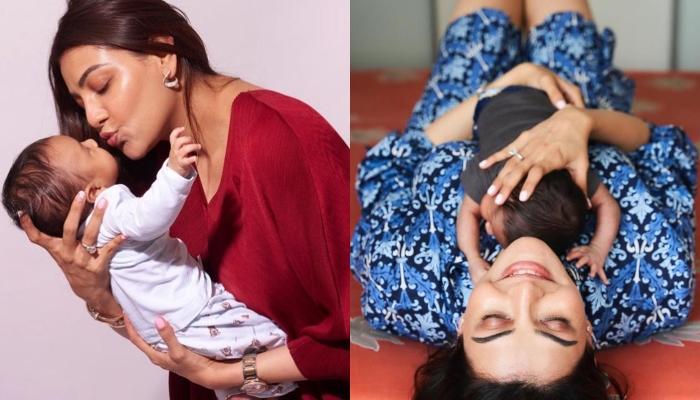 Popular actress, Kajal Aggarwal and her darling hubby, Gautam Kitchlu embraced parenthood for the first time on April 19, 2022, with the arrival of a baby boy into their lives. They have lovingly named their prince, Neil Kitchlu. Since then, the couple has been enjoying the best of their parenthood phase, and glimpses of