Kabir Sadanand Of 'Family No.1' Parts Ways With His Wife, Archana Sadanand? Details Inside

Kabir Sadanand Of 'Family No.1' Parts Ways With His Wife, Archana Sadanand? Details Inside

While the Tinseltown is abuzz with celebrity romances, 'Fugly' director, and 90's actor, Kabir Sadanand's marriage with wife, Archana Sadanand is over. Scroll down to know more! 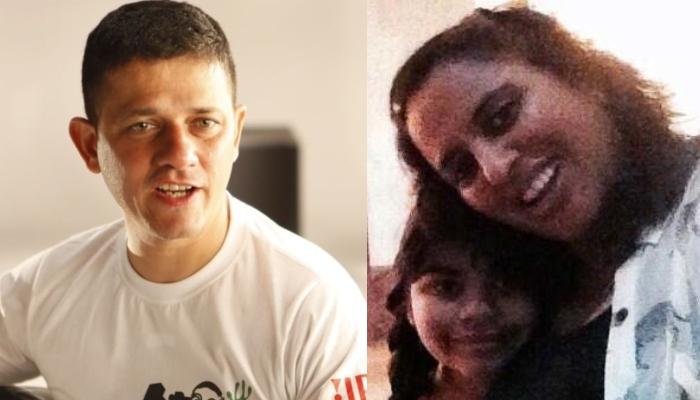 There is nothing more beautiful than love but when things take a turn, it is better to let go than to hold on! And while society still takes divorce as a tragedy, they forget that moving is better than ruining your life by staying in an unhappy marriage. After all, no one’s life ended after divorce, but it did when they stayed in a relationship that no longer served them or became toxic. It not only takes a toll on your personal health, but also on your mental health. (Recommend Read: Shivangi Joshi Celebrated Her Birthday With BF Mohsin Khan And Their Friends, Pics And Videos Inside)

While the Tinseltown is abuzz with celebrity romances and marriages, we got another couple, who have decided to end their marriage. We are talking about director, Kabir Sadanand, who rose to fame with a social thriller film, Fugly (2014). The director got married to a leading publicist, Archana, who handles top celebrities like Aishwarya Rai Bachchan, and they are proud parents of two children.

However, all is not well in their paradise as they have decided to part ways. According to a latest report by SpotboyE, Kabir and Archana are already living separately and they have filed for the divorce. (Also Read: Ranveer Singh And Deepika Padukone's PDA Over Her Cannes 2019 Looks Proves They Are Madly In Love)

A source has informed the website, “There weren't too many differences between them, it's simply a case of growing apart.” The source further stated, “Marriages still work out but provided both partners invest equally in it. Aajkal ka problem yeh hai that both partners don't invest in it equally." Perhaps something similar happened in case of Kabir and Archana? "Kabir and Archana have parted ways on not a very sullen note. They are both mature to realise that it was just one of those things that couldn't have sustained any longer.”

Well, coming back to Kabir, he has always been dedicated to his family. Earlier in an interview, he had revealed how he let his son make a debut in his short film. He had shared, “Ah. That was the most difficult one.  I was really proud of him. Jimmy (Shergill) is a close friend of mine. So Jimmy and I were discussing. We were doing a scene and I told my son Arya, we will try and do it this way. So he looks at me and says Listen to me dude I am the actor here, I will do it my way. If you find it correct, we will go ahead, if you don’t, we will do another one. I looked at Jimmy and Jimmy said kehne ko tera beta hai, magar tera baap hai.” (Don't Miss: Sonu Nigam Lost His Mother To Cancer 6 Years Ago And Still Cries For Her, Has An Idol Of Her At Home)

It is really sad to know their relationship has ended on such a bad note!