In an interview, filmmaker, Kabir Khan opened up about knowing Shah Rukh Khan and his wife, Gauri Khan from his college days and revealed various secrets. Check out!

Bollywood superstar, Shah Rukh Khan, needs no introduction. With his charisma and enigmatic personality, there must be no one in this world in whose heart he has not etched a special place. With his humble nature and grounded attitude, even after having all the luxuries in life, King Khan is also loved by his co-workers, friends, and his close-and-known ones. One such old-school friend of SRK is popular director, Kabir Khan. He opened up about SRK's help during his master's course, and we were stunned by the revelations.

Apart from Shah Rukh Khan's huge success in his professional life, he is one of those stars who is looked after for his dedication and love towards his family. For the unversed, he is married to his childhood sweetheart, Gauri Khan and the much-in-love duo is proud parents of three beautiful kids, Aryan Khan, Suhana Khan and AbRam Khan. Glimpses from his merry family are often seen on their respective social media handles.

Recommended Read: Sanjay Gagnani Reveals Why He Prepares Breakfast For His Wife, Poonam, And It's Pure Husband Goals Filmmaker, Kabir Khan has already proved his directorial skills in quite a number of films. Recently, in an interview with the Mashable India, Kabir opened up about his bonding with Shah Rukh Khan much before the filmmaker had joined the entertainment industry. For the unversed, SRK was Kabir's senior at AJK Mass Communication Research Centre (MCRC). In the interview, Kabir revealed that while he was doing the filmmaking course, he had used SRK’s notes to study. Recalling the same, Kabir mentioned:

“I was doing Masters in Communication which was predominantly a filmmaking course. Before me, the most famous person from our institute was Shah Rukh Khan. He was my senior in MCRC. I used his notes to study. I knew Shah Rukh before he joined the industry.” Further, in the same conversation, Kabir mentioned SRK's beloved wife, Gauri Khan. He shared that Gauri and Kabir used to dance together. He further added that together with Gauri, the director had done a show during their college days. Kabir can be heard saying:

“His (Shah Rukh) wife and I used to dance together and we did a show together called West Side Story. Gauri is a fabulous dancer."

Also Read: Kareena Kapoor Khan Takes Care Of Baby Jehangir While Prepping For Shoot In The Hills Of Kalimpong For the unversed, Shah Rukh Khan had worked in Kabir Khan's directorial film, Tubelight in 2017 co-starring, Salman Khan. In addition, SRK had also narrated the filmmaker's Amazon Prime Video series, The Forgotten Army. And not only that, Kabir Khan had also directed 'King Khan' in a campaign for Dubai Tourism. Earlier, in 2017, during the release of the film, Tubelight, in an interview with the Indian Express, the filmmaker was asked about the possibility of a full-fledged collaboration with Bollywood's superstar, SRK. To this, Kabir had mentioned that he knew SRK from their college days and had said:

“I would love to work with him. I have known him since college days in Delhi. We shot for an advertisement recently and we do speak about ideas. So, if there comes an idea, we both agree upon, I am sure we will collaborate.” 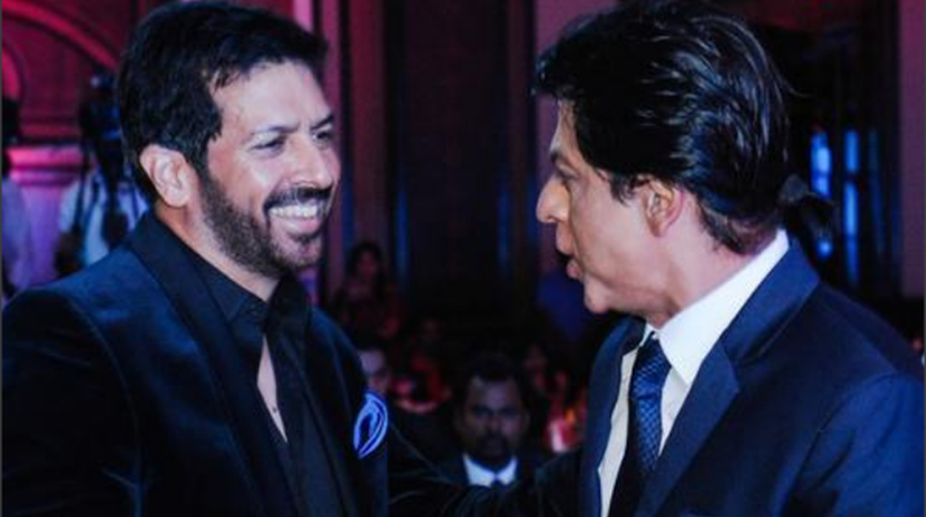 What do you think about Kabir's beautiful revelations?