Juhi Parmar is acing the role of a single mother to her seven-year-old daughter, Samairra. In a recent interview, she opens up about the challenges of being a single parent.

Being a mother empowers a woman with many abilities. It brings in her highest potential and gives her the power to face the society and its norms. When a woman becomes a mother, everything starts revolving around her child. Motherhood gives her the wings to fly and explore her hidden talents which she never thought had existed in her. One such doting mother of the telly world is Juhi Parmar, who dotes on her daughter, Samairra, and often shares glimpses of their mother-daughter moment on her social media handle. (Also Read: Himesh Reshammiya's Personalised Second Anniversary Gift For Wife, Sonia Reflects Their Musical Love)

Juhi Parmar had become a household name with one of the most popular serials of Star Plus, Kumkum. On February 15, 2009, Juhi had gotten married to actor, Sachin Shroff and after eight years of marital bliss, Juhi and Sachin had parted their ways. On July 25, 2018, Juhi and Sachin had gotten legally separated and the custody of their daughter, Samairra had been given to Juhi. But Juhi and Sachin take all the efforts to make sure that their separation doesn’t affect their daughter, Samairra by being there for her. By celebrating her birthday, to taking her out, the ex-couple makes sure that Samairra gets the love of both her parent. Being a single mother can be really tough sometimes as one has to play both the roles of a father and a mother. In an interview with the Hindustan Times, Juhi talks about how she manages the role of a single mother and said, “I have accepted the reality as this is something that no one plans. I think the biggest challenge of being a single parent is dealing with the guilt of not being able to be with your child as much as you would want to. Maintaining a work-life balance gets difficult but I am grateful to my parents who have been there and taken care of my daughter when I am not around.” 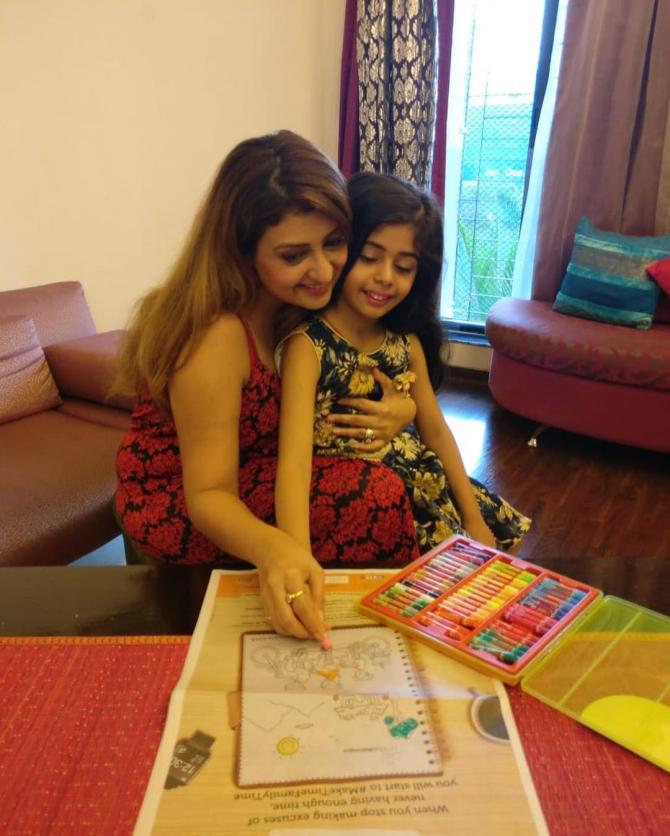 Juhi gave credit to her seven-year-old daughter, Samairra for inspiring and motivating her. She also retorted that Samairra is her strength and revealed, “She is the reason I am able to look forward to life every day. I do everything for her.My daughter has been my biggest strength. I want to set an example for her so that when she grows up, she can confidently say that she is proud of her mother. Sachin and I are good friends and have been cordial. We have moved on believe not to carry any grudges or have any animosity. We are all in a happy space where our daughter doesn’t feel any vacuum. Samairra is absolutely free to meet and talk to her father whenever she wants to and vice-versa also. I believe a divorce happens between a couple and not parents.” (Also Read: Sushmita Sen's BF Rohman Shawl Turning Fitness Trainer For Daughters Renee And Alisah Is Major Goals) On January 27, 2020, Juhi Parmar and Sachin Shroff’s daughter, Samairra had turned 7, and the doting parents had penned down heartfelt notes for the birthday girl. Juhi had written, “I know I always wanted a daughter and today truly is not your birthday but mine, as a mother!  You have made me a better human being, given birth to emotions, I never knew resided inside me...I fall short of where to begin talking about how wonderful my ride has been as a mother and that's all thanks to you my Ginni, my Samiarra!  Every little thing I do, you are my first thought, every little move I make, you are my first priority, today there is no Juhi without Samiarra and that is the most precious part of my life I would never trade for anything.  I can not believe that you are already 7, yes 7 is such a big number!  They say daughters become friends to their mothers once they grow up and it's so true as I see you in every way doing all that and so much more for me.  I love you my little baby, Happy 7th!” Her doting daddy had written, “Happy Birthday to my baby (heart emoji) @samairratales.” In an interview with the Times of India in 2018 post her divorce, Juhi had opened up about Samairra’s reaction about her parent’s separation and had stated, “Children are very instinctive and they know when something is happening sometimes without you having to spell it out for them. It’s been difficult but she's a very mature child and luckily has never really asked too many questions.” Juhi had also revealed whether Samairra was mentally prepared for it and had retorted, “There was no preparation and like I mentioned earlier children are instinctive and understand things very quickly.” (Also Read: Sayantani Ghosh Is Planning For A Virtual Wedding With Beau, Anugrah Tiwari Amidst The Lockdown) 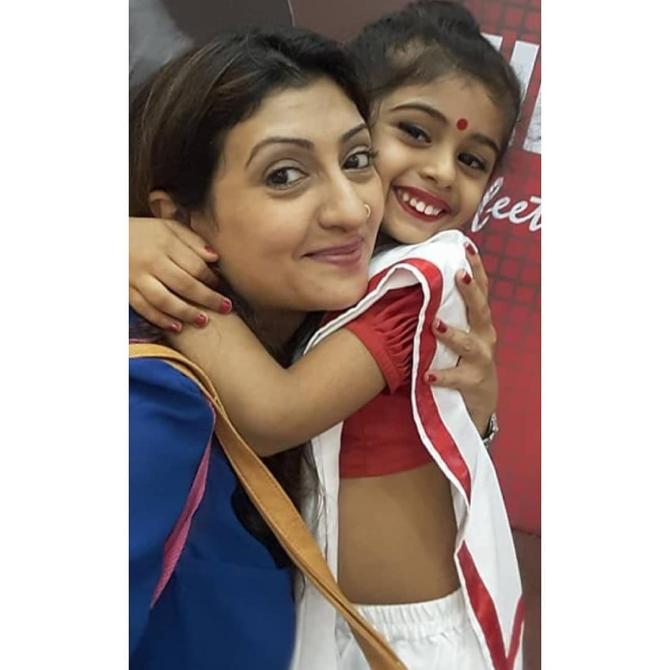 Well, Juhi is a strong woman and we wish her all the best for her future endeavours.