If you think that celebrities’ life is a bed of roses, then you are completely wrong. They have their own share of ups and downs, when it comes to their romantic life. One such actress whose love life was not an easy sail is that of Miss India pageant winner and Qayamat Se Qayamat Tak fame actress, Juhi Chawla. The pretty-looking actress who was a sensation late back in the 1990s, Juhi got married to an industrialist and their love story was a roller-coaster ride.  (You May Also Like: Anil Kapoor Was Scolded By Wife Sunita Kapoor A Night Before Oscars Due To A Profound Reason)

It was in 1995, when Juhi Chawla and Jay Mehta took the wedding vows in a secret marriage, five years after Jay’s first wife passed away. Their wedding was a very close-knit affair that blew the media and all her fans within a jiffy. Yes, Jay was a widower to whom Juhi gave her heart! He was earlier married to Yash Birla’s sister, Sujata Birla who lost her life in a plane crash that occurred in Bangalore in 1990. 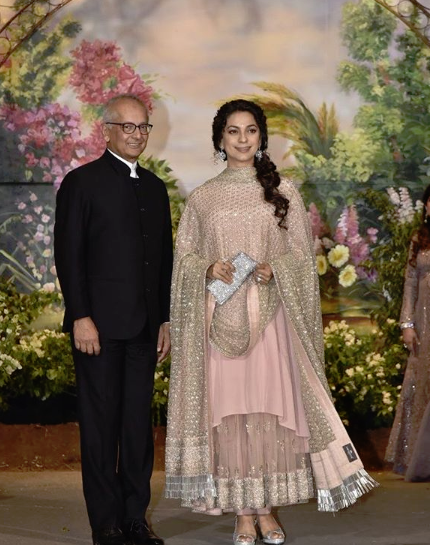 Juhi and Jay, together have two kids, a daughter Jahnavi Mehta and a son Arjun Mehta who were born in 2001 and 2003, respectively. If you look at many instances, Juhi hasn’t much talked about her marriage with Jay. But lately, while promoting her latest release, Ek Ladki Ko Dekha Toh Aisa Laga, in an interview with Zoom TV, she has opened up about it. She revealed the secret how Jay used to woo her before they got married. Juhi shared, “Every day, for over a year, every single day, I would receive flowers, gifts, cards, every day. And I sometimes I wondered ki Jay kuch kaam bhi karta hai ke nai.” (Also Read: Ekta Kapoor To Host A Grand 'Naamkaran' Ceremony For Her Newborn Son Ravie, Details Inside)

The Zero actress further added, “Wherever I went, if it was my birthday, there was a truckload of red roses, a truckload. And I am like, where do I put them? And if by chance, there was a day when something didn’t turn up, I was like, Ah I missed it. So, he really wooed me in style. Did all the best things for me. If I was shooting somewhere, e would fly down to meet me. He really did all that romantic stuff. Then, of course, we got married. After that, I have not seen cards or the roses”. Here’s the video:

For the ones who don’t know, Juhi and Jay were introduced by famous actor-director-producer, Rakesh Roshan, while they were filming for a movie named, Karobar. Though the film didn’t do well at the box office, but it did make Juhi and Jay friends for life. The romantic angle between the two didn’t bloom all this while, but it was only after Jay’s first wife died. It was Juhi who used to pull him up during his hard times and this sort of brought them closer to each other. (Checkout: Pavitra Punia's Ex Paras Chhabra Gets Current Girlfriend Aakanksha Puri's Name Inked On Wrist) 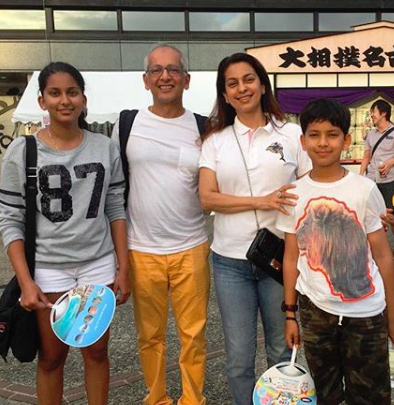