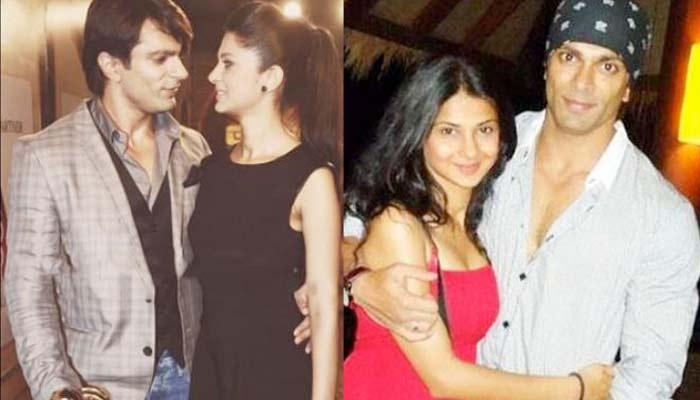 If you are a popular name in the big and gorgeous glam world, everything you do or say becomes a big deal. And this majorly includes your personal life. Whether you are dating someone or just broke up, it’s out in the open and for people to pass judgments on. One example we can quote here is the famous Jennifer Winget-Karan Singh Grover-Bipasha Basu story.

When Karan started working with Bollywood babe in Alone in 2015 (shooting began in 2014), there were huge speculations that he was cheating on his then-wife Jennifer Winget with Bipasha. And this became one of the most widely accepted reasons for his divorce from Jennifer.

When Karan announced his wedding with Bipasha, ex-wife Jennifer wished the best to the couple. While Karan and Bipasha tied the knot on April 30, 2016, and have been the happiest since then, Jennifer, on the other hand, was linked with her former co-star Gautam Rode.

The actress snubbed all the link up rumours stating they were just good friends. 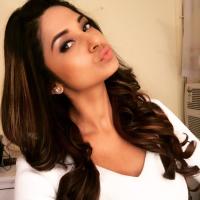 Since the time both Jennifer and Karan moved on in their respective lives, Jennifer has never spoken about her ex-husband Karan or his current wife Bipasha. But, recently, the actress who is currently seen in Beyhadh as Maya, spoke about her failed marriage for the first time ever since her divorce from Karan.

Also Read: Samantha Prabhu And Naga Chaitanya Are Going For A 40-Day Honeymoon

Before we go ahead and give you the details, here’s something interesting and weird that happened with these three celebs – Jennifer, Karan, and Bipasha.

According to a report by SpotBoyE, Karan ‘liked’ a photo Jennifer posted on her Instagram page, and then quickly, unliked it. Now, if this wasn’t weird enough, here’s something more. Bipasha, too ended up liking a photo of Karan’s ex, Jennifer. SpotBoyE also reported that the video Jennifer posted on her birthday on her Instagram account too was liked by Bipasha and like hubby, she too unliked it. 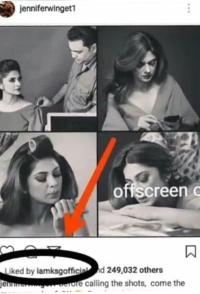 When asked by Bombay Times, what she has to say about Bipasha liking and unliking her photo, Jennifer said:

“Yes, so I heard. I don't know why a lovely, casual gesture by her became headlines and was turned into some sort of an investigation. I don't think it was fair to write so much about it. Fortunately or unfortunately, we are connected in some way. I can't say what made her unlike it later. This question should be posed to her. All I can say is, we have moved on way beyond and are in a better space now.” 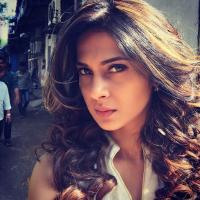 Now coming to Jennifer’s honest full interview with Bombay Times which threw light on her much-hyped divorce from Karan, here’s what the actress revealed. Firstly, when asked about her ‘failed’ marriage with Karan and if she has closed doors on love, Jennifer said:

“Failed is too harsh a term to refer to something you gave your best to, and tried hard at. It has not left me disillusioned. We should never close our doors on love. Why should it be restricted to a companion? There is no lack of love in my life. In fact, I have never been this happy and loved. I am in love all the time... Talking about marriage, it is a beautiful institution and it's amazing if two people want to be together. However, the decision has to be mutual; it's a team work.”

You may like: Vahbiz Dorabjee Confirms That Her Marriage With Vivian Dsena Is Over 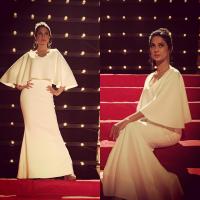 While speaking to a magazine, Karan had gone on record in calling his marriage to Jennifer a huge mistake. Jennifer, describing her marriage to Karan said:

“Well, that is his opinion and he is entitled to it. I won't call our marriage a mistake, though. I don't regret it because it was a choice I made. Waise, I don't regret anything that has happened in my life.”

Must Read: TV Actress Anushkaa Singh Secretly Ties The Knot With Her Fiance

On talking about the time she took to open up about her marriage with Karan, Jennifer said:

“I wanted time to understand what was going on and how to deal with it. I owed it to myself, my family and those who believed in me. People talk, but that's alright with me. It was a life-changing experience. However, I didn't feel the need to justify myself to anybody because it was my life and my choice. Neither did I feel the need to tell everybody that I am fine. One man entered my life and then left it -- that's all there is to it. It can't be the be-all and end-all of my life. Now, both of us have moved on and people should move on, too.” 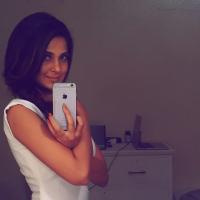 When asked if it was the breakup turned into an emotionally challenging time, Jennifer said:

“It's sad when any relationship, not just marriage, doesn't have a fruitful ending. I had lived with him for so long, so it obviously took me a while to deal with the situation. I experienced a gamut of emotions, but I was so strong that I came out of it without any trouble. Also, I had a lovely support system in my family and friends. Today, all of us are in a happy space.”

Now finally answering if she holds any grudge against her ex Karan, Jennifer in a very matured way said:

“There is no grudge at all. We are all human beings, and no one is perfect. How will I learn if I don't make mistakes? I will tell my future children also to make as many mistakes as they can because that's how they will learn. There is no ideal man, woman or relationship. Life is full of ups and downs. I have absolutely no bad memory of the marriage even though it has ended. In fact, I am thankful to Karan for an experience that taught me so much about myself. It has made me realise my strength, who my true friends are and how awesome my family is. I would have been a different person if this marriage and divorce hadn't happened. I also got so much love from his parents. I regret nothing and feel blessed instead. I have come out as a better, stronger, more loving and kickass person because of whatever happened. Earlier, I was impulsive and would get carried away. Now, I pause and think before doing something.” 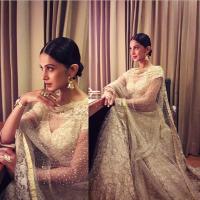 And now speaking if a second marriage is anywhere on the cards for her, and will she ever date or marry an actor again, Jennifer said:

“I want to marry a good person, not his profession. If the person is good, the profession doesn't matter. I hold honesty, simplicity and genuineness above everything.”

You may like: Ex-Bigg Boss Fame Mandana Karimi Claims Her Mother-In-Law Forced Her To Leave The House

Revealing if she was hurt when Karan was quick to move on life and marry Bipasha, Jennifer said:

“There's no hurt; I can't decide what he does. Every person is different. I like to give myself time to deal with an issue. I get to the root of the matter and learn from it. I don't like to repeat mistakes. I will not fall into a ditch now.” 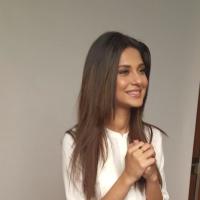 When asked if she was still in touch with her former in-laws (Karan’s parents), Jennifer said:

"Unfortunately, no. I am so busy that I barely get to see my own parents. Also, they live in Delhi. But I love them a lot, as they have given me so much love. I will always have the fondest memories of them. They are the most amazing people I have met. They still love me, I know that."

Here’s wishing the best to this fighter of a lady, Jennifer Winget. For more scoop on your favourite and TV celebs, stay right here.

Next Read: Deepak Tijori's Estranged Wife Shivani Asks 1 Lakh For The Welfare Of Their Daughter Samara